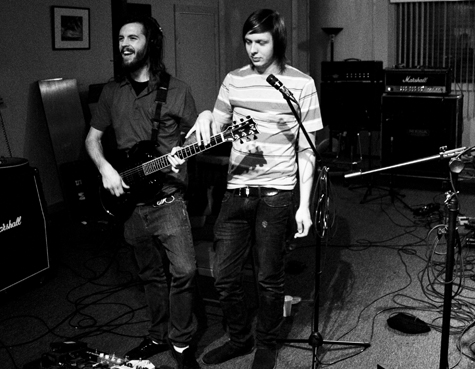 With Their Debut EP for Equal Vision Records, Mozart Season Gets Down to Business

Movies–especially great love stories–end when the characters realize their love for one another. But really, isn’t that the beginning of the story? With roughly five years under its belt, Sacramento post-hardcore band Mozart Season has had a career that is practically cinematic in its ups and downs: extended breaks, members coming and going–it hasn’t been the smoothest ride. But through it all, the band’s founding members, including frontman Nate Richardson, managed to keep the banner of Mozart Season flying at full mast and play to an avid (and downright rabid) local fan base. In June, the band announced that they had signed with Equal Vision Records, a name of great renown in the punk/hardcore scene. The Albany, N.Y.-based label has been home to Coheed and Cambria, Circa Survive and H2O, and now boasts a lineup that includes Pierce the Veil and Chiodos among others.

“I’ve always been working toward this,” says Mozart Season bass player Troy Cooper, a member of the band since November 2008. Cooper was handpicked to take the mantle of bass player by his predecessor, Richardson’s older brother Nick. Cooper is still very appreciative of the opportunity he was given and able to run with. “To join Mozart Season with people I was friends with and play the music I enjoy and sign to the label I’ve wanted to sign with since I was a kid is crazy and lucky,” he says.

A fairytale ending? Actually, it’s just the beginning of the story.

The band announced the signing to Equal Vision with a quick blast on Twitter. “We are very excited to annnounce [sic] that we have signed with Equal Vision Records!” the post read. The day before, the band hinted that they’d be letting fans in on “the greatest secret we’ve ever kept.” But this great news wasn’t as immediate as Twitter’s 140 characters might have you believe. The band traveled a long road to work up to that announcement.

“We officially signed two months ago,” Cooper explains. “We’ve been working on the album and getting all the artwork together. The whole preparation for the announcement took a long time.”

In fact, Mozart Season had been in touch with Equal Vision for a long time prior, but the band’s first attempt to get the label’s attention fell through.

“What initially happened is that when we hit up Equal Vision, we talked to one of their regular A&R guys, and we just lost touch with him,” Richardson says. But, according to Richardson, the band pushed on undaunted, and soon it was Equal Vision that came calling after them.

“We just kept touring and doing our thing and then Equal Vision hit us back up, so that’s what got us excited as far as them pursuing us,” he says. “From there, it was really easy to get in touch with them. They were open and honest about our contract, what they wanted and expected out of us, and we had the same policy with them. It was a good fit. We felt real comfortable with them from the start.”

“We met with him, had dinner with him and talked with him about the label and got to know him better,” Cooper says. But even though he may have always wanted to be a part of the Equal Vision family, Cooper and the band didn’t jump to any decisions as far as picking a label goes. He says he was also realistic about what signing to a label actually meant.

“When Equal Vision offered us a deal, we talked to our friends in bands that were signed about the perks, the pros and cons, the reality of what being signed is–which isn’t everything everyone thinks it is,” Cooper says. “You don’t get thousands of dollars thrown at you, and you don’t rocket to the top. Everything is still about working hard and building a name for yourself.”

With the label deal sorted out, Mozart Season focused on the real work–putting together their debut for Equal Vision. After some discussion between the band and the label, it was decided to release an EP, Nightmares (due out July 20, 2010), that would comprise old and new songs. Three songs (“Look Mom, I’m on TV,” “Saint Peter” and “Ankle Deep Ocean”) were taken from the band’s previous effort, the independently released 2009 EP Apotheosis, with the remaining three being new material.

“These three songs we felt were not only the standout three of Apotheosis, but also the songs that fit the theme of the Nightmares EP–just chaos and being scared of the future and the past,” Richardson says. 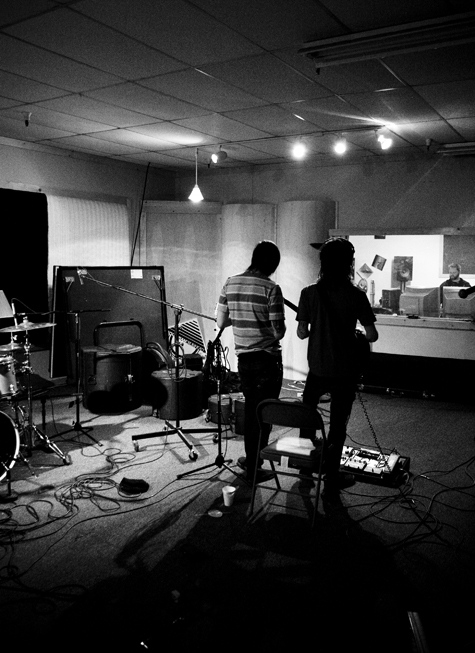 The songs chosen from Apotheosis were not tweaked or re-recorded for Nightmares. Cooper says that Equal Vision “really liked” Apotheosis, and wanted to bring its songs to a wider audience.

“We’ve sold a lot of copies of that EP [Apotheosis] on iTunes and hard copies, but on a grand scale, so many people have yet to hear those songs,” Cooper says.

There was even talk of just re-releasing the old EP under the new label, but Cooper calls the decision to mix old and new material the “middle ground” between the two ideas.

“We released [Apotheosis] a year and a half ago now…in January 2009, so we’ve been playing those songs for a while,” Cooper says. “We’ve been promoting that and putting that out for a while. We had these new songs written, and we were planning to record a new EP even if we were unsigned this time this year.

“Our sound has progressed so much over the last year of the band playing together, mostly because this is our first time we’ve had a good amount of time to write with each other, with some of the new members,” he goes on to say. “We wanted to just show the progression we’ve made.”

This progression sounds like an absolute explosion with Nightmares’ opening track “Famous Last Words (You’re Nothing Without Me).” The furious fretwork of guitarists Sam Trux and Benton Christensen fuel Richardson’s vocal fire as heavy verses give way to catchy, melodic choruses. Richardson’s performance shows remarkable versatility morphing from abrasive hollering to something sweetly sonorous. The vocalist says the pop influence in some of the band’s newer songs wasn’t necessarily intentional. However, he does credit the EP’s engineer, Jay Trammell, with guidance toward that direction.

“That’s just what came out,” Richardson says. “I’m flattered that you said it’s catchy. I’m stoked, but that wasn’t what I was going for. Jay definitely helped shape that with me.”

“We wanted to write a song that has a lot of heavier parts to it, but wasn’t generic,” Cooper says of “Famous Last Words.” “We don’t try to overcomplicate stuff too much.”

Unfortunately, outside complications affected the recording process of Nightmares. One drummer left to get ready for marriage and another, Joseph Arrington from Utah-based band Riots of Eighty, stepped in to record the drums for the album. Luke Allen (formerly of Consider the Thief) has since replaced Arrington as Mozart Season’s permanent drummer. Luckily, Equal Vision was very understanding of the band’s predicament.

“They were really supportive and at that point, just working with the four core members: Benton, myself, Troy and Sam,” Richardson says. “Once we brought Luke on board, they were super stoked about his history with Consider the Thief and his drumming ability. They wanted us to take our time and find someone we’d be happy working with for a long time.” Richardson goes on to say that Allen is the best drummer Mozart Season has had. “He’s the shit. He rules, and you can put that in writing.”

Though they’re both pleased with their band signing to a prominent indie, both Richardson and Cooper realize that the real work starts now.

“We’ve been jamming and playing local shows and small tours for the last five years–five years for me anyway,” Richardson says. “A lot of people think that’s the first step, but really that’s the hobby aspect of what a music career is, and now we’re at the beginning. We finally have what we need to get the songs out there and blow up.”

Armed with a new EP, label and a strong work ethic, it would seem Mozart Season has what it needs in place for a blockbuster ending. 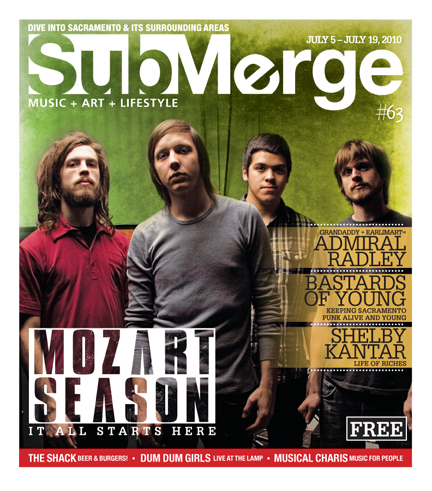 Nightmares will be available in stores and on iTunes July 20. On the same day, the band will meet up with the No Bummer Summer Tour alongside Gwen Stacy, Lower Definition and A City Serene. The tour will travel around the Western United States and end in Camarillo, Calif., at Rock City Studios on Aug. 2.