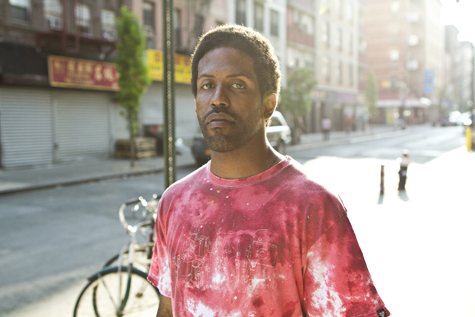 Los Angeles rapper Murs never sought to be different as an angle or platform to get his music heard. His moniker is an acronym that translates to Making Underground Raw Shit or Making the Universe Recognize and Submit. Now in his thirties, Murs is still out to make raw music, but with a grown man’s wisdom.

Murs came up in the Living Legends collective, a group of eight rappers from the Bay Area and greater L.A. area. He’s put out seven records as a solo artist, on both indie and major labels, and worked on collaborative records with Slug of Atmosphere (as Felt), 9th Wonder, Terrace Martin, and his group 3 Melancholy Gypsys. Murs related that his openness to collaborate and exclude no one from his inner circle stems from moving a lot as a kid and an adult philosophy on acceptance.

He brings this philosophy to his Paid Dues Festival, which he held last month in San Bernardino, Calif. He said he fielded some criticism from people who crusade for “positive rap” for including the L.A. collective Odd Future Wolf Gang Kill Them All on the bill.

“Just because they’re negative, doesn’t give you the right to say you’re positive, but fuck them,” he said. “As soon as you step outside of your positivity and say fuck someone else, you’re no longer being a positive person who listens to this progressive music you’re so proud of.

Murs’ latest album, Love and Rockets Vol. 1: The Transformation, was released in October 2011, but he’s just now beginning to work on Vol. 2. In the following interview, Murs speaks more about the Paid Dues festival as well as his slate of upcoming projects, including a collaboration EP with Fresno-based rapper Fashawn.

What I’ve enjoyed about the Paid Dues Festival you throw, is that there never seems to be exclusion or allegiance to a certain sub-genre of hip-hop. You have no problem inviting Mac Miller and Dipset, along with Boot Camp Clique and Brother Ali–people who probably would never share a bill together. What’s your mindset in curating?
It’s started with me trying to get all my friends together. I was the guy that was friends with Aesop and El-P and down with the Legends. We all knew of each other, but I was the one who’d sleep at their houses and know everyone’s wives and girlfriends and kids. That kind of stuff. So I was able to bring everybody together.

In the same groove, I did a song with Kendrick Lamar–like before Dr. Dre knew who he was. So I was in with those guys. I was at the first Odd Future Christmas show. My former assistant is now their road manager. I have a genuine connection to so many people. Growing up I realized that people aren’t all that different. I seem to be in the center of this web. Five years before the Based God was born, Lil’ B was coming to my shows at Berkeley.

I don’t have any borders in my life. So the festival has always been a reflection of me bringing my friends together.

Living Legends just rocked Paid Dues together. You guys still make music together. Not a lot of groups can say that about their careers over the passage of time. What keeps everything tight knit amongst the crew?
I don’t know, man. Everybody is who they are. We’re a group of eight individuals. The name and the crew existed, and we didn’t even think about making a record together until Almost Famous in 2001. We’d been living together and touring together for years and never even thought about it. Then, it was three or four years before we thought about making another one.

As much as people say it, it was never Wu-Tang Clan or Odd Future or Hieroglyphics. It was something different. It works for us, but the individuality for other crews may not work.

Love and Rockets Vol. I is obviously part of a series. How is Vol. 2: The Emancipation coming along?
It’s not on a deadline. I think about it every day, write little notes for it, but I don’t think it will come out until like Paid Dues [Festival] 2013.

Will it be produced by Ski Beatz again?
Umm, probably not. It could always change. I know certain things about it I’m not ready to reveal yet. It was never intended to be Murs and Ski Beatz Present Love and Rockets. There will be another book with it. I can say that. It may be an electro record for all I know. It may be a symphony. I don’t know who I might meet next. I don’t want people read this article and say, “Aww, he said it was going to be Araabmuzik producing soft jazz shit.” I don’t want that down the line.

What are you looking at releasing before that? I saw on your wiki page that you’ve got an EP in the works with Fashawn.
We’ll hopefully have that done by the summer. These two producers, K-Salaam and Beatnick, we’d talked about doing something together for a while. My solo albums, up until my last one didn’t seem to be working out, so we’d been trying to find away to work together because I’m a big fan of their music. They suggested collaboration with someone, threw out possible members of The Lox and went through all these musicians and connections we both have.

Then, he brought up Fashawn, and Fash is a kid I’ve seen around and talked to, had him on Paid Dues, but we didn’t ever vibe or kick it. I’m a fan of Fash though, like I have his album [Boy Meets World] and the Grizzly City mixtapes. But it seemed like it might make sense as an outsider option. Randomly, Fash’s manager called me just asking for advice and just update on business. I told her it was crazy she called me. But I had to ask if Fashawn was even a fan of mine. I didn’t want to assume anything.

Have you recorded any songs yet for the project?
We recorded a song that was completely funny. We have a lot of similarities. He goes through the same things I go through. I’m associated with the backpack crowd like Aesop Rock and Atmosphere. He’s associated with The Alchemist and Evidence. But, we’re in a middle ground together of rapping about inner city and at-risk youth–but we’re both non-traditional with it. Things are naturally coming together. We’ve got way more in common ground than I expected.

K-Salaam and Beatnick have this really mid-to-late ‘90s sound they’re giving us. It’s sounding like, what I hope will be the West Coast version of [Only Built 4] Cuban Linx [Raekwon’s solo debut]. That’s ambitious, but you set the bar high to shoot for the stars and land on the moon, type thing. It will be for people who genuinely love Raekwon and Ghostface and Tha Dogg Pound.

Have you and Fashawn had the opportunity to record together or is it a project that’s emailed back and forth?
Every time we’re both in L.A. we’ll hang out for four or five hours. We got the name of the album, while hanging out with Maseo of De La Soul. Maseo basically named the record.

As long as there’s an understanding or friendship between the two it works. I used to think that we have to be sitting there and looking at each other. But, the more I’d talk to people like DJ Quik and hear about how he recorded All Eyez on Me, people can tell if there’s a true connection or if it’s forced.

Have there been projects you’ve turned down from a lack of connection?
Definitely. I wouldn’t name those projects though. There’s people I’m good friends with, but we haven’t made good music together. Brother Ali and me are the best of friends, but we’ve never made a song together. We’ve toured together. That’s my homie. That’s my brother. We’ve just never recorded a song together. It’s never even come up.

There are people I’ve tried to record stuff with and we both just let it sit there and nothing happened with it.

Have you considered updating the MURS acronym?
No. I’m not doing anymore. No more of that shit. 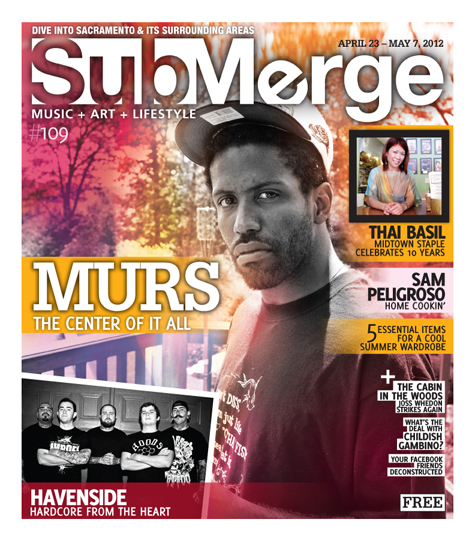