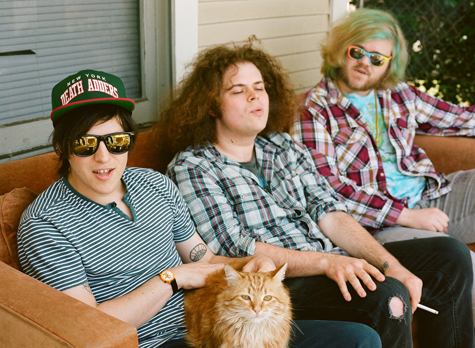 Wavves gets back on track with new album

Wavves’ frontman Nathan Williams may very well be the poster child for what it means to be famous in the blog generation. In 2009, Williams came out of nowhere to become the blogosphere’s newest wunderkind. His second album in two years, Wavvves, powered by the ecstatically apathetic single “So Bored,” propelled Williams into bona fide Internet fame. In the year that followed, Williams stoked those flames, whether he wanted to or not, with erratic behavior an inter-band feud with The Black Lips and most infamously, a meltdown at the Primavera Sound Festival in Spain (which we were kindly asked not to talk about–but really, if you haven’t heard enough about it already, you’re probably not that cool). What started as some fuzzed-out psych pop home recordings had blown up big–like Tay Zonday big. Now after clumsily negotiating in record time every trap set to befall the person lucky (or unlucky, as the case may be) enough to be tagged with the “next big thing” moniker, Williams, with another Wavves album already in tow, is ready to put the focus back on his music.

Submerge caught up with Williams first in his car, then at home, where he was making guacamole. There were some stops and starts throughout the interview. First, after rescheduling, understandably, so Williams wouldn’t have to talk and drive, we called back only to have our phone call answered by “Will,” who turned out to be Wavves’ new full-time drummer Billy Hayes.

Eventually, Williams granted our interview request, passing off to Wavves’ new full-time bassist Stephen Pope once, and answering call waiting to push back another interview.

At least this time around, Williams is busy answering questions about his music and not his antics. Released on Aug. 3, King of the Beach takes Williams out of the bedroom and into the studio. The album was recorded in Oxford, Miss., at Sweet Tea Recording under the guidance of producer Dennis Herring. A Grammy-winning producer for his work on Jars of Clay’s If I Left the Zoo, Herring has also worked with Counting Crows, Mutemath and Modest Mouse. Certainly, this would be a step up for Williams, who had recorded the past two Wavves albums himself on his laptop. Williams says he was happy to graduate into a proper studio and relinquish a small amount of control over his recordings.

“It was a little bit weird at first, but I’m not a producer,” he says. “I did it out of means when I was doing my earlier stuff, but I sat there throughout the mixing process every single day that Dennis did, so I didn’t have to hand too much over.”

Williams says that relocating out to Oxford–a far cry from Los Angeles–was also helpful in allowing him to focus on recording.

“There wasn’t much to do,” he says. “The city center just had a couple of stores, so most of the time we were just concentrating on making the record.

The additions of Pope and Hayes also had a significant impact on the album. More than just players on a couple songs, Wavves’ two new members also contributed their own songs. Williams met up with Pope and Hayes shortly after that fateful performance at Primavera Sound, which left Williams without a live drummer. Pope and Hayes joined Williams as his touring band at the end of 2009 and had played together previously as Jay Reatard’s backing band. Reatard passed away in January due to cocaine-related causes.

In a recent story, SPIN reported that Fat Possum, Wavves’ record label, lobbied for Pope and Hayes to be replaced on the album, but Williams stepped in and insisted they stay on board.

“I don’t know if that was Dennis or the label,” says Pope. “One of the people who we can’t speak of wanted another person who we can’t speak of who is very famous and costs a lot of money to come in and play drums. And then that NW [Nathan Williams] character said no, that would have been a really bad idea.”

Pope says that this modicum of tumult didn’t get him down.

Pope and Hayes stayed on and made solid contributions. Pope says Hayes brought two songs he’d written–“Baby Say Goodbye” and “Convertible Balloon”–while Pope brought along “Linus Spacehead,” one of the album’s more infectious tracks. This was a different experience from their work with Reatard, who pretty much handled everything.

Pope says of the songs he and Hayes contributed, “They weren’t really intended for anything. They were easy to Wavves-ify and make it sound like the rest of the album.”

Armed with better tools and new players, King of the Beach still sounds very much like a Wavves record, except without much of the fuzz. Titles such as “Super Soaker,” “Baseball Cards” and “Mickey Mouse” put a carefree faÃ§ade on songs that can be downright misanthropic. But it’s not all angst-riddled bile–King of the Beach has its sun-shiny moments, such as its title track. As tongue-in-cheek as it may be, it’s still pretty darn cheerful. Its defiant chorus, “You’re never going to stop me/You’re never going to stop/King of the Beach,” is goofy-smile shout-along ready.

“It’s kind of like a posi-core song, isn’t it? It’s really positive,” Williams muses. “I think ‘Take on the World’ has the same vibe. I don’t know. I wrote them both around the same time, and I guess that was just the shit I was on right then–trying to be positive for these young kids! Tell them what’s up!”

Sarcastic or not, Williams has plenty to be positive about. He is, after all, young and “playing music…and making a living doing it.” Whatever petulance he’s displayed early on in his career may fade with time. In any case, Williams reports that he’s already been in the studio with Pope and Hayes and says he may start working on another album later this year. Also, he’s recorded music with Hella’s Zach Hill, which has yet to be released.

“There’s like a six-month wait after this album is out before I can release anything else, and then I’m out of contract,” Williams says of his recordings with Hill. “Hopefully end of the year or something like that.”

With plenty more music on the way, Williams can finally put the meltdowns and fistfights behind him. Plus, the good thing about the blog generation is that it’s got a short memory. 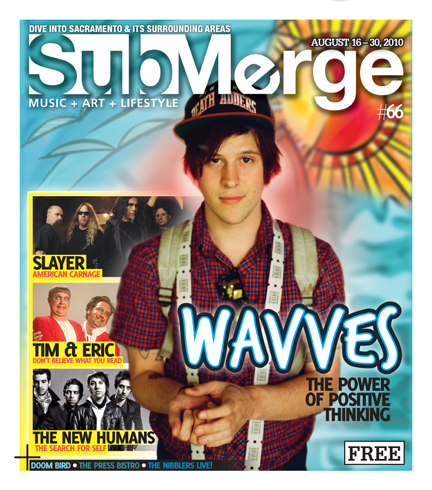