On to the Next 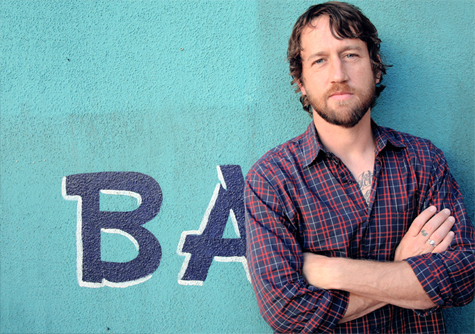 Over the past decade, the Foo Fighters have risen to become one of the most prominent bands in rock ‘n’ roll, and guitarist Chris Shiflett has been a big part of that. Becoming a full-fledged Foo right before the end of the last millennium, Shiflett already had quite a resume as guitarist for No Use for a Name and also a member of Fat Mike’s punk rock cover band Me First and the Gimme Gimmes. In September 2008, Foo frontman Dave Grohl announced that his group would be taking an extended hiatus, a statement that has held true despite the release of a greatest hits comp at the end of 2009. The announcement didn’t seem to rattle Shiflett all that much. He just kept doing what he’s done the better part of his life: create music.

When Submerge spoke with Shiflett, he was just wrapping up recording for a new record he hopes to be finished tracking shortly. In the past, Shiflett has spent his time away from the Foo Fighters fronting another rock band called Jackson United, but the music he’s working on now will appear on a solo effort—well, sort of.

Shiflett has no shortage of talented friends. One such friend is his old NUFAN cohort Tony Sly, with whom Shiflett will be touring the Western United States in February. Shiflett says that a show the two played together last year in Santa Barbara served as an impetus for the tour.

“We both have kids and wives, and we don’t really get to see each other so much anymore,” Shiflett says of reuniting with Sly on stage. “It was so much fun. We did a song together, and afterwards, we were hanging out, and we were like, ‘We should do a tour.’ So we started talking about it, and it just kind of came together. He’s actually got an album coming out in a week or so, I think. He’ll have product; I won’t.”

Shiflett may not have anything to hawk at his upcoming shows, but he will be trying out some of his new material. A departure from what his fans may expect, Shiflett’s solo record will feature “roots-y leanings.”

“It’s got more acoustic bass and keyboards and pedal steel and more instrumentation on it,” he explains. “It’s definitely not as rock ‘n’ roll as the Jackson United stuff, but it’s still me, and it’s still my songs, so I’m sure there’s a common thread there.”

It may sound like a serious downshift—both in sound and scope—from what Shiflett is used to, and it is. But it’s a challenge he seems pretty excited about. He says “it’s a trip” to go out on the road, on his own, to play a bunch of songs that many people may not have heard, but he acknowledges there’s also a certain amount of freedom involved as well.

“I like going out and doing the acoustic shows, because it’s so easy,” Shiflett says. “You just throw your acoustic guitar in your car, and there’s no corralling a bunch of people. It’s just fun. You kind of sink or swim on your own strengths and weaknesses. There’s nowhere to hide, which makes it pretty exciting to do that.”

In addition to playing new material, Shiflett says he will also throw some Jackson United songs and a few covers into the mix. And don’t be surprised if Shiflett and Sly play a song or two together.

How has it been playing music with Tony again? Do you revisit old stuff, or are you looking to do something new together?
It’s funny, because the song we ended up playing together, I just kind of surprised him. I said, “Hey, do you want to do that ‘Moonshiner’ song?” He used to bring an acoustic guitar on tour, so when we’d be on a long drive in a van, he’d play guitar and sing songs. It was a song that he used to sing. It’s an Uncle Tupelo version of some old standard. So I was like, “Do you want to sing that song with me?” and he came up and did it, so that took me right back to being in a van in the middle of nowhere with those guys. Me and Tony have known each other for a long time now, and he’s one of those guys that even if I don’t see him for a couple years, it just takes a few minutes”¦

You’re like fast friends all over again”¦
Yeah, he’s just a good, old friend of mine. We have a lot of love for each other.

Will he make a guest appearance on your own album?
You know that’s not a bad idea [laughs]. We haven’t talked about it, but maybe I’ll corral him into the studio when I have him down here.

You’ve played in bands like No Use for a Name and Foo Fighters, which are both on the louder side of rock music. Is the stuff you’re doing now something you’ve always had a penchant for?
Without a doubt. Of course I love loud rock ‘n’ roll music. That will always be my first love, but ever since I was a little kid, I was listening to Elvis and Johnny Cash and a little later on, I dug back into that older stuff—Willie Nelson and things like that. It’s always something I’ve been into and have had an appreciation for. It’s nice to take a break from screaming loud music and do something a little mellower. That’s the fun thing about doing these acoustic shows. I do some of the Jackson United songs, and they’re sort of a little closer to the way they sounded when I made them up in my bedroom, just sitting there strumming on an acoustic guitar.

Before you said you enjoyed just hopping in the car with your guitar and just going to a gig. Spending about 10 years with the Foo Fighters, and they’re a huge rock band, I’m sure that’s a lot of people and a lot of equipment. Is it refreshing for you to get on the road and do your own thing and not have to worry about all that?
Yeah, it’s just an easy thing. You just jump in your car, and it’s like a road trip with a couple of your friends. Touring with a band is great. Especially with the Foo Fighters, I’m not the one corralling people. We’ve got a guy that we pay to do that.

[Laughs] A corraller?
Yeah, we have a professional corraller [laughs]. It’s not very labor intensive for me, personally, but it’s still like a 50-person, 50-headed monster sort of thing. There is a kind of solitude in just getting out in your car and driving. The first show is in Seattle, so I’ll be driving all the way up to Seattle and then just heading down the coast. It’ll be nice. I’d like to say it’s a return to what it was like when I was younger, but I never really did this when I was younger. When I was driving to a gig in the car, that was like in the ’80s or early ’90s, and it was louder then.

Has this stripped down approach played into going into a more roots-y feel with your music?
Without a doubt. And that’s one of the things that I’ve really tried to do with this record that I’m recording—keep it sparse. When you’re doing a rock record, there’s a lot of doubling of everything, and all of a sudden, you’ve got 18 guitar tracks, and it’s become this unruly beast. I’ve really been trying to pare it down. Playing acoustic, it really makes you commit to parts. You really have to keep it simple—or at least I have to keep it simple, because I can’t go up there and play something really complicated and sing. It boils it down to the root of what the song is. I think it’s good for your songwriting.

Before you said that when you took the songs into the studio, they began changing. How did they change, keeping in mind that you said you were trying to keep them simple? Was there a conflict between the songs growing and your intent to keep them low-key?
For me, until I go in and actually record a song, I don’t commit to things until then. I don’t really work out the vocal melody exactly the way I want it to be until I get into the studio, and then you can’t hide from it. You can sort of hide live, you can fake it a little bit live, but when you get into the studio, you can’t fake it any more. That’s when you have to start making decisions.

You’ve been busy since the Foo Fighters went on hiatus. When the hiatus was announced, was that a welcome thing for you?
For sure. I think everyone was ready to take a break. We’d been pretty strong for a few years in a row without any real time off between records and tours and stuff. I didn’t think—I don’t know if anyone really thought—I sort of didn’t really believe that we’d take a hiatus. We sort of said that before, and then a couple months goes by and things start popping up, but we really have. Right now, there’s no real plan for anything, and I can’t imagine that we’re even going to start working on a new record until later into the year, because Dave’s doing the [Them Crooked] Vultures, and they’re going to be going for a while. It’s going to turn into a big, long break. “¦ It’s always good when we go out and do other things, that way when we go back to doing Foo Fighters, it’s fresh and everyone’s excited to do it. We’ve all got kids and stuff now, and I know for me, this last year being home has been unbelievable—just to be home with my kids. That’s one of the biggest upsides of doing what I do for a living. I don’t have to go to an office every day; I get to watch my kids grow up a lot. It’s been good. It’s been a healthy thing. 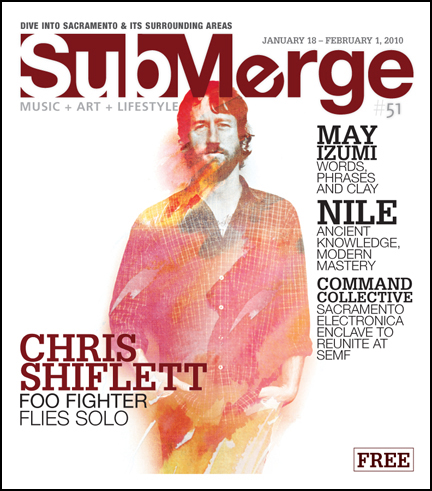 Chris Shiflett and Tony Sly will play The Boardwalk in Orangevale on Feb. 9.