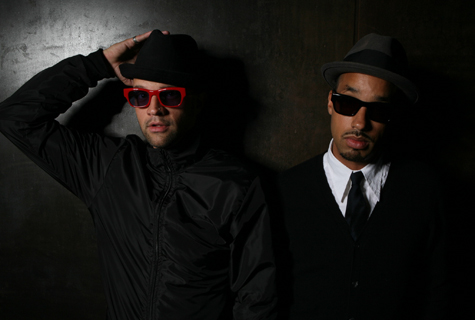 Pigeon John and Flynn Adam know how to keep busy. Even in this down economy, when many are finding themselves unemployed, these two mainstays in the Los Angeles indie hip-hop scene are putting themselves to work. John and Adam have collaborated on their own solo projects before—in fact, both are releasing solo material in 2009—and have also worked together as members of the L.A. Symphony crew. Now, the two have joined forces as a duo under the name Rootbeer, a curious name for curious music.

“I think when we came up with the name, we were driving to Costa Mesa or something like that, and we were like, ‘Man, we should do a group,'” John explains of the group’s beginnings and why they chose to call themselves Rootbeer. “We were just joking around, and I think Flynn said, ‘We should be called Taco.’ And we started laughing. The next thing was ‘Rootbeer,’ and we were like, ‘That makes sense.’ I just like the names that are in everyday use, that everyone uses, but doesn’t make any sense at the same time.”

Adam adds that the name, though seemingly disassociated with the group’s funky mix of pop, rock and hip-hop, actually is quite fitting.

“To me it’s also like, root beer, either people absolutely love it, or they absolutely hate it,” Adam says of the “bubblegum, but not too bubblegum” name. “There’s no like, ‘I can tolerate it,’ which generally seems to be the response to the music.” A surprising point of view considering songs like “Girlies” and “Pink Limousine,” the title track for Rootbeer’s freshly released debut EP, are so damn catchy.

John and Adam took time to speak with us about Rootbeer and the new album before heading to Austin for South by Southwest. Both said they were excited about showing their new act off at a few different showcases. For Adam, it would be his first time at SXSW.

“It feels like we have a lot of momentum going with this, just doing the release show this last week,” Adam says. “We can ride off of this key release show at Cinespace and going into [SXSW]. It’s a good feeling.”

John, a festival veteran, had words of caution and advice for his Rootbeer cohort.

“As far as playing shows and doing interviews and hosting stuff, yeah, we get the work done,” John says of keeping focused in such a chaotic environment. “But every single show, there’s the open bar, so it can get a little tricky, because they just feed you that stuff. Feed it to you!”

How did the CD release show at Cinespace go?
Pigeon John: I think it went great. We were received well. It was packed out. Some people came out”¦the lead singer of Incubus came out for some odd reason. It was nice to rub shoulders and get the music done.

One of the songs of yours that I listened to and really enjoyed was “Girlies.” One of the lyrics that caught my attention—I think it was a line that Flynn had rapped—mentioned girls asking him what it was like working with Will.i.Am. Was that based on something that actually happened at a club or something?
Flynn Adam: Actually, it happened to me on a date. It’s a true story! I thought I was on an interview show. Finally, I got frustrated and was like, “I got to go.” It just made itself so evident. She was so into it. I could’ve had no face. She just kept asking me more and more questions about what it was like working with Will.i.Am and the Black Eyed Peas. I was like, “Wow, God! I see where this is going.” But yeah, it’s a true story.

Is that something you deal with often?
FA: Nah, it doesn’t happen all the time.
PJ: Where I got my inspiration from is my Starbucks right down the street. Flynn stayed with me for, what, two months tops? He would go into my Starbucks and they would yell, “Flynn!” and give him free drinks, and they still don’t know my name.

But Flynn’s just got it like that. What’s wrong with you, bro [laughs]? We usually meet at the Starbucks. We call it “the office.” We get inspired, and then we go to the studio.

What kind of inspiration do you find at the Starbucks? Is it good for people watching? What is it about the place?
PJ: For Flynn, it’s mostly drugs [laughs].
FA: Caffeine!
PJ: No, I think it’s the foot traffic, and me and Flynn kicking it like some old men, drinking some coffee. Watching the people come
and go.
FA: It’s funny. We got another track that we made that’s not on the EP, but will hopefully be on the album. It’s called “Kids on Drugs.” It was from another Starbucks experience. We went to the Starbucks, and there’s a cupcake place next to it called Puttin’ Out. What was it? Puttin’ Out Cupcakes? Puttin’ Out the Cupcakes? Something like that. We go there, and there’s this dude, this kid, blatantly on something, like meth or whatever, and he’s just talking at ten miles a minute like [speaks very fast and intelligibly about cupcakes]. And he’s crazy. Me and John walk out, like old men, and John says, “Man, kids on drugs, bro.” We go straight back to John’s crib and write that song.

Both of you have a lot of different projects and a lot of different outlets through which you could have released these songs. What drove you to release these songs together as Rootbeer?
FA: John and I have worked together for years in different capacities, whether it was my solo material way back in the day, the L.A. Symphony material over the years. It’s always been a natural working thing. It’s a project that we’ve always tossed around, time after time. I think it was a little over a year ago, we did one song, and when we finished it, we were like, “Wow, this came pretty naturally and quickly, and we like it, so let’s try to do it.” Over the last year, we put together 20 songs that we’re really happy with. It just made sense. The music came pretty easily. Just as an artist, when the music comes easily and quickly, and feels like there’s a natural inspiration behind it, you can’t really pinpoint what exactly it is, but you just go, “This is a good working thing, let’s try to keep it rolling.” That, and when you go to John’s house and work in the studio, you get sandwiches, too.

What’s your favorite sandwich?
PJ: Man, the turkey, bro. My wife makes the best turkey sandwiches in the West.

Before, you mentioned getting inspired to write at the Starbucks; but when you actually sit down to write the songs, how does that process work, and is it a lot different than the process for your other projects?
PJ: With Rootbeer, I love it, because Flynn will come in with an idea or a beat that’s done or halfway done, and I’ll add my little ting-tings to it. The music is really a collaboration, and we do it all ourselves. Or I’ll come up with some of a beat and Flynn will finish it. Musically, doing it that way, it really solidifies it, and when we do our raps, it’s real easy, because the music is already done.
FA: I think it’s a little bit different, because working on this project has been two minds working on it. So if we start out joking, like on “Girlies” for instance, we’re like, “Man, we should do a song about that.” Just going into a track with that kind of concept is kind of a different approach. I know for me, I would make the beats first and then write around whatever emotion is coming out of the music. For this, with certain songs, it was deliberate—like for “Girlies,” it was like, let’s make this kind of track. We made the beat, and literally, we were dropping off a movie at Blockbuster, and on the drive there, we were coming up with the first verse and just fed off each other. It was definitely a different concept than how I would approach my solo stuff.

It sounds really easygoing. You said you’ve written 20 songs for Rootbeer over the last year. Did the laid-back approach contribute to being able to work so fast?
PJ: Nah, even in the L.A. Symphony heydays, when we were working on an album, we would do 40 songs and then pick our favorite 15. That’s been a discipline we started years ago, with mostly everything we do, just trying to always be making music.

With the project now, for both of us, the main goal was to make sure it was fun, and not a chore or a necessity or a job or anything like that. I think doing music in that zone made it flow a lot quicker and easier, and kept it fun, like when we were doing music as kids. 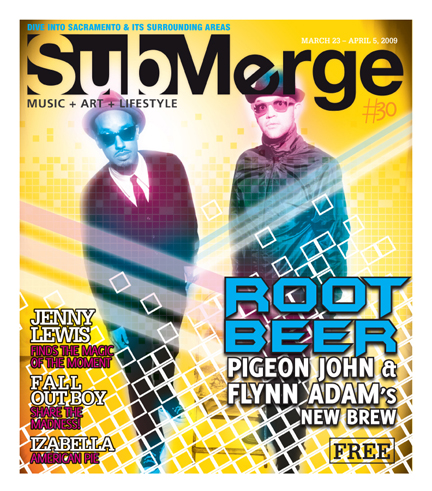