Poor’s Prospects • Poor Majesty Stays True to His City and His Art on Latest Album, Dreamer 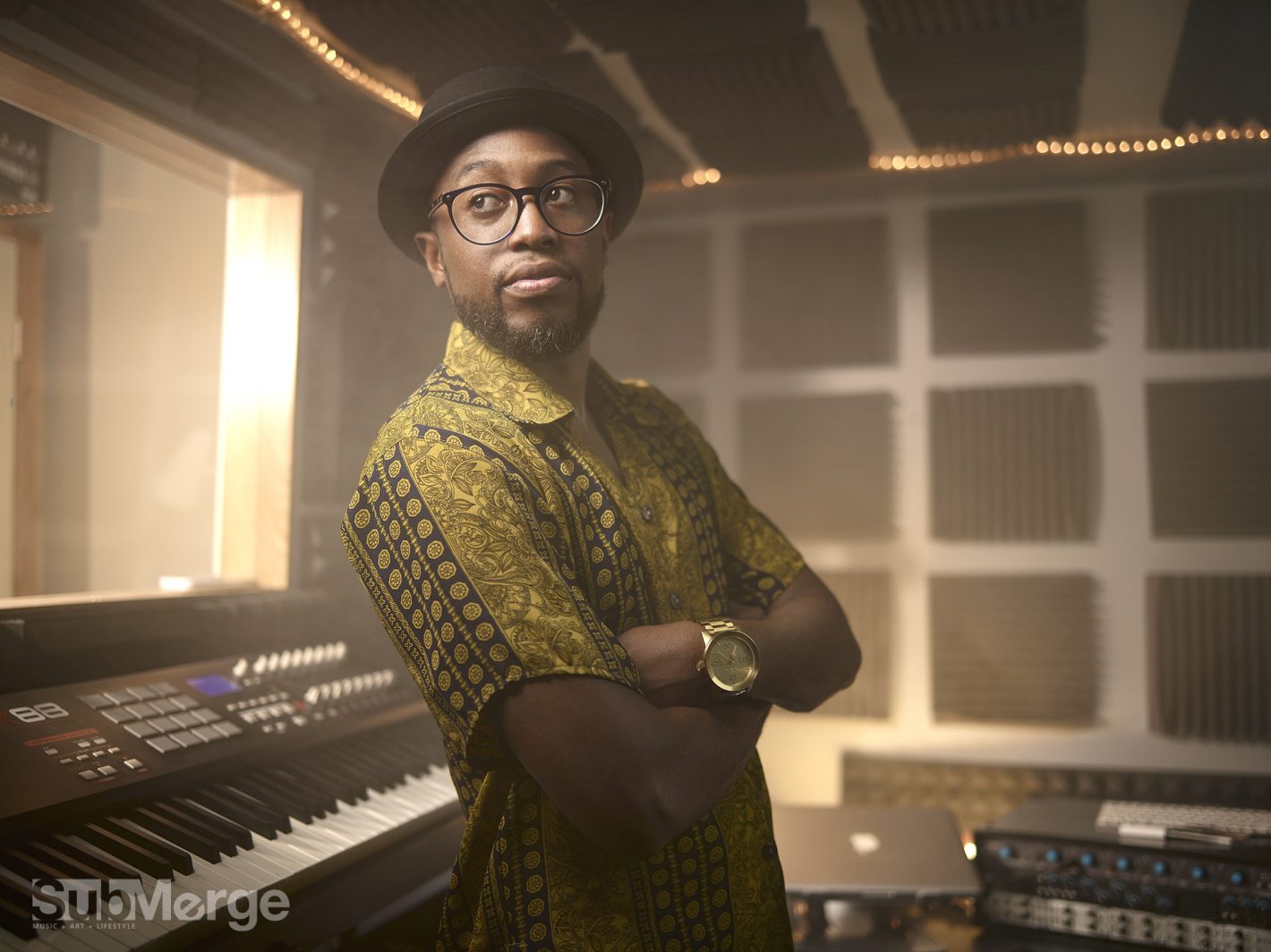 What has long been considered the “golden age” of hip-hop is really a golden state of mind. Behind the exterior signifiers—a particular flow, a certain production style, whether an MC was considered “conscious” in the ‘90s or “woke” in 2016—lies the real thing: the music and how it affects us. If anything, a golden age denotes something that has been lost to us forever, that has ceased to be pertinent to our lives. But for rappers who care about how the past survives and converses with the present, how jazz and soul still feed lifeblood into the veins of modern hip-hop, who don’t mind if their style is past, present or future because the substance (and struggle) is eternal, the golden age is now. It’s the age an artist enters when they become grounded, sort out the important things, and leave the canvas of their life open to create. For Adrian Gilmore, aka Poor Majesty, that time has arrived.

The Sacramento MC has had a series of careers; three at least. As the upstart preteen, his talents were honed early enough for him to open for Skee-Lo at the height of his fame; as Poor Majesty, Gilmore lent his voice to the triumvirate Tribe of Levi for much of the past decade, cutting records with local figures such as future experimental maestro Lee Bannon (of Dedekind Cut fame) and always pushing to elevate the vibrant, yet often underappreciated local hip-hop scene. Gilmore’s trajectory can be described as, in the words of one of his later songs, “a slow grind to the goldmine.” Releasing much of his early solo work in between Tribe of Levi offerings, Gilmore has only just recently begun to raise the volume and frequency of his own output.

The last three years have seen Poor Majesty reaching new highs. The LP Good God Almighty, appearing early in 2017, revealed a more confident and complete character in his work, with a diverse set of solid, concise and highly replayable tracks. From the go-go jangle of “Abracadabra,” to the infectious, spiritual-jazz-inflected closer “Who is Poor?,” 2018 would answer that question, with newfound visibility, due in no small part to his single and subsequent video for “Broadway,” which lays out a high-impact insider’s view of Oak Park gentrification along the title street.

All of this is leading up to Dreamer, set for release this June. In Gilmore’s words, it is a testament to optimism, to hope that never fades and the work and dedication it takes to make dreams keep coming true. On another of the album’s singles put out last summer, “Roses,” Gilmore pays tribute to his 98-year-old grandfather, who passed shortly after the song was finished. It’s in songs like this and “Broadway” that we can discern the golden age mentality: the way it links the performer to history, reaches across generations, allows them to tell stories, speak truth, provoke debate, but always in the spirit of love. For him, it’s just another dream accomplished. 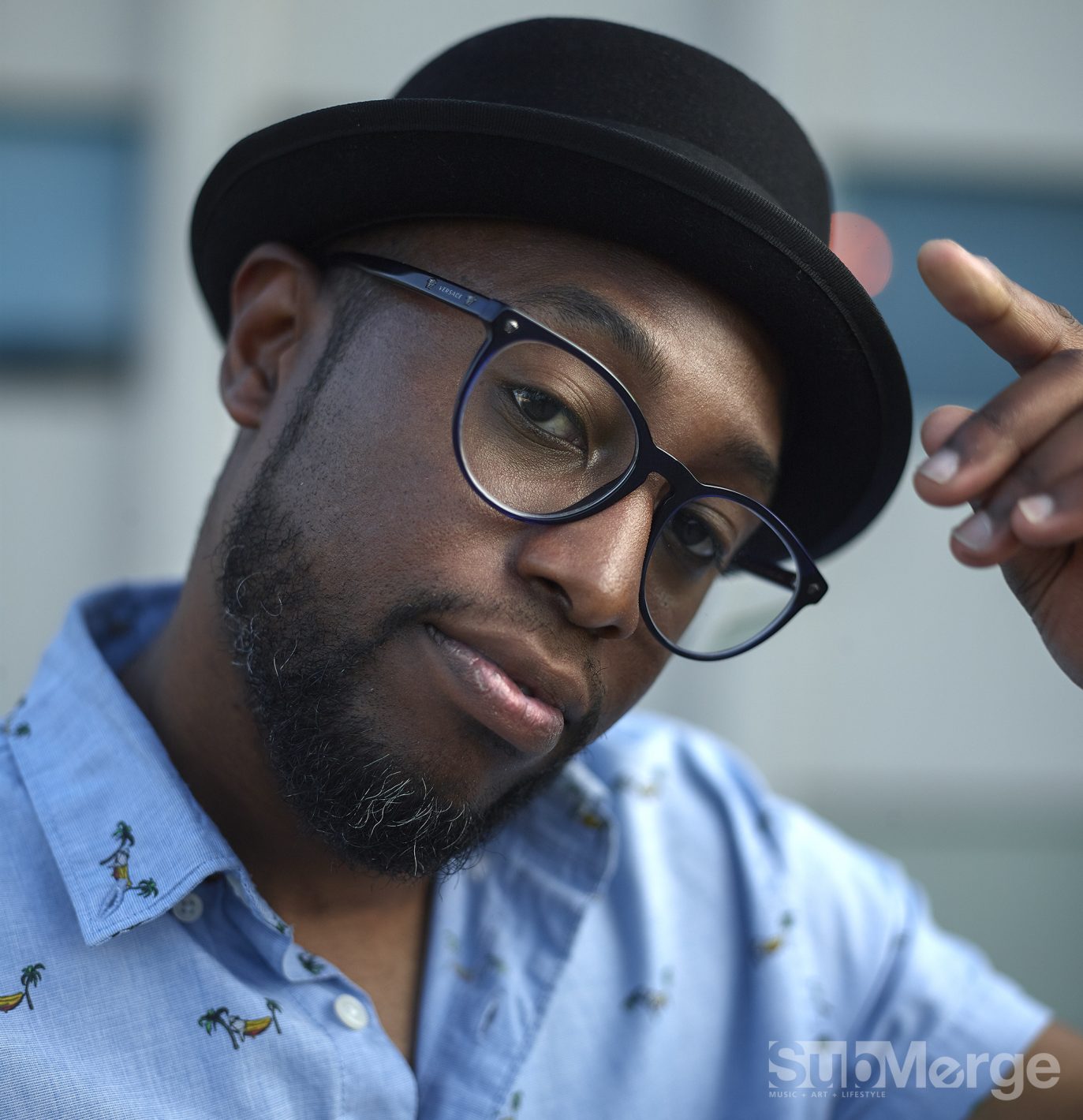 What kind of reactions have you received from “Broadway?”
So far all of the reactions have been positive. The views for that video went crazy. I think we were at around 13,000 views within the first week. The most rewarding part of that whole wave was being asked to collaborate with the Alliance of Californians for Community Empowerment [ACCE] to help get people to vote for Prop 10, the rent control initiative.

Did any take you by surprise?
Being asked to do a live set on Capitol Public Radio was kinda a shock. Nick Brunner, who really liked the set, helped get us placed on another show on NPR, which allowed us to hit a national market. I knew the song was powerful, but I didn’t know it would take us that far.

How would you envision Broadway in a better world, in which we didn’t need this song and its message?
How I envision a better Broadway consists of a whole lot of healing. There’s a lot of hurt and hopelessness in underserved communities, and I feel if the folks on Broadway felt at home instead of hunted that would be a great start. I’d also like to see more of the new businesses hire people from the neighborhood.

Before getting into your forthcoming album, give me a little bit of history with your body of work. How far back is the starting point—before the early mixtapes with Tribe of Levi?
I’ve been doing this forever. I started rapping when I was 8. My mother bought me a $20 keyboard from Woolworths, and I would freestyle over the preset beats. I was horrible. I got better in middle school, though, and started getting booked for concerts. My first show had a thousand people in attendance. I was so nervous I almost threw up.

What is the particular mindset you had going into your latest album, and how would you describe what the title means to you?
I settled on the name Dreamer because it embodies everything that I am. I’m a very optimistic person who thinks he could do anything except die. Plus a lot of guys my age quit making music and gave up on their dreams. Not me; I feel I still have something special to say to the world. I believe this attitude helped me get here, and everyday I’m working toward new exciting goals.

Have your dreams/goals changed from when you first started out?
Yes. What’s crazy is my dreams come true, so I’m constantly changing them. When I was in middle school, I used to lay in my bed and dream of a famous rapper coming to my school in a limousine and taking me with him to go do rap star shit. Maybe eight months later, I had booked a show with Skee-Lo. The day of the show, he instructed his limo driver to drive into the quad to meet me. It was lunchtime, and the whole school was there to witness how cool this shit was. I was the man for hella years after that. Later in life, I had the opportunity to open for Nas, which was also another lifelong goal. I’ve always wanted to rock with an MC of that caliber. Someone I had the ultimate respect for. I have new goals and dreams now, but I don’t want to share them. I don’t want to jinx myself.

As a father and an experienced artist, what is your view on hip-hop’s importance and the role it can play on a greater level? Has it changed from when you first started out?
Yes. I’m less careless in what I say. I understand the effects of your vibrations carry consequences. As a father, I want to make sure I leave a legacy my son can be proud of. I can’t do that if I’m promoting death and destruction.

Although societal commentary and an emphasis on hard-hitting topics have always been a part of hip-hop, in the last five years especially, it seems like this energy has come to the forefront on both the underground and the pop side of things in a big way. Have you noticed this change?
I actually thought it has been suppressed or watered down in the mainstream. Of course there are exceptions like Kendrick and Cole. The sad part is, every time we talk about popular artists saying something of substance, we can only use a few as examples. When I was coming up we had Mos Def, Wu Tang, Jeru the Damaja, A Tribe Called Quest, Public Enemy, Dead Prez, the list goes on. I don’t see that now, especially when it comes to talking about the human rights of black people.

Going back to themes brought up in “Broadway,” it seems like the issue of gentrification has come into the public consciousness more than ever in recent years, especially last year with the excellent films Sorry to Bother You and Blindspotting, which dealt with the issue in different ways in an area close to home. I was just curious if you saw those, what you thought of them, and how you think of more people from all areas of society becoming aware of the issue?
I loved Sorry to Bother You. I pretty much love anything by Boots [Riley, director] because of The Coup [another conscious rap group from my era]. I relate to that film because I feel all employed black people have two or three different voices they use depending on the setting. It’s our survival technique. These films are good because they tell our story from our point of view. It allows us to humanize ourselves without exploiting racist tropes to sell tickets. Only to get laughs at our expense.

In the midst of times that can feel very negative, how does one continue to be a dreamer?
God. God allows me to have faith in my path. God gives me strength to keep going when things get really hard and no one else is around to help get you through the bullshit. I pray for strength constantly. I think He hears me.

Head out to Groundswell Art (2508 J St., Sacramento) on Saturday, June 29, 2019, to celebrate the release of Poor Majesty’s Dreamer. Sydney Ranée and Matteo Calvani are set to open. RSVP for the event on Poor Majesty’s Facebook page (@poormajesty). Things get under way at 6 p.m.