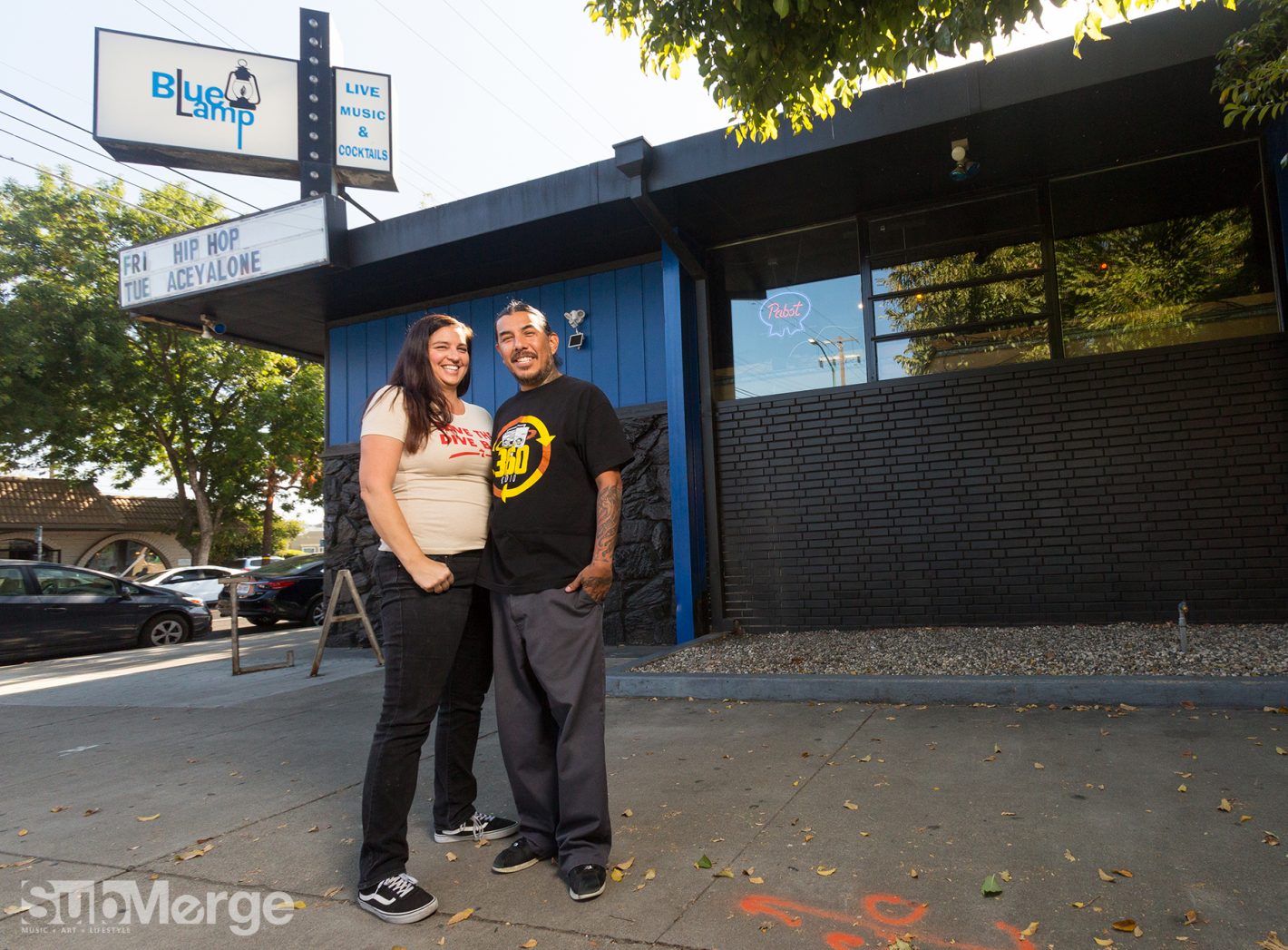 Before Gabi and Ben Garcia purchased venerable Sacramento bar and music venue Blue Lamp five years ago, they were on the verge of moving to Costa Rica. They literally had their lives packed, flights booked and were ready to jet set out of here. Then the call came.

At the time, Gabi was the longtime GM of Limelight Bar and Grill right down the street from Blue Lamp. She had seen so much potential in the unspectacular bar on the corner and had asked the owners at the time, James and Ed Stoner (aka the Stoner brothers), if they would ever be willing to sell. They said no, but that they would keep Gabi in mind if they ever decided otherwise.

In 2013, the Stoner brothers were ready, and Gabi was the first person they thought of.

“We were in a place to make the purchase so we went for it,” said Gabi. “Just like that, we were going to become bar owners.”

Gabi and Ben cancelled their move to Costa Rica and took on their dream venture of running their own bar and music venue. On Halloween 2013, their ownership became official.

I went to elementary school right down the street from Blue Lamp; I remember the school bus passing by it everyday, and all of the kids staring down the mysterious building with the neon sign and blacked-out windows in hopes of catching a glimpse of its rumored contents. I don’t remember seeing anything but the occasional red-velvet rope barriers leading to its door. Gabi says some of her customers remembers women smoking cigarettes in cute silk robes out on the sidewalk.

I called my dad and asked him, “What was the old name of the club across the street from the Starbucks on Alhambra and N Street? You know, before it was Blue Lamp?”

“The 400 Club,” he answered without hesitation. “One of your uncles used to date a dancer there.”

The 400 Club, which was once Midtown Sacramento’s premier strip club, is now Blue Lamp. My childhood mystery has finally been solved, almost 20 years later.

“The old owners wanted to originally name it the 1400 Club [the address of the bar is 1400 Alhambra Blvd.], but when the sign came, it said ‘400’ Club instead,” he laughed. “They ended up getting the sign for such a huge discount that they just embraced the 400.”

Today, the stage of the 400 Club remains in the same exact spot, minus the pole, though owners have considered reinstalling one as an ode to the club’s roots. Alas, it is a huge insurance risk and the city regularly checks to make sure it’s still gone.

Since 2013, Gabi and Ben have revitalized Blue Lamp to be an all-encompassing music venue, art space and cultural hub for the greater Sacramento area. They have always run the venue with inclusion in mind—everyone deserves a safe space to exhibit their craft. They have hosted dozens of art shows, fundraisers and served as a place for activism and expression. The venue even doubles as an unexpected headquarters for Gabi’s own political aspirations. A “Vote For Gabriell Garcia” poster is tacked to the wall of the bar; she is currently running for The Natomas School Board and was basking in the accomplishment of officially being endorsed by Planned Parenthood recently.

But back to the music: Hundreds of acts from nearly every genre and degrees of popularity have been welcome here over its existence. 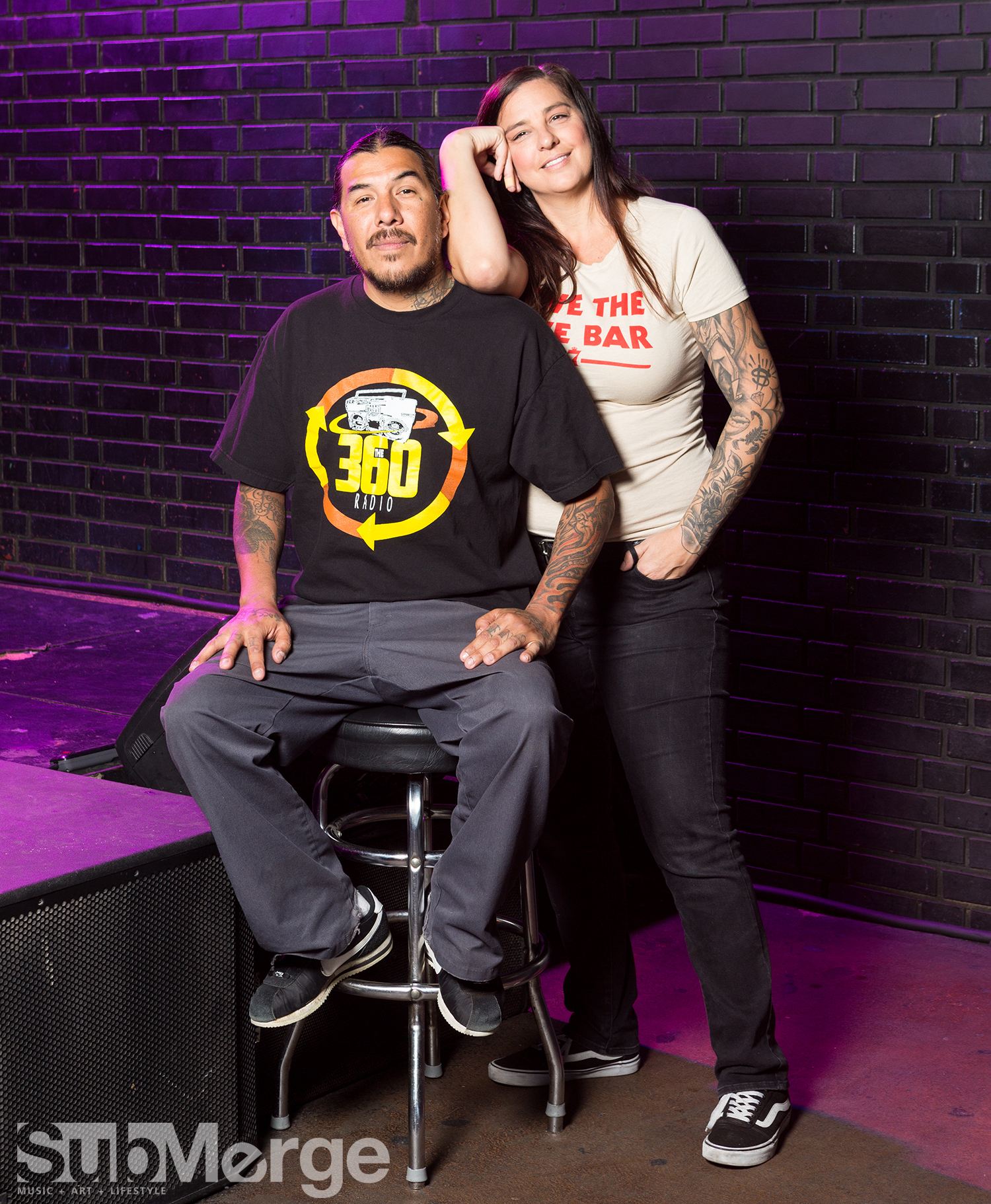 “James McCartney looked dead-on like his father,” Ben reminisced. “Before he came into the venue, his manager told us to not even talk to him. He seemed like he wanted to hold his own without his dad’s reputation looming over him.”

Ben takes out his phone to show me a picture while laughing. “So naturally, Gabi went up to him and asked him for a picture and this is what she got …” He shows me an extremely awkward picture with Gabi smiling big and the Paul McCartney spawn looking extremely unenthused and emotionless.

One thing the venue has always done is regularly book rap and hip-hop acts, something that many small venues in the area do not do as often. Occasionally, an interesting thing would happen on these nights; the “E-Team,” Sacramento Police Department’s entertainment enforcement task force, would barge in full-force and shut down shows for blocks of time to check for violations. These operations weren’t limited to just one or two enforcers, but a dramatically large group of them.

“We have always been completely legal and by the book,” said Ben. “Stuff like this would happen because of blatant racism from some neighbors and the force. Really ridiculous. People would start rumors that we were getting raided and stuff. Nah, we were just hosting hip-hop shows.”

Regardless, the couple makes it a priority to make Blue Lamp an all-inclusive safe space for all. E-Team be damned, hip-hop is here to stay.

“Running a venue is incredibly hard,” admitted Gabi. “No one can tell you how hard it is; it’s something you have to experience. There is an ongoing struggle to keep venues open and to keep people coming to shows and investing in the space.”

With other venues like Café Colonial/The Colony facing closure, Gabi says, “if you don’t support venues today, they will be gone tomorrow. This one included.”

The end of 2018 and entering 2019 will be a year of uncertainty and transitions for Blue Lamp. They urge you to come out and support local music and become a regular, buy some beer, watch a great show, support the artistic labors of those in your community. If you want great venues like Blue Lamp to remain, you’ve got to show up!

Cheers to a future of more great shows at 1400 Alhambra Blvd.

Get out and support the heck out of one of Sacramento’s best live music venues and bars! Blue Lamp will be celebrating their fifth year anniversary under the Garcia ownership, doing what they do best: throwing amazing shows! On Oct. 26, Citrus Heights band Skeleton Voodoo Monkey and Warped 11 perform for the Blue Lamp Five Year Anniversary/Gabi’s birthday for free. For more info on Blue Lamp’s upcoming events, visit Bluelampsacramento.com.