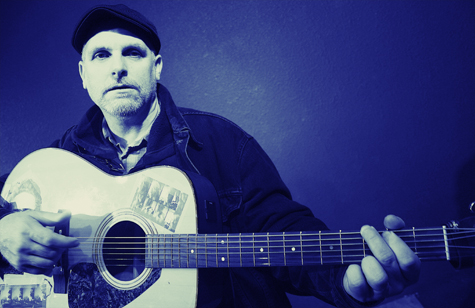 Listening to Kevin Seconds speak about his music, you’d hardly believe he’s been in the game for more than 30 years. Serving as frontman for 7 Seconds, one of California’s most seminal hardcore punk bands, you’d think the years on the road, spitting bile at the young and the restless would make him a salty individual, but that’s just not the case.

“We’re from the era of hardcore punk rock,” he says of his early days touring with 7 Seconds. “We would go out for two or three months straight, come back home for a month and then go back on the road. We thought that was the way to do it. At that time it was.”

Of course, as time marches on, things change, even for musicians. Children, marriage and the other trappings of adulthood eventually claim most of us–not that that’s a bad thing. Even the most unruly and defiant among us aren’t immune. Seconds has managed to change with the passing of time and not lose his edge, though the music he’s spending most of his time making nowadays is a far cry from the brazen punk rock of his youth. He stands as a perfect example that it’s possible to grow up gracefully in the music business and still have a good time doing it. When Submerge contacted Seconds, he was happy to report that he’d just received a text message from his label, Asian Man Records, that his latest solo CD, Good Luck Buttons, had come in.

“I was pretty excited, actually. After all these years of having different records out, it’s still pretty exciting to get word that the new CD is done,” he says. “It’s definitely one of those little thrills you get–realizing that something you’ve been working on for two years has come to fruition.”

It would seem that Seconds’ continued enthusiasm for his music has bled into his songwriting this time around. Good Luck Buttons, out May 11, 2010 bears a much sunnier disposition than its most recent predecessor, 2008’s Rise Up, Insomniacs! Seconds said a lot of Good Luck Buttons was written while he was on the road for Rise Up…, which had a big effect on the finished product.

In our interview, Seconds talks about how real-world stress got him down, and how he was able to find solace and brighter days by focusing on his music.

You did a lot of solo touring for your last record. Did those experiences have a big effect on your writing of Good Luck Buttons?
Yeah, definitely. Living in Sacramento, and I’ve been here a long time, Sacramento always inspires my writing–at least my acoustic stuff, because I got started doing the solo stuff here in Sacramento, playing open mics and coffee houses and stuff like that. This time around, I got to go to Europe a couple of times and toured around the States, and [the songs on Good Luck Buttons] definitely have a travel feel to them–at least in the way that I wrote. I would pull over, resting somewhere, and jot down ideas for a song. The last record was a tense, stressful record, because all the things leading up to that record coming out–it took me forever to put out. I had crazy back problems; I was dealing with our business going under. All this stuff was happening. It was more like, “Let’s get this thing done so I can get it out and be happy again.” This new one is a little more free-spirited. I think it’s a happier record, at least. The road influenced it quite a bit.

There’s a sunny vibe to this record, listening to it all the way through. There’s almost a pop feel to it.
That’s cool. I love melody and harmony. Good pop–I love it…unless you’re talking about Britney Spears pop. I love good melodic pop music. Even when I try to do one kind of thing so I can establish myself doing this kind of thing. I listen to gospel music, I listen to metal–if it pops up in there, I guess it’s bound to happen. It’s not an accident if it’s in there. [Good Luck Buttons] is more up-tempo and not as mopey-sounding as the last record.

You were mentioning the problems you were having with the business. Was it difficult to balance all your music projects while running the True Love coffee house?
It was. My wife Allyson and I ran the first location starting in 2001, and we were open for almost four years at that location, and I did some shows, and 7 Seconds did a couple of little road trips, but I decided it was going to be a big deal and that I should really commit to this and be a business owner. That was a big switch for me, because I’ve been pretty irresponsible for most of my adult life. I’ve just been able to get in a van and go, you know, and not worry too much about paying rent and paying bills, but I learned a lot from it. It also brought stress in my life. I was having panic attacks every other day. This was the first time in all the years I’ve been on Earth where I’ve been responsible…

We closed on a high note, we were doing the best we’d ever done, but we had a horrible relationship with our landlord, and we couldn’t renegotiate with him because he was being such a prick. We said, “Instead of dealing with this, let’s shut it down for a while, and if we want to do it again, we’ll do it at another venue.”

In that time between the first and second True Love, I purposely filled up my calendar with as many shows and tours that I could. It was great getting back to something I knew and that I’d been doing since I was 16, but as you get older, it takes a lot out of everything. When I was 20, I could get in the van for three months straight, but now it’s like, I love these guys, but come on.

But I’m still good at touring, and I love traveling. When you go to other cities and other countries, your brain and your heart change. You can’t be the same person you were when you come back. You look at people differently, you look at food differently, you look at art and music and film differently. If I don’t have that, I feel like I’m working at half-power. At the same time, it was really gratifying being a part of and running a place that meant something to Sacramento. It was a little more than just a coffee house. It was a hub for the community. It was nice to give that to Sacramento. Allyson and I talk about it like, “Are we crazy enough to do it again one of these days?” We probably both are.

The title of the album comes from the song “No Good Eggs.” Was there a reason you picked a line from that song in particular?
Titles are really hard for me. I try to stay away from the most obvious things, or what I think are the most obvious things. Whenever I sing the line, and Allyson sings that with me live a lot, and I think just because of her harmonies, it really resonates with me. I’m not really sure if it has a meaning or if it’s a good title or not, but it just stuck out, and I liked it a lot. The last record, now that I look back on it, was such a downer, and it seems like I was trying to make it a downer. A lot of stuff was going on, I lost a lot of really close friends, Allyson and I were having problems, so I had to fill it up with a lot of negative stuff to get it out of my system. Good Luck Buttons seems like a harmless, meaningless title–no huge meaning, but I guess it just came down to thinking it sounded cool.

It definitely fits the songs. One song in particular that I really liked was “Sunday Afternoon Bicycle Polo.” Where did the lyrics for that one come from?
I had this space that I turned into a studio. I did my paintings there, and I also did some recordings there. It was over near 19th and X streets. I had it for a few months. In fact, a lot of the stuff on the last record was recorded at that little studio. One day, I was not having a good day. Nothing was coming together. I was bummed at myself for wasting time and not getting anything done. I looked out the window, and across the street was an overpass for the Capitol Freeway, and there are these big concrete patches of property. There were these kids out on the concrete playing bicycle polo, and I thought it was funny because they were these young, hip kids. At first, I was really annoyed by it, like, “Look at these fucking hipsters. Who do they think they are?” Then I realized, it made this thing change in me like, “Why are you being this old, cynical prick?” It’s kind of cool that they’re out there doing it. It’s nice and warm. What I always do with songs is that I’ll have an idea for a song, and then in the middle of it, it just changes. All of a sudden it became this love song about someone I know. She’s a great person, but she’s always on the outs. She’s always trying to be a part of something, but she can’t quite fit in…

In the bio you sent us, you were sheepish about 7 Seconds’ influence on younger bands. You made a joke where you apologized if your band had had any influence on younger bands. Is the influence you’ve had on youth culture difficult for you to admit?
It’s not difficult at all. For me, it’s more of an embarrassing thing when people say it. I still haven’t embraced the idea that we might be a bigger deal in some people’s minds than we are. I love that we are. I love that when we play, a lot of great bands will come up and say that they were influenced by us. Of course it’s very nice to hear, and we love it. But I’ve never been good with big compliments–when people come up to me and start calling me legendary, it’s like, “I’m still alive!” Call me legendary after I die.

It all comes from a good place. I know that. I don’t shit on it. I don’t ever want to be somebody who comes off standoffish or who doesn’t appreciate the fact that people have been so supportive of what me and my good buddies have done for the past 30 years… I have this tendency to be a little too self-deprecating at times, and my wife will be like, “Stop that!” It’s how I handle people giving me or my band compliments. 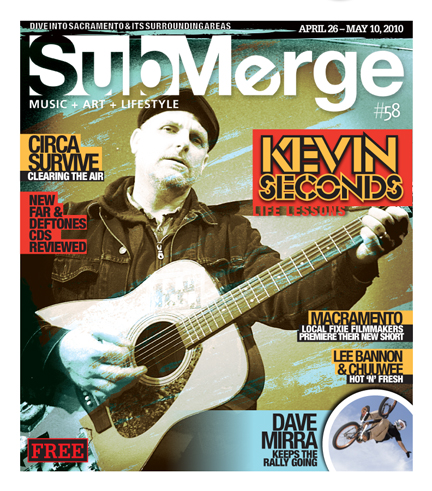