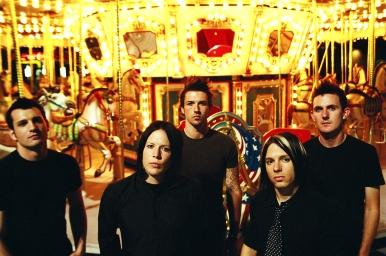 Beloved Sacramento rock band Shortie will play on Aug. 20, 2011 at Ace of Spades, their first show since breaking up five years ago. Guitarist Anthony Paganelli (who currently plays in Will Haven and also has a new project called Horseneck) recently told Submerge, “The idea of the Shortie reunion came up because we all were chatting about music and projects we were currently and recently in. Ryan [aka Pogus, vocals] mentioned that we should all get together at some point and hang out and watch our old tour footage. He put up a couple songs from a show we played at CBGB on Youtube. Then, of course, the idea of us playing again came up.” The guys hit up Eric Rushing to see if he’d be interested in hosting the show at his new venue, Ace of Spades, and he didn’t hesitate to say yes. “Eric was our manager,” Paganelli said. “So it’s full circle.” Shortie saw a fair amount of success back in their heyday: record deals, sponsorships, legit tours and songs in movies (2005’s Hostel), television shows (Viva La Bam, CSI, North Shore) and in video games. What I’ll always remember Shortie for, and what I’m looking forward to seeing most on Aug. 20, was their balls-to-the-wall live energy. They put on a damn good show back when they were young bucks. Let’s hope they can still bring it. “We are just so happy to play this show and have our friends there so we can have a super good time and party all night long,” Paganelli said of the reunion. “So many people we haven’t seen since the last Shortie show will hopefully make it out.” A slew of killer bands will be opening, including F1rst Class Citizen, Eightfourseven, Self Centered, Above the City, The Seeking and Mark Wears Clogs. Hit up Aceofspadessac.com for more information.