Student of Hip-Hop • Sparks Across Darkness Takes a Poet’s Approach on His Debut Album, Obscura 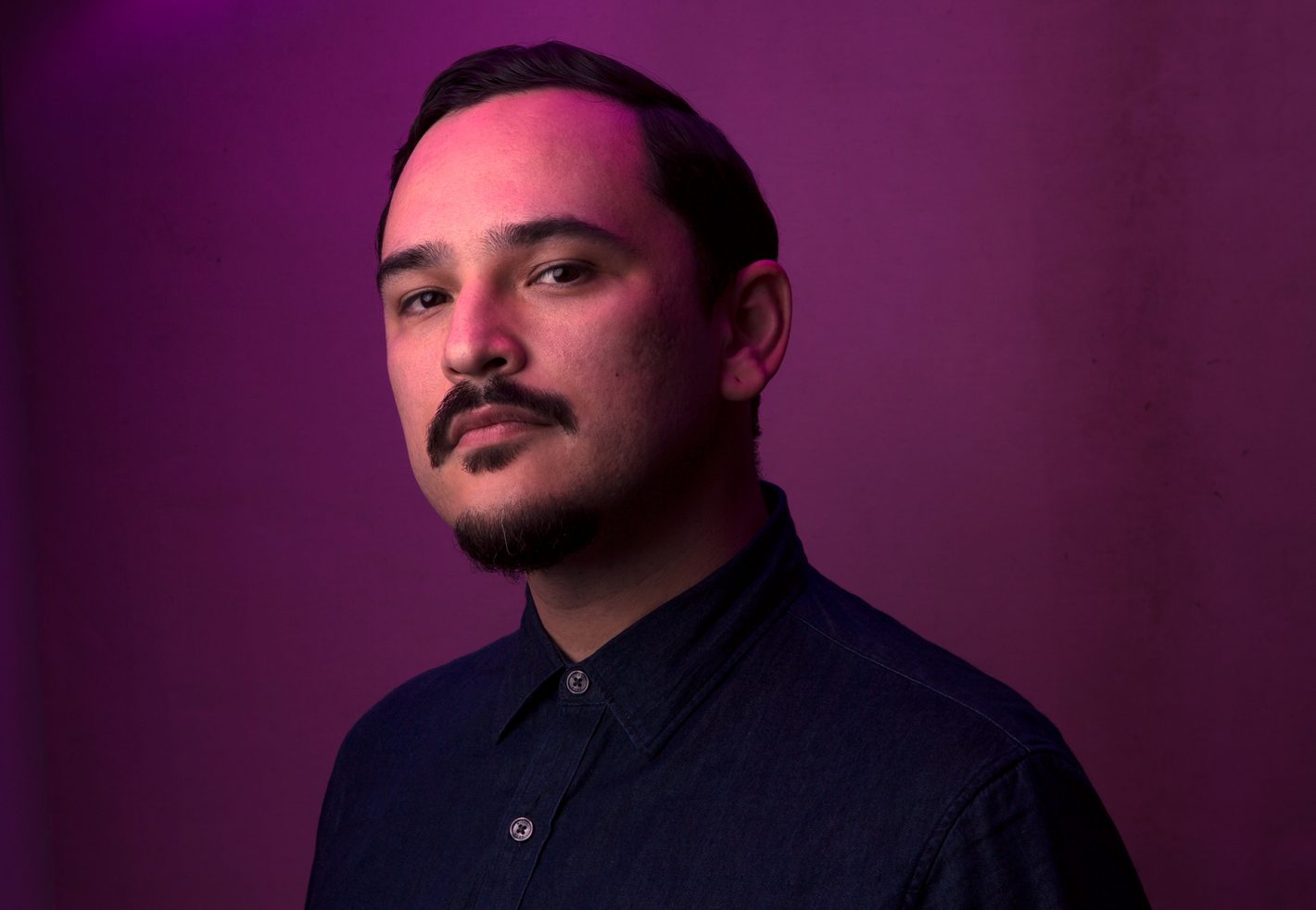 With the newfound national successes of Sacramento rappers like Mozzy and Hobo Johnson, not to mention the continued critical favor shown to internet-darlings Death Grips, the local rap scene is getting more attention than ever. Yet it would be hard to sketch out any real conception of a “Sacramento sound,” what with Mozzy’s Death Row feel, Hobo Johnson’s insistence that he’s not really a rapper and Death Grips’, well, weirdness.

Perhaps that’s why Sacramentan rapper Sparks Across Darkness, whose debut album Obscura will be dropping Aug. 18, 2018, sees himself as a collection of influences, rather than an artist imbedded in a specific locale. Obscura, three songs of which are available on Sparks’ Soundcloud, is, like any good rap album, filled with inventive production: Sometimes odd, sometimes catchy and many times unusually both.

But as one would expect from someone who studied creative writing at San Francisco State, whose classes in the ‘50s would spawn the literary movement known as the San Francisco Renaissance, many of Sparks’ songs feel deliberately verse-forward. In this manner, he resembles both the alt-rappers of the early aughts, as well as the booming movement (contentiously) known as “art-rap,” which has been largely defined by the disparate geographic origins of its vanguard members.

Written in a style that sometimes leans heavily on the abstract, Sparks’ songs are, according to him, expressions of his day-to-day life. In a way, it’s telling that Sparks’ music video for “Monsters and Thieves” was filmed in Dimple Records (he used to work at their Arden location) interspersed with shots of the Sacramento skyline—a story of daily life, with wide-ranging artistic influences.

Submerge snagged an interview with the man of letters himself as he was distributing posters for his release show at the Momo Lounge on Aug. 18, featuring local rap duo Ode to Saturday and electro band Petaluma. So, read on for a whole bunch of behind-the-scenes info and a choice selection of teenage poetry. 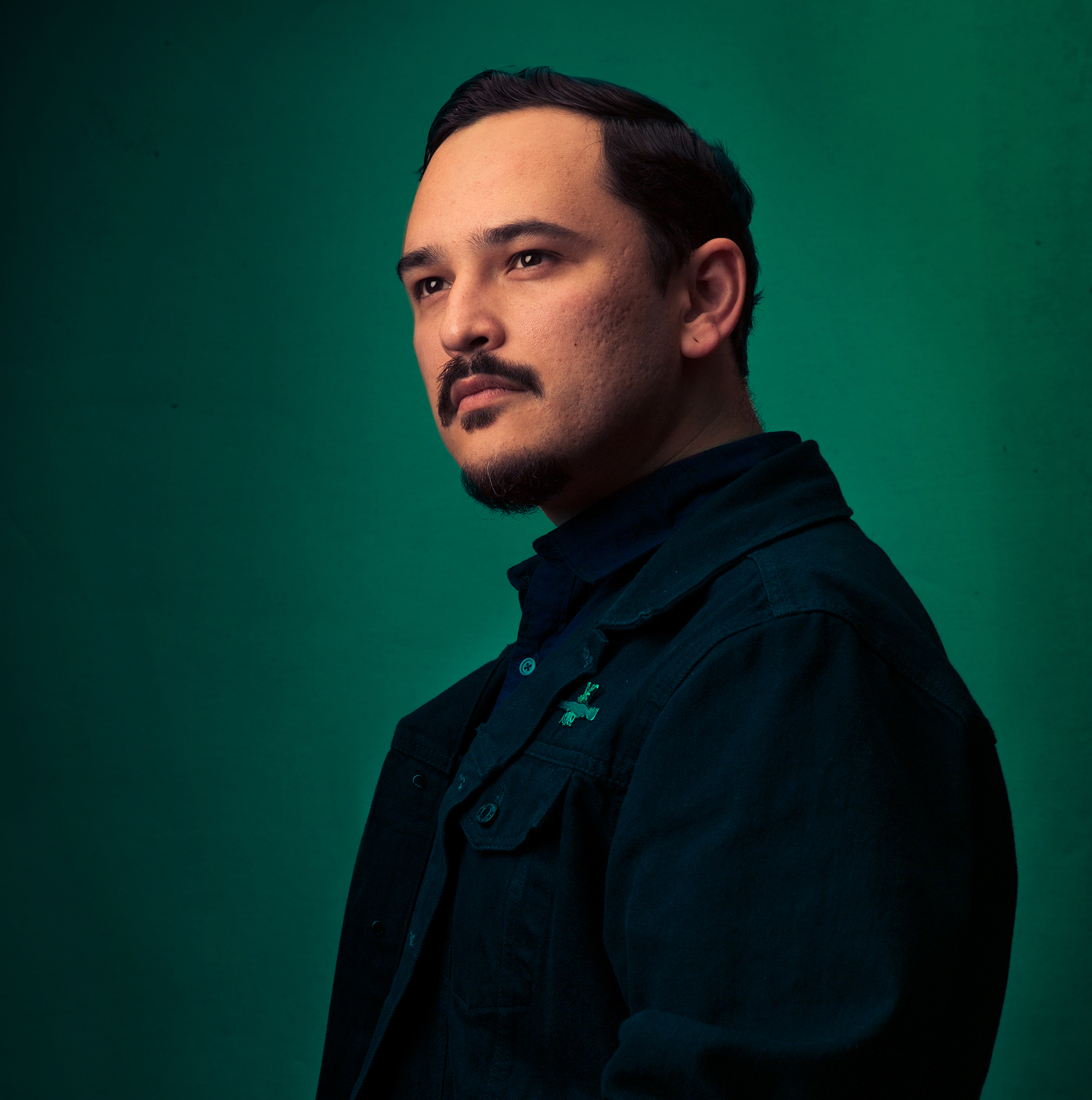 So, where does the name come from?
I made the name years ago when I started a new project with my friend. I was listening to a lot of Beatles at the time, and “Across the Universe” was one of my favorite songs. So I kept the “across,” and wanted a name that would both encapsulate my sound and give it an image.

Besides The Beatles, what are your musical Influences?
Funnily enough, New York hip-hop. I owe a lot of my style to [label] Definitive Jux, and that experimental indie hip-hop that started budding around 2002–2005. I kind of latched on and was such a fanboy. A lot of my other favorite albums are like Nas’ Illmatic and Wu-Tang’s [Enter the Wu-Tang] 36 Chambers. A lot of those East Coast guys, with the ways that they use their verbiage and their beats are so heavy and dusty, and that tends to be the kind of thing I gravitated toward and still do.

“Heavy and dusty.” Is that what you push for on your instrumentals?
Interestingly enough, the album ended up all over the place. I tend to do stuff that sounds catchy, but not necessarily catchy in a normal or monotonous way. It all started with White Horse [producer on songs “Who You Be?” and “Nice to Meet You” off Obscura] who shot me four or five beats. That initial interaction ended up shaping a lot of the sound I was heading toward on this record. In the end, I guess I just picture this album as its own little world, and I keep things on it that are living in that world. It’s a reflection of ours that’s sad and dark and luminous and joyful. And funny—it’s just eclectic.

So how long has the buildup to your first album been?
It all really started four years ago when I first wanted to make some new stuff. I ended up doing some songs on the album and some extras I’ll release later. But that was four years ago, and I had a baby and a full-time job, and inspiration ebbs and flows. Now it feels right, it feels complete.

Has having a daughter influenced your approach to music?
It’s only natural when you have a kid that its your whole world. I only reference her once on the album, and I don’t think it’s changed me, per se. I still have songs that are vulgar. I think if anything it’s inspired me to try and be better and grow—to be a good dad.

A lot of your lyrics are very rich and poetic. What’s your writing process?
This album, I tried to make it very open and relatable but leave myself out there and vulnerable. It contains topics and things that I’ve gone through and felt in the hopes that other people are going through similar things in similar ways. I’m big on my words. I’ve been writing poetry for 14, maybe 15 years, and I definitely feel like my lyricism is a reflection of that.

I’ve studied writing and writers, but I feel like I’m a student of hip-hop, and I just started making my own style and trying to stick with it. There’s some repeated images and repeated themes that refrain throughout the record and touch each other, and I think that’s why it took so long. I kept trying to make it feel right as a circular thing.

You mentioned that you studied writing at San Francisco State. What are your biggest literary influences?
When I was young, I loved Langston Hughes, because he was so straight to the point. I also loved Emily Dickinson, E.E. Cummings, Dylan Thomas and on the hip-hop side people like Aesop Rock and El-P. Aesop [Rock] is underrated as a lyricist—at least, I don’t understand what he’s trying to say half the time.

Did you want to write poetry before being a musician?
I don’t really think that I wanted to be a writer, because I wrote shitty stuff when I was young. I was angsty, because when you’re young you’re not very calculated with your words. When I was alone, and by myself, hip-hop made me feel like I was part of something and I could view other people’s worlds and get a feeling that this person felt the same way I have.

Are there any treasures of early poetry from the vault?
Oh god … The earliest one I can remember goes, “Girls make my heart pant/and I can explain why girls do the things they do until I turn blue/but I can’t because all I am to this world is an ant.” So yeah [laughs] that’s one of those lines that sticks with me. It’s comical to me now, but I’m sure it sounded very poetic.

Where do you see yourself in Sacramento’s rap landscape today, with the national fame of acts like Hobo Johnson and Death Grips?
Well, Hobo Johnson is a homey of mine, and it’s crazy to see how things have grown for him, and I consider a lot of those guys friends. I’m creating what I want to do, a piece of art that I want to hear in the hopes that others do, too. Trying to categorize myself and see where I fit into the landscape of Sacramento—I don’t really do that. We categorize ourselves too frequently, and it causes separations between hip-hop groups.

What do you want the world to know about Sparks Across Darkness?
I just want people to know that if you feel less than, you’re not. You’re an amazing piece of dust in the cosmos, and that this is my couple year-long summation of being a little piece of dust, too. That’s all I’ve got to say.

See Sparks Across Darkness live at Momo Sacramento (2708 J St.) on Aug. 18, 2018, at 6:30 p.m. Also performing will be Petaluma and Ode to Saturday. Tickets are $10 and can be purchased through Momosacramento.com. This is an all-ages show.