Spindrift, The Golden Ghosts and Echo Location live at the Townhouse – Sept. 11, 2011 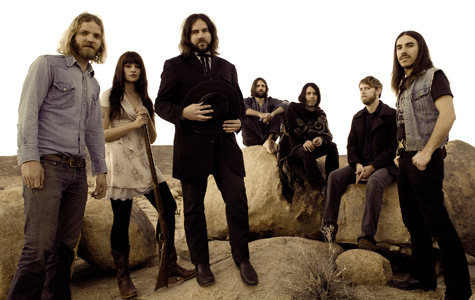 Los Angelean bands Spindrift and The Golden Ghosts and Echo Location from Oakland, not to be confused with U.K.-based band Echolocation, will be rocking at a venue near you on Sunday. Spindrift has been on the scene since ‘92, self-described as a psychedelic spaghetti Western grindhouse rock ‘n’ roll band, complete with the accompaniment of a pedal steel guitar and autoharp. They released Classic Soundtracks Volume 1 on Xemu Records earlier this spring, a collection of 14 theme songs set to different film scores. Note that these guys are heavily influenced by Western films. The duo Golden Ghosts is pure rock ‘n’ roll consisting of just drums and guitar, while three-piece Echo Location falls somewhere in the experimental soundscape. Showtime is 9 p.m. at the Townhouse at 1517 21st Street. This show is brought to you by Sacramento’s Record Club and music label Rainspell.