A Window into the World of Steve Aoki 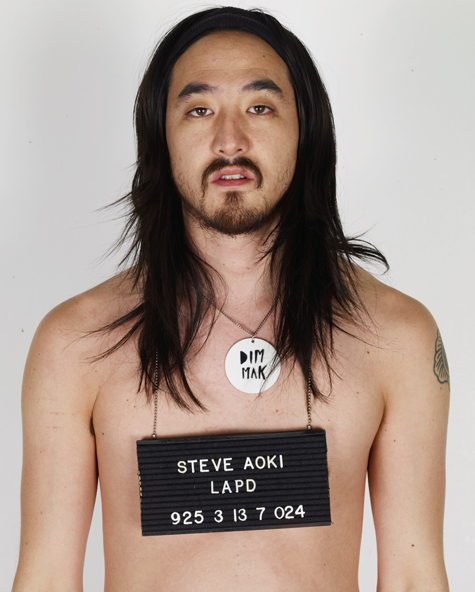 Shut Up and Dance

Clicking through pictures on The Cobrasnake, Los Angelean photographer Mark Hunter’s Web site that documents the revelry of his friends and acquaintances, it would seem that, even though much of the world is mired in an economic crunch, excess is still alive and well. At a cursory glance, it would seem that Hunter’s world is full of designer clothes, designer people and designer drugs. And if Hunter is the man who catalogs the flamboyant sights of the Los Angeles (and worldwide) party scene, then it’s DJ Steve Aoki who provides the sounds.

However, to just write Aoki off as the hipster Pied Piper would be a mistake. Born into money (his father, Hiroaki “Rocky” Aoki, recently deceased, was the founder of the Benihana chain of restaurants), Aoki didn’t let his station dissuade him from forging his own path. While pursuing a B.A. in women’s studies and sociology at UC Santa Barbara, Aoki started producing records and hosting underground shows out of his apartment, forging the foundation of what would become long-running L.A.-based music/fashion boutique label Dim Mak, which, unlike many others in the record industry, is thriving in the niche it has carved out for itself.

“You just always have to throw away the old model,” Aoki says of his 12-year-old label. “You have to move with what the new signs of the times are. There are different ways of selling records and making money, creating revenue streams with music. It’s not just record sales. Sometimes we’ll give away one of our singles, just to promote our artist, and find ways to make money around that.”

Aoki’s pursuits do not end at his label, however. He also designs clothes for KR3W Apparel and Supra Footwear; has produced remixes for Lenny Kravitz, Chester French and Robin Thick (and had just turned in one for All American Rejects at the time of this interview); released his first solo mix album, Pillowface and His Airplane Chronicles, in January of this year [2008]; and, following in his father’s footsteps, opened up a restaurant in L.A. called Shin with a few of his celebrity friends. All that, of course, is in addition to performing as a DJ, which has kept him booked solid “25 dates every month” in 2008. Submerge spoke with Aoki during a break from working the studio, a night before he was set to begin a string of DJing dates starting in Porto Alegre, Brazil.

I’d read in an interview that you were hoping to tour less in the future.
Exactly. I’ve just opened a restaurant in L.A. I bought a house here. I’m producing a lot more tracks. All my businesses are running out of L.A. I just love being in L.A. And I just love doing nothing sometimes.

You do have a lot of different ventures. When you go on the road, do you think they suffer without your attention?
You know, Dim Mak records, we’ve been doing that for 12 years. This year, I’ve been, like, gone a lot, right? I’ve been gone 25 dates every month, and the label has just grown exponentially even while I’ve been gone. I just have the right team. I feel like I have the right people around me to run all the different things for me. The clothing line is growing fast and doing really well. I have deadlines that I work with for all the different companies I design—you know, I develop lines for three or four different companies—so I have my own deadlines that I have to handle with these different companies, which is a pain in the ass because everyone has their own seasonal deadlines. The fashion side of things keeps me really fluidly working. I’m constantly working on different stuff. The production, I’ll be in the studio for 12 hours straight and pumping out remixes. I don’t do it every day; I just do it when it needs to get done. There are certain things that take up a bulk of my time, and some things that are, like, constant.

You’ve played some exotic locations; and in December, you’ll be playing The Park Lounge in Sacramento. You’ve been here before. What are your impressions of Sacramento?
I DJ’d at The Park, so it wasn’t a good representation of the nightlife culture there. I’m going back there to play, but this time, I’m not going to play any fucking hip-hop. I’m going to play my dance set and see what people think about that.

Do you feel out the crowd when it comes to what you’re going to play?
I want to be democratic. I don’t want to be a complete snob. I want people to have a good time. It’s not just about educating people about new songs, it’s about having fun, having a fun dance party, you know? You can’t force-feed people music. A good DJ knows how to present music in the right way.

Do you consider yourself a good DJ? Is that something that matters to you?
You mean technically?

Yeah, technically.
Yeah, I mean, it’s just like the A-plus student, the guy who has everything. He’s the Tony Hawk of DJing—he’s technically great, he’s got great song selection, he plays new music, he’s able to educate people, he’s able to be really democratic with the crowd, he’s able to please everyone—all that shit matters. The skills aren’t the only factor. If you asked me the question, “What’s more important: skill or taste?” I’d tell you taste. If a guy’s really skillful, but his tracks are just horrid, I don’t care to listen to his skill. Yngwie Malmsteem can play guitar solos for fucking 30 minutes, but I’m not going to dance to it. I really don’t care about hearing Steve Vai playing his guitar solo, or Eddie Van Halen playing his guitar solo. 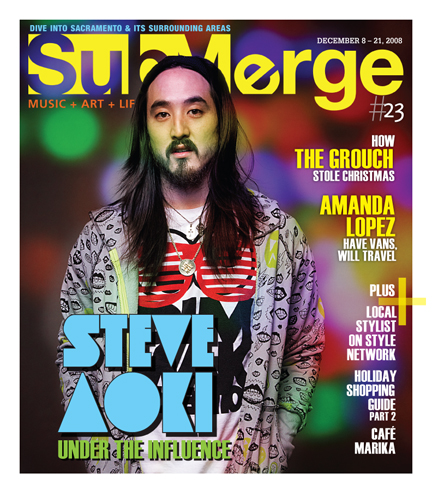