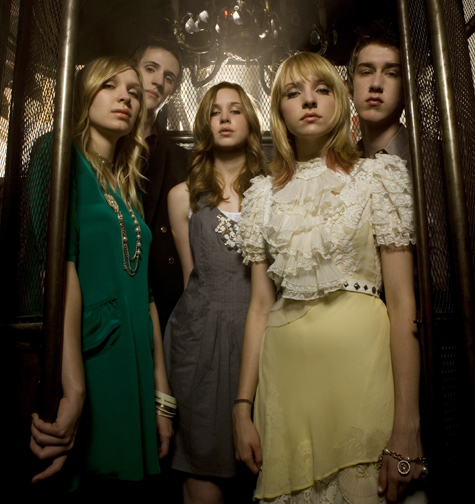 Even over the phone, Eisley’s Sherri DuPree has the sort of wide-eyed charm that will either make your eyes turn into giant cartoon hearts or cause you to vomit–depending on your kink. When Submerge spoke with the young singer/songwriter/guitarist and she cooed about a fan in Pittsburgh who’d brought the band “a friggin’ freezer full” of gourmet ice cream.

“It was awesome,” she added for emphasis.

It’s not difficult to see why Dupree and her group of fresh-faced Tyler, TX youths have garnered such an avid fan base. Eisley is the teddy-bear-cuddly antithesis to the aloof, iconic rock stars from the days of yore. They’re approachable; DuPree herself blogs regularly on the official Eisley home page, posting personal pictures and giving regular updates whether the band is at home or on the road. As a result, gifts like the freezer of frozen treats received in Pittsburgh are not out of the ordinary.

“The things we’ve been getting the most on this tour are the Starbucks Double Shot things in the can,” DuPree said. When asked if the frequency of these gifts had anything to do with a picture of herself drinking a can of the caffeinated beverage posted on her blog, Dupree answered, “That wasn’t what I was going for, but it totally worked.”

Though Dupree was in good spirits and easy to speak with, since the release in Aug. 2007 of Eisley’s latest album, Combinations, her personal life has had it’s ups and downs. The end of 2007 saw her marriage to New Found Glory guitarist Chad Gilbert end in divorce. At around the same time, Sherri’s sister and bandmate Chauntelle broke her engagement with Taking Back Sunday’s Adam Lazarra. Sherri said that though the experience was very painful, now that time has passed, she sees it as a positive one.

DuPree explained that having a sibling go through a similar ordeal gave both sisters someone to rely on through their difficult times .
“My deal went down…and the guy who was going to marry her [Lazarra] was saying, ‘I can’t believe Sherri’s husband is doing this to her, leaving her’ and talking all this trash about him, and then [a couple of months later] he ended up doing the same thing,” DuPree said.

“Now it’s funny because we’re through it,” DuPree went on to say. “But at that time, our worlds were thrown upside down. We totally had each other to lean on. It was really helpful for both of us that it happened at the same time, because we both could understand each other so well.”

Other than being a learning experience, DuPree said her marital woes also helped her grow as a writer.

“When you go through something that intense emotionally, you’re pushed to grow in every part of your life,” DuPree explained.

In the time off Eisley had leading up to their spring tour (which got under way on Apr. 1 and will carry through May 24, including a stop at The Empire in Sacramento on May 13), DuPree said that she and sister/bandmate Stacy had been writing new material. Sherri said that the group has already demoed between 17 and 20 songs on Garageband, though at present time there were no definite plans for when the group would re-enter the studio.

“Hopefully we’ll be able to go to the studio pretty soon–maybe after the summer’s over–and record something, even if it’s just an EP,” she said.

Though a new Eisley album is still just on the distant horizon, DuPree said the material she had been writing had been a lot more guitar heavy and believed that their next release would be, “a little more heavy–more rock” than the group’s previous efforts.

“It’s dorky, but I love playing loud guitar,” she said with a laugh. “‘Many Funerals’ [from Combinations] is one of my favorite songs to play because it’s one of our heaviest songs, so it’ll be fun having a few more [like that].”

DuPree admitted that the more aggressive guitar parts she’d been writing may have been a result of the dissolution of her marriage to Gilbert, and that her divorce would affect the lyrics for the new material as well. However, she was quick to point out that the group wouldn’t be abandoning their softer side.

“There will definitely be love songs too because that’s always how it’s going to be,” she said. 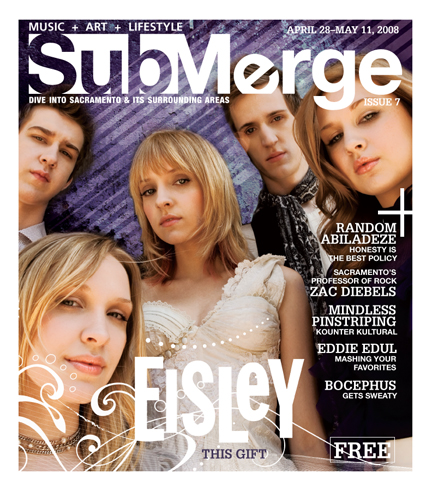