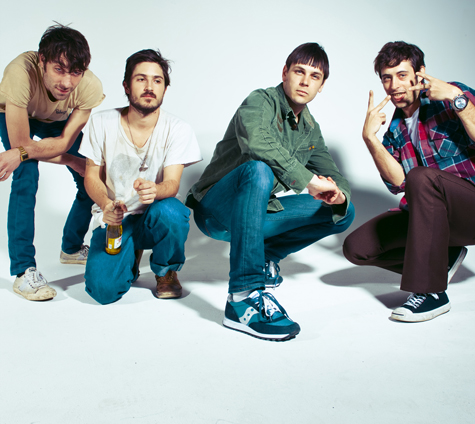 To Err is Human

The Black Lips are a band with dirt under their fingernails—amongst other things. Hailing from Atlanta, Ga., the group has become as known for its music as it has for its penchant for nudity, homoeroticism and bodily fluids. But what’s rock ‘n’ roll if it’s not offensive?

No strangers to controversy, The Black Lips have already had an interesting 2009, even by their standards. In January, while the band was touring through India, their onstage hedonism raised the ire of concert promoters during a show in Chennai. The audience cheered as pants were dropped and lips were locked, but conservative Indian authorities were not as amused. After nearly losing their passports, The Black Lips fled the country in order to avoid persecution.
“It’s a tough country to play,” opines Jared Swilley, The Black Lips’ bassist/vocalist. “It’s not really primed for punk bands to go there; it’s just not really ready.”

The debacle in Chennai occurred a short time before the release of the band’s fifth studio album, 200 Million Thousand (Vice). Its 15 reverb-drenched tracks conjure an uneasy feeling of nostalgia: though songs such as “Starting Over” and “Old Man” borrow from the idyllic sounds of early rock ‘n’ roll and doo-wop, there is a sinister undercurrent, whether it’s the grotesque imagery of lyrics of the former such as, “My wounds won’t stop oozing“; or the funeral march-like verses of the latter that segue into an eerily dulcet chorus. 200 Million Thousand carries a blend of familiarity and creepiness that may be found in an old, water-damaged sepia-toned photo album.

Submerge spoke with Swilley as he and the band were “just cruisin’ the highway” between Costa Mesa and San Diego. Swilley voiced his opinions on topics ranging from digital recordings to his bizarre relationship with Berlin-based garage rocker King Khan, to fearful Americans. Be careful, because this might get messy.

You’ve had a pretty busy year so far. I wanted to talk about the new album a bit. It just came out in February. I read that it was recorded to vinyl first and then to CD. Why did you take that approach?
Vinyl always sounds the best. CDs are cheap, and they’re poor quality. It affects the music, because we record everything in analog. It’s a warmer sound. We had a lacquer made first and then mastered it to CD off of that. It’s just more human—just realer. Digital bytes and ones-and-zeros”¦it’s too robotic.

For your music in particular, it does seem to have a throwback element.
That’s always how I’ve liked music. All my favorite records—I mean, I think the apex of recording techniques in production was reached in the early ’60s. They had all the best machines. They were putting the mics in all the right places and using the right reverb and echo. It just sounded really good. Even if you’re not doing that kind of music, I think that way of recording is the best. When they started letting the robots take over, it just lost that emotion. I love hearing the little mistakes. I love hearing the pops and clicks. There’s something that’s so soulless about recording onto something like ProTools or Auto-Tuneing a voice and punching in. When you do it the way that we do it, you all have to do it the same way. You all have to get a good take. If there’s a fuckup, you either leave it in or do it again. It’s more passionate and realer. All that other stuff is fake. Someone could invent a robot to make music, but it couldn’t recreate what a human being does. I like even all those old Sun records. They were recording everything under one microphone with a full band and doing everything live. If the drums were too loud, they’d just move the drums further away from the mic, instead of just adding more microphones. I love that minimalist approach.

I’d also read that you’d sampled the first-ever recording for a song on the record.
Yeah, this guy, I forgot what his name was”¦ Edouard-Leon Scott de Martinville. Thomas Edison tried to take credit for the first recording, and that’s very typical for Americans to try to steal someone else’s thunder, but it was actually a Frenchy who did it. We took the oldest-known recording and mixed it with ours so it’s kind of like a sÃƒÂ©ance, like communicating with the dead.

I thought that song was very haunting. Was it the Edison thing that made you want to sample it, or was it something you heard that you thought fit well with the song?
Just because it was spooky, and it was public domain. But it sounded cool. It just worked. Cole [Alexander, vocals/guitar] really wanted to do that. It was exciting, because we turned on the news that day and instead of talking about Obama’s dog or what Michelle is wearing, they were talking about the first-ever recording.

You were working on an EP with King Khan & BBQ Show under the name The Almighty Defenders. Do you know when that’s coming out?
I’m waiting for those motherfuckers to call me. We’re supposed to figure out what label to put it on. They need to give me a call so we can figure out what we’re going to do. We played one show as the Almighty Defenders in Berlin. We’re doing a show in June in Toronto, and hopefully some more in the fall. It’s kind of gospel-influenced, but it’s more evil gospel. It doesn’t have anything to do with God, unless we’re talking about beating him up.

Do you think you could take Him in a fight?
Yeah. Have you ever tried to punch a shadow or an imaginary thought?

I read the blog post you’d written about meeting King Khan. How much of that was reality and how much legend?
It was actually way rougher in real life. We hated him when we first met him. We thought he was the worst. He hitchhiked to our show and immediately introduced himself and went back stage and just sat down. He helped himself to a bunch of our food and beer. It was one of those things where he just decided he was going to be friends with us, but we really didn’t like him. It was our first time in Germany, and I was like, who the fuck is this guy? He just kept saying embarrassing things, and he peed on our merch. He peed in this bottle and started spraying it on these German kids”¦He was breaking bottles around the stage and I fell on it and cut my hand, and he drank my blood”¦ It was a mess. After the show, he came over to our place and started making omelets all night and talking really loud.

Were the omelets any good?
I didn’t eat it. I was just trying to lay down and just telling him to shut up. I couldn’t stand him. And now we’re best friends.

So you guys are actually kindred spirits in many ways.
One time, he sat me down—and I was checking our Myspace at his house—and he made me put him in the list of band members. He’s not very modest.

You mentioned him urinating on the merch and stuff like that. Given antics your band sometimes engages in on stage, was that sort of a taste of your own medicine?
I guess there was a little bit of karma. But I think that’s disgusting, you know? It’s not good for anyone. It was his interpretation of what he thought we would like, but we didn’t like it.

You recorded that EP after the incident in India. Did any of that play into the songs you were writing?
Kind of. It was an outlet for us, because it was a really stressful situation. It was a major bummer. It was kind of our release to get over that. It was therapeutic. It was good medicine, and we’d been wanting to record songs like that for a long time.

A few years ago, you played a show in Palestine, on the street pretty much, for Palestinian kids. What was that experience like?
It was weird. I was nervous to go. The day before that, the guy who was filming us while we were there was shot by the Israeli police with a rubber bullet. He was filming a Palestinian protest and he got tear-gassed and got a bullet in his gut. I was nervous to go, because we were in front of a mosque, and I thought people weren’t going to like a bunch of Americans setting up and playing some rock ‘n’ roll music there, but the kids really liked it. The kids were happy and dancing. Their parents invited us to this shop near there and made us tea and gave us a picture of Saddam Hussein shaking hands with Yasser Arafat. It was pretty cool. I was nervous too, because in Gaza at the time we were there, that’s when they were having the civil war between Hamas and Fatah. But it turned out good. I was happy with it. You get these misconceptions in the media that it’s this crazy place where all the Muslims want to kill us; I didn’t see any of that at all. I didn’t see any anger at all.

The Black Lips seem to venture places where other bands maybe fear to tread. Does that open your eyes up to a lot of things?
Yeah, you definitely see a different side of it. You get away with a lot traveling as musicians, because people know you’re not an average tourist or some weirdo with a fanny pack. You definitely get to see a different side of it. Americans are afraid of way too much shit. Most Americans are cowards. A lot of people think French people are mean and really hate us and stuff like that. I love France. They were always really nice to us, and the girls rule. Just things like that. My mom will say things like, “I don’t like French people,” but it’s like what does she know? When has she ever been to France? 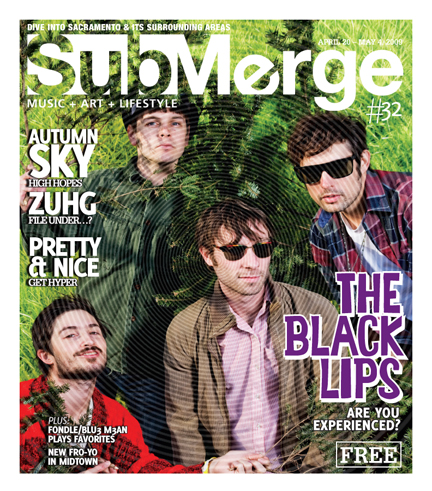