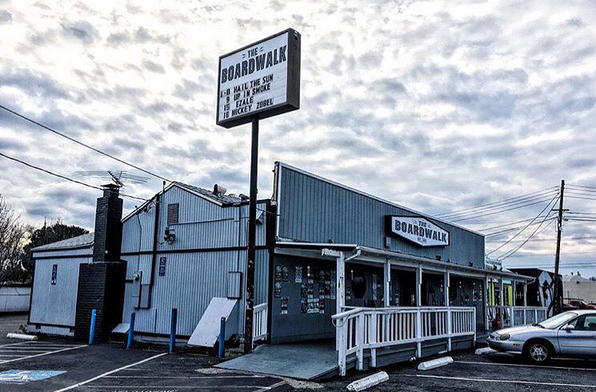 Major changes are coming to The Boardwalk, an iconic all-ages music club that’s hosted national and local bands across many genres since the late 1980s. The venue is set to close in January and February for a remodel, and when it re-opens in March to celebrate its 30th anniversary, it will become a primarily 21-and-over room operated and booked by the original owner, Mark Earl. Those who follow the local music scene closely will already know that since late 2014, The Boardwalk has been operated and booked by Eric Rushing and Bret Bair, founders of popular downtown Sacramento music venues Ace of Spades and Goldfield. Rushing also booked shows at The Boardwalk from around 2000–2010. But now the two are stepping away from The Boardwalk in order to focus on their other ventures and to let Earl do his thing with the room. And while we here at Submerge are sad to see more all-ages shows in Sacramento going away, there are still a handful of rad gigs booked by Rushing at The Boardwalk through the end of the year, like badXchannels on Friday, Dec. 2 (a new project from Craig Owens of Chiodos and Destroy Rebuild Until God Shows); Mushroomhead on Wednesday, Dec. 7; Tribal Theory on Friday, Dec. 9; Animals As Leaders on Friday, Dec. 16; Hail the Sun on Saturday, Dec. 17; and Brotha Lynch Hung on Dec. 30, just to name a few. Visit Theboardwalkpresents.com to snag tickets to any of those shows. Keep an eye out here on Submerge for follow-up articles on the new Boardwalk incarnation, as well as any updates from Rushing and Bair, who are rumored to be looking for a new downtown spot to open another venue.