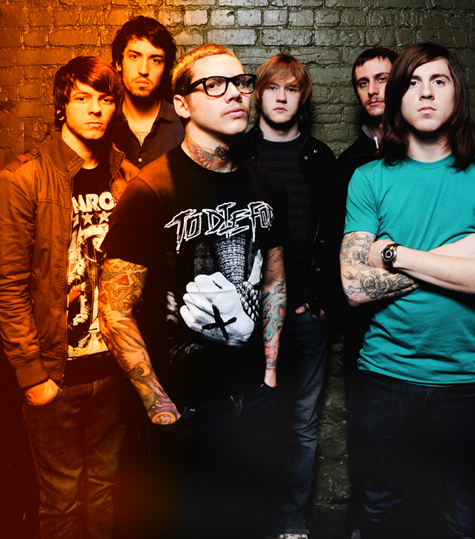 The Devil You Know

Two nights in New York City have taken its toll on Jeremy DePoyster. America’s largest city is a lot to take in for new visitors and longtime residents alike, but for a member of a band whose star is on the rise, New York’s hectic pace can reach exhausting levels. DePoyster, guitarist/vocalist for Dayton, Ohio’s The Devil Wears Prada, has been shuffled from meet-and-greets to photo shoots to interviews, not to mention playing two shows at The Fillmore at Irving Plaza, which he says were “probably the craziest New York shows we’ve had.” DePoyster doesn’t mind all the fuss, though.
“I’d still take this over any other job,” he says through intermittent yawns, early in the morning after the band’s second show.

The Devil Wears Prada won’t have much time to rest in the coming months. As of this writing, the band’s latest album, With Roots Above and Branches Below, is just a month away from release. Recently, the band leaked a song, “Dez Moines” onto their Myspace page. In less than a month since posting, the song has already received close to 1.8 million plays, whetting fans’ appetites for the new material. DePoyster says the song is a good bridge to The Devil Wears Prada’s new songs as it closely resembles the sound of the tracks on the band’s previous effort, Plagues.

Though DePoyster describes some of the songs on With Roots“¦ as having a Plagues-ish feel, he also believes the album is more mature and sees the band branching out (pun intended) in new directions. For example, With Roots”¦ marks the first time the metal-core group has opted to write songs in a tuning other than drop-D, dialing their tuning as low as drop-B for some songs.

“I really felt like we’d done two CDs in the same thing, and I really didn’t want all the choruses and chord progressions to sound the same as the last two records,” he says of the decision to drop down. “I didn’t want to write the same album again I guess.”

The band will be touring the country headlining the Sweet Brag Tour with A Day to Remember, Sky Eats Airplane and Emarosa until May 1, just four days before the album hits shelves; after that, they will fly to Russia for a couple shows, before returning to the states to join this summer’s Vans Warped Tour—not bad for a band barely 4 years old. Sacramento-area fans will be able to catch the Sweet Brag Tour when it rolls through Orangevale’s Club Retro on April 19, 2009. The Devil Wears Prada will once again visit Sacramento on Aug. 21, 2009 when the Vans Warped Tour comes to town.

Submerge rustled DePoyster out of bed for the following interview.

Do you think it opened you up creatively?
Yeah, definitely.

Was there a particular song that was really benefited by using the lower tones?
There were two songs, I’d say, “Assistant to the Regional Manager” and “Wapakalypse,” that would have suffered if they weren’t in that lower tuning because of the style of the riffs and stuff like that. They were definitely helped by being in that lower tuning. There was this other song that we did that had this really epic singing part at the end of it that I thought was cool just because it was in a different tuning with different chords than we would normally play. I could do some different stuff with it, and if we had done 10 or 11 more songs in drop-D, it would have just been too monotonous. It would have been just like Plagues.

I read a quote by someone in the band that said the new album is “more mechanical” than what you’ve released before. Would you agree with that?
I don’t know who said that. I wouldn’t necessarily say it’s more mechanical. Maybe they meant better structured because I think we’ve become better songwriters together than our last two records. Plagues was a big step forward in our songwriting, but I think this one even more so. The songs flow better through out. Other than going into some weird tempos and things like that. We’ve done that before, and that was cool, but it’s not really what we want to do now. We want to write better songs and not just breakdowns and big metal riffs and stuff like that. I think it [With Roots”¦] is easier to listen to and it’s more catchy because they flow so well all the way through. My favorite songs on the last record were songs like “HTML”¦” and “Hey John”¦” and stuff like that, because they flowed pretty fluidly throughout the song. We tried to do that with all the songs on this record.

So it’s less about seeing how much you could cram into one song than it is making the songs cleaner?
Yeah, exactly, and I think we were a lot more apt to, like, if it didn’t make sense in the context of the song, we would just scrap it. As opposed to before, we would be like, “What should we play here, this weird little thing? Yeah, let’s do that. Why not?” This time we were stricter on what made the cut and what didn’t.

I was reading the lyrics for “Dez Moines,” and one of the lines goes, “Profit zero, achievement zero.” I know the band’s name deals with materialism, and that seems to work into that song in particular, as well as being a recurring theme within the band. Do you see materialism as one of the biggest problems this generation has to overcome?
I don’t even know if it’s necessarily this generation. It’s just one of those things where”¦well, it’s hard to say. As a Christian band, we’re working for God first. I know myself, in my own personal life, it’s easy to get wrapped up in other things, whether it’s guitars or video games. I collect DVDs and stuff like that, but none of that stuff really matters in the end of it, by any perspective. It’s not important. It’s just something that’s always been important to us, and Mike [Hranica, vocals] really dove into that again lyrically.

Given what you just said, are any of the songs on the new record inspired by the current financial situation? What’s your take on that?
Reading through the lyrics, I wouldn’t say any of the songs are inspired by the financial situation. We haven’t really talked or thought about that whole business too much. I know we have one political song, but it’s a little bit different than that. It’s obviously a scary time for everybody. Even before all this crap happened, it’s been really hard to sell records, because everyone downloads, and the labels are suffering, and the bands aren’t selling as many records. Someone’s record just came out, I don’t know, Kelly Clarkson or something, and it only sold 250,000 copies the first week, which is insane that she would only do that many, where if it was three years ago, she would have done a million or something. It hasn’t really affected us, because we still have a lot of people coming to shows. We’re really lucky in that. Obviously, it sucks. Industries are crashing—the auto industry and all that stuff—and that’s not cool.

You’re headed out on the Warped Tour, and I guess it’s a nature of the beast, but there’s a lot of marketing that goes on during the tour, in the tents between the stages, does the commercial aspect of the tour bother you at all?
Not really. We’re not a punk rock band or anything. It doesn’t really matter to me, I guess. I come from a different background. I used to go to Warped Tour when it was in the new shape of things—Fall Out Boy and all those bands—and I was really into it. I was telling someone the other day that Kevin Lyman is a genius, and he’s done a really good job of keeping the tour current. He could have kept it all old punk bands just to please people and appease people, but he hasn’t really done that. He still brings back those bands every year, but he also brings in a lot of the new things. We didn’t know what to expect going into it. We thought it was either a pop-punk tour or a punk rock tour, but we went in on the first day and had a huge crowd and that happened the entire tour—the craziest shows we ever played. He does a really good job of building a broad package that still does really well.

You already mentioned that you and the members of the band have strong Christian beliefs, but many bands in the metal genre have a decidedly anti-Christian message. Did you listen to a lot of metal growing up, and why did you choose this form of expression?
Yeah, I definitely listened to a lot of metal growing up—and even more so now. I love Judas Priest, Iron Maiden, Slayer, all that good stuff. Musically, I love those bands. I don’t necessarily agree with what they say, but I can appreciate the music. I think the same thing applies to us. I mean, obviously we’re a Christian band, but we’re not preaching. We’re not shoving things down people’s throats. If they do come from a metal background, and they’re really anti-Christian or whatever, I still think they can find something in the music that they like. 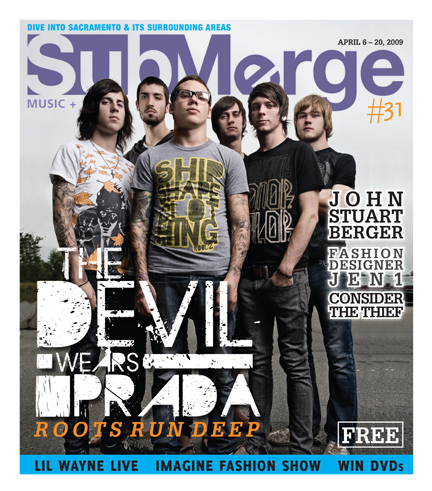