Ride the Haunted Surf: The Growlers Take Goth to the Beach 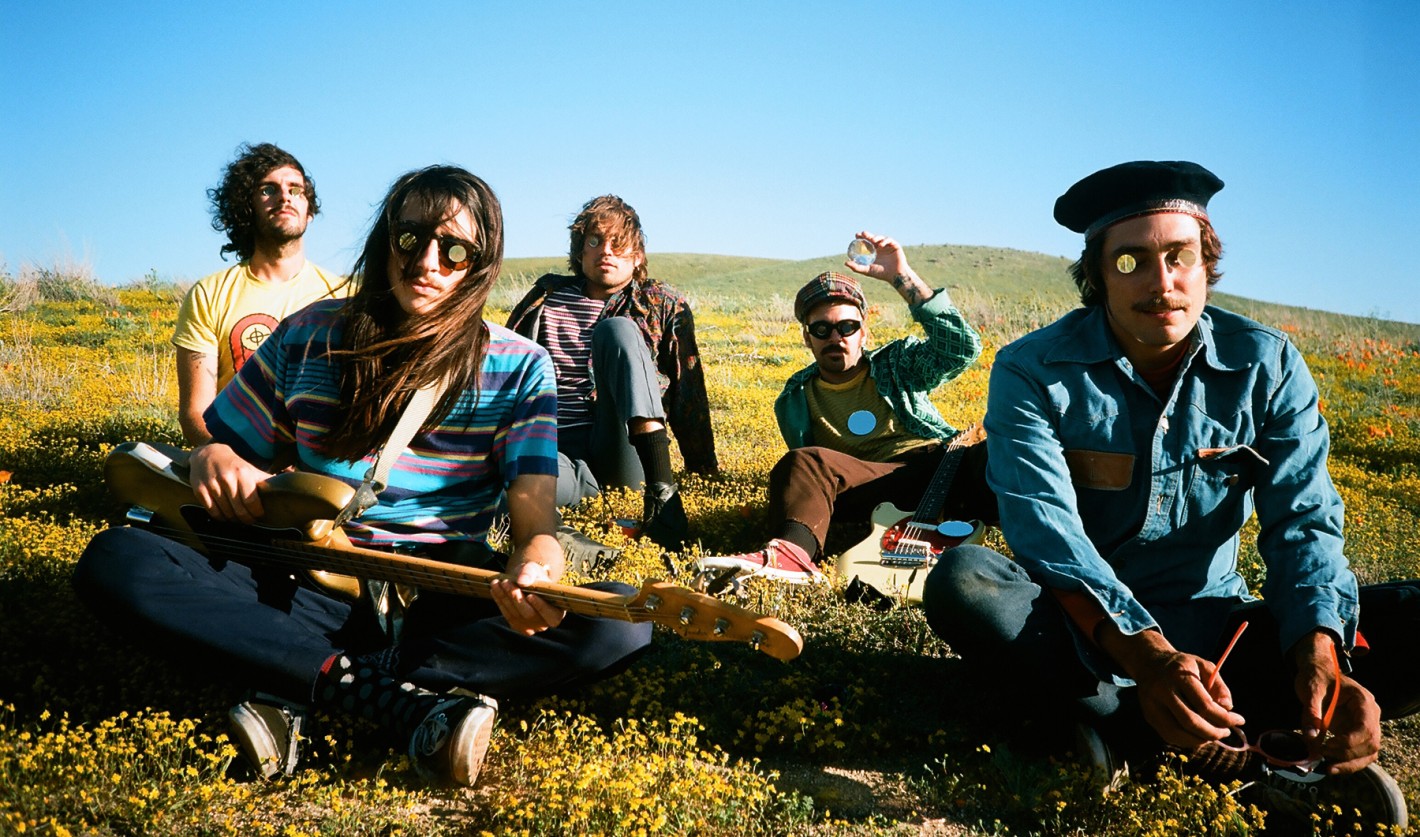 Saturday, Sept. 19, 2015: It’s likely breaking a hundred degrees this fall evening when The Growlers take the main stage at TBD Fest. Lead vocalist Brooks Nielsen looks out at the audience, then down to his wireless microphone, then out toward the riverbank, longingly.

“I think I’m just going to take this mic and sing down by the river,” he says, half-joking. “Do people swim in there?” A few moments later, the band begins to play their opening number, “Big Toe,” and when I close my eyes, I could almost swear we’ve been teleported into the cool murk of the river’s ebb. Nielsen surveys the swaying crowd, gesticulating with a crooked elegance, like a lounge act in the devil’s parlor. Nearly everyone in attendance is transfixed, uncertain whether the act before them is their new favorite band, or an actual manifestation of the long-dead monarchs of a California that never was, here to herald the golden land’s slow collapse into the sea.

The Growlers are a rare band that routinely creates magic both in the studio and on the stage. The band have been an entity in some form or another for 10 years, but started creating serious buzz with their first official full-length, Hung at Heart, in 2013. Their sound has been labeled surf rock revival, and they’ve been known to describe themselves as “Beach Goth,” but any category wrapped around them is bound to get loose. If you listen to them for a while, you might understand how it feels to visit a carnival at the bottom of the ocean, or ride a zombie stagecoach through the ruins of punk-ravaged SoCal suburb. They traverse a geography of their own making, but one that closely resembles a fever dream version of the West Coast.

Following the release of 2014’s Chinese Fountain, the band embarked on an extended regimen of touring, updating their sound for the next record. Last October, the fourth annual edition of their music festival, Beach Goth, grew to extreme proportions, hosting everyone from Die Antwoord to Parliament-Funkadelic under one freak flag. On Friday, June 10, the band will be returning to Sacramento as part of their current “Wet Dreams” tour at Ace of Spades, along with alternative legend Jonathan Richman of The Modern Lovers. We caught up with Brooks Nielsen to speak about the next leg of The Growlers’ journey, the art of life on the road and not being picky when it comes to music. 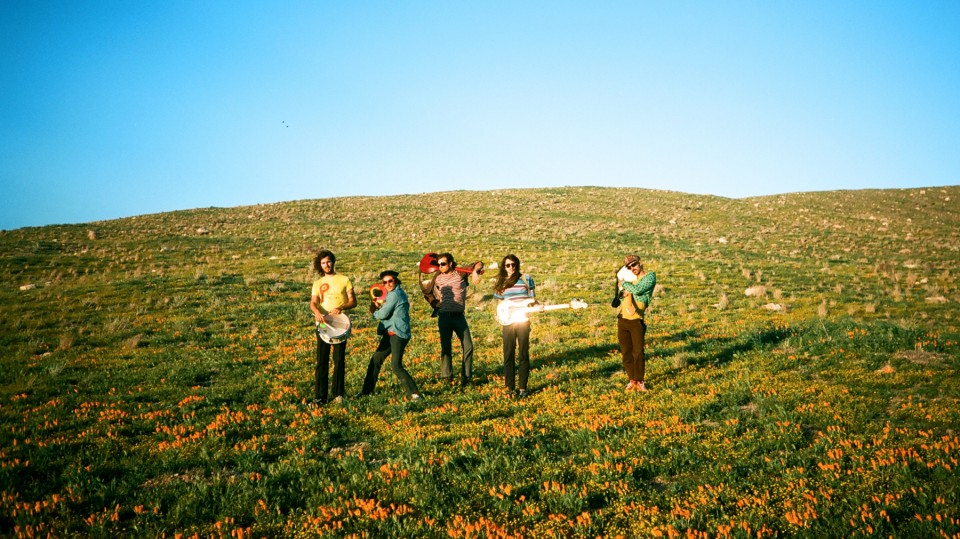 Can you tell us anything about the next record?
Not really sure … The way we work is all extremely last-minute, so we don’t have a name yet. Not until the baby is born. I think it’s going be a good change, though. Chinese Fountain kind of paved the way for us to go a little bit more funky, a little bit different. It was definitely a jumping-off point for the new record.

Funky? So we can expect more sexy dancing out in the crowds on your next tour?
Yep—all those arms in the air like swan necks.

2016 marks 10 years for The Growlers as a band. Do you approach it as a milestone, or a year like any other?
It’s just another year for us, really. We never set ourselves up with a specific goal, and just making art in general, it’s hard to have a specific goal other than to just keep creating. I’ve always gotten questions like “Will playing this festival make you feel like you’ve made it?” or “Do you feel you’ve made it now that you’re making actual records?” There’s no specific goal—I’m just glad that we get to keep doing it. To me, making records is a supreme art—all the arts are included. Even the art of acting a bit, so we get to take that out on stage.

There is that theater aspect to some of your work. Do you usually pack up the tour bus full of costumes and props?
It’s never been too contrived. It used to be so loose, because it was just us driving our own school buses that we built out, barely making it to the show, and everyone going “Stop here!” to collect garbage along the way. But now, we have a little more help, we’re getting there on time. We have a little more room in there, bringing a bigger bus. I’m going to be bringing a lot of props for this tour, some cartoon drawings, paintings and matte I did for this “Wet Dreams” idea. Might even be trying to make a video to premiere at some of these places, I’m not sure. I’m on the clock to get all this shit done, plus finishing the new album and rehearsing the old material.

You’ve said that getting into music was a way of getting out of your hometown and the area you grew up in. Now that you’ve traveled around the world, has your perspective on Orange County changed a bit?
I always knew that it was a tiny little bubble. So I really handpicked all the weirdos that I could find, and we always had these houses we were living in that was a safe haven for everyone to come and be fun and illegal, and creative. Going around the world helped in so many ways. First, just doing the U.S. for so long was a really beautiful thing—to know your own country. A lot of people are quick to judge and talk shit before they’ve even crossed one state border. I don’t know, I still feel like when you’re making art, you’re alone, no matter where you are. Looking in retrospect at different scenes in the past, maybe they were tighter. I don’t really see that now, everyone can hang out a little bit, but when it comes down to it, they gotta get into the room and make their art. Maybe that’s our excuse for not being really tight-knit with other bands and scenes, or maybe that’s just the way that I work. I wish it was a big rock ‘n’ roll circus that we all hung out at, but to me, it’s got to be a little bit separate. We do our work, then we get off and party, then we get our shit together and go on the road. It’s controlled chaos.

How were acts like Grimes and Riff Raff chosen to play your festival?
Much of it was curated for us. If we picked every band it wouldn’t be as interesting, because it would all be fringe bands. It’s more fun at Beach Goth if you go over and see a washed-up comedian, a really metal act, some old-school hip-hop along with some new-school stuff. Everything, not just the Burger Records scene or anything like that.

How important is it for you to have a connection with your audience?
We go in and out of that, seems like. An easy gig would be to go up there with attitude and not have to try and please anyone, you know, tell audience members to get the fuck off stage. But we can’t help it, because we’re just too fuckin’ nice. It was getting us into trouble for a long time, because we were like, “Yeah! Anyone can come on the bus and the green room!” But it gets dangerous, because people really love you and they have no control. But on the stage you can’t help it, cause it’s a form of gratitude. They’re supporting us, and they’re sharing with us. I mean, I’m not on social media at all, everything just gets relayed to me—but we’re really having an effect on people, and they’re expressing it. We’re grateful, feeling the love up there, and we don’t want to hide from it.

How did The Growlers come to have a country influence?
Like most young kids on the West Coast, I grew up thinking “Yuck! Country?” and then as I got deeper into music I realized a lot of the rock ‘n’ roll acts I listened to were obsessed with country music, so I related more to the content. Now, as our fans are getting younger and younger, I’m starting to feel like an emo old man, but the songs I relate to are these emotional old men in old country music. There’s just room for storytelling and portraying emotion in the genre, which I love. It’s funny, cause a lot of Growlers fans will react badly when someone tells them the Growlers are like country, or even reggae. But if we do have a unique style, that’s the reason it’s there, because we take from everything.

What’s your idea of the perfect crowd?
I begin to get pretty biased, because I really love the West Coast crowds, they really seem to give us special love. I don’t want a crowd to be polite, I tend to like a more rowdy audience, I don’t care what they’re on. Young or old, we just like excitement.

Catch The Growlers live with opener Jonathan Richman on Friday, June 10, 2016 at Ace of Spades, located at 1417 R Street in Sacramento. This all-ages show starts at 7 p.m. Tickets are $22 in advance ($25 at the door) and available online at Aceofspadessac.com.