Kevin Murphy Sheds Teen Angst and Calms Down with The Moondoggies 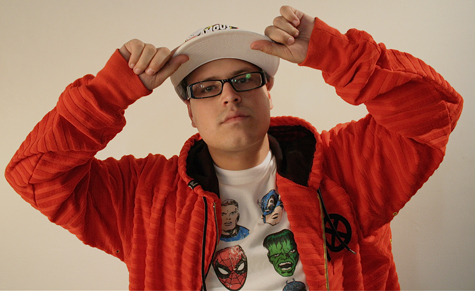 Isolation has its perks. Looking to avoid distractions and work on his music, singer/guitarist Kevin Murphy left Bellingham, Wash. and headed north to Ketchikan, Alaska. Holed up in an attic, the young songwriter—not even of legal drinking age at the time—began working on tunes with a four-track recorder. “I think I was just getting burnt out on Bellingham,” he recollects. Upon returning to Washington, his band, The Moondoggies, was born. The group became a fixture at Seattle’s Blue Moon Tavern, which Murphy describes as the kind of place that “back in the day they’d have chicken wire up and people would throw beer bottles at the band.”

The Blue Moon may have lacked frills, but there Murphy and the Moondoggies gained confidence in their material, a whiskey-tinged blend of folk, gospel and old-time rock ‘n’ roll punctuated by three-part harmonies and classic Rhodes organ flourishes. This fall, The Moondoggies will embark upon their first string of continuous tour dates around the Pacific Northwest and Northern California in support of their first album Don’t Be a Stranger. Murphy took time from his day job (he’s a baker) to answer a few of Submerge‘s questions.

Three members of the band had graduated from the same high school. Were you all friends back then?
Yeah, that’s how it all started. I played with the bassist in high school with a different band. The drummer and I hung out since sophomore year. He never played the drums, but he just kind of picked it up. We’d have late nights of messing around on our instruments. It was just us hanging around and stuff like that.

Caleb Quick is the one band member who went to a different school. How did you meet up with him?
He’s quite a few years older than I am. He’s 27. I met him through a friend of mine in Bellingham, which is a college town north of Seattle. We just kind of messed around.

Did him being older than you affect your chemistry at all when you started playing?
The stuff I was doing in high school was a lot louder, and when I moved to Bellingham I started doing my own thing. He’s a piano teacher and has been playing for years. I had some four-track stuff I’d show him, and he’d coax me into singing and playing, because I was really shy about showing it to people. He’d make me drink a 40 and get me to start singing louder. He’s the one who kind of coaxed it out of me.

Was that shyness difficult for you to get over?
Yeah. I had a lot of four-track stuff, and I just felt real dorky about showing him, but he liked it, so we just started building on top of that. I wanted to start doing something, but he was my way of going about doing it.

What affect did your time in Alaska have on your songwriting?
I definitely wasn’t distracted. There wasn’t a lot to do up there, and there weren’t a lot of people I related to so much, especially where I worked, which was just like tourist work. I turned an attic into this little space. It was one of those things where you didn’t have any time to try to distract yourself if you weren’t getting anything done. I remember crawling up there for hours and just playing and making a lot of tapes and stuff. It was very productive. Going from there to back down here, when I met up with Caleb again, I had a lot more stuff to throw his way.

What was Caleb’s initial reaction to the tapes you’d made in Ketchikan?
Well, he was playing with somebody else. I had to coax him back into playing with me again. Our bass player had gotten a Rhodes, and I remember that we were playing, and I had to come up with a way to get [Caleb] to come play with us, so I told him we had a Rhodes, and he showed up like a few hours later. I think the fact that I was playing with Bobby [Terreberry, bass] and Carl [Dahlen, drums] and showing Karl harmonies, and I think he [Caleb] was pleased to see that it had come a lot farther than our days in Bellingham.

Prior to that you were doing louder, more garage rock kind of stuff, correct?
Yeah, it was your typical high school frustration.

Was it difficult to get everyone to change style so radically?
I think it was a natural full circle, because that was the kind of stuff we grew up on. I think there was a point when we were playing that kind of music that we just didn’t feel like we needed to be that loud. My friend John was the singer of that, and that was more about going down into the basement and turning it up as loud as we could. When I started writing my own stuff, it was more like what I had grown up on, and more natural songs that I preferred. We were getting burned out, I think, on just blasting it.

I guess you only have so much aggression before you run out of breath from yelling so much.
It was definitely good music for the time, because that’s how you feel most of the time in high school, I suppose. But I grew up obsessed with Nirvana and the Beatles, so there’s a middle of the road. There’s a need to calm down.