The Ting Tings reinvent themselves with their latest album, Super Critical

Who doesn’t love a good comeback story? The Ting Tings never really went away, but the alt-pop duo (comprised of Jules De Martino and Katie White) learned the hard way how mercurial the life of a “buzz band” could be after the release of their second album, Sounds from Nowheresville.

In 2008, The Ting Tings took over the airwaves with their smash hit, “That’s Not My Name.” It’s so catchy that the mere mention of it probably got it stuck in your head. It’s OK, you’re not the only one. Unfortunately, the sophomore jinx cursed their follow-up release, and it seemed as if The Ting Tings may drop off the map entirely. Luckily, this was not the case: White and De Martino headed to the party-hearty island of Ibiza, hooked up with Duran Duran’s Andy Taylor, ditched digital for analog and reinvented their sound—with seriously groovy results.

“It was so enjoyable, and the second album was so unenjoyable—a lot of it—and so confusing,” White says about the differences between recording Sounds to Nowheresville and the band’s third album, Super Critical.

“Sounds from Nowheresville is basically us bitching about the record industry,” she adds with a laugh. “It was nice to get it off our chests, but no one really gives a shit. They just want to hear a good song. [Super Critical] is a lot happier, I think.”

Super Critical is pretty much guaranteed to give you happy feet. Though it was born in Ibiza, it’s a dance album that rebels against the electronic dance music you’re sure to hear blaring out of the Spanish island’s many clubs. It’s an intentional nod to the halcyon days of Studio 54, full of juicy rhythms, funky riffs and intense levels of sass permeating from White’s vocals.

“Ibiza is known world-round for having some of the best clubs in the world,” White explains. “Dance music really found its feet there, but when we got there, I don’t know, we got really bored with all the techno. When we got into the studio with Andy, we’d talk about Studio 54 and get obsessed with that. I totally understand how you take your girl out to a club and dance [to techno] for hours, it makes complete sense, but from a songwriting point of view, it makes less sense.”

To get an authentic feel, the band went old school with their recording process, leaning on analog tools as opposed to ProTools.

“It’s two completely different ways of working, and they’ve both got their pluses and minuses,” she says. “But for us, doing something new is always so exciting. Both of our first albums were made in our bedrooms, basically.”

White acknowledges that digital recording gave the band a lot more flexibility when it came to cobbling their songs together, but having unlimited freedom to tinker with their songs wasn’t always a good thing.

“You can keep cutting and pasting things, but it can also be that you have too much choice,” White explains.

The Ting Tings had also moved on from their major label, Columbia, which meant the band could create without having to consider outside opinions.

“For our second album, we weren’t really lost, but we’d been on tour for four years. Our lives had changed,” White says. “We had a label that had their own opinions of what we should sound like. When you have ProTools, you can keep doing it and doing it.

“You can drive yourself crazy with it.”

On the bright side, that experience is long behind The Ting Tings and they’re in a much better place—both emotionally and sonically. Submerge caught up with White five days after she returned home to the United Kingdom from Japan. She was still a bit jet-lagged. 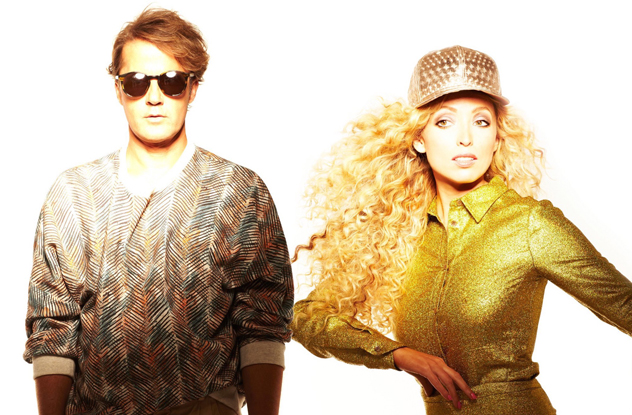 How did it go in Japan? Were you playing shows out there?
Yeah, we were playing our own shows in Tokyo and Osaka. Japan, especially Tokyo, is the most amazing place to go in the world. It’s just mind-blowing—clothes, fashion, weird, wondrous things. It kind of feels like Europe or New York, but it’s got a weird twist on it that you’d only see in Japan. Like, we went to this place called the robot restaurant, where these robots would dance. It was just incredible—really bad, but good.

I heard they had cat cafés out there where you could go and drink tea and hang out with cats.
Yeah, we went there as well! We went to a bar where they lock you up in handcuffs, and they put you in a prison cell and serve you drinks in test tubes. I don’t know if it’s good or not, but you’ll never forget it.

You recorded each of your three albums in different locations. Is Tokyo on the list for your fourth album?
At the moment we’re thinking about going to Nashville. I don’t know why. We’re not huge fans of country, but it’s very fascinating. We’re really influenced by Fleetwood Mac, so maybe we could take some of that influence and take it to Nashville.

It’s cool that you mention that, because I was listening to the commentary for your latest album, Super Critical, on Spotify. You guys mentioned the song “Only Love” had some Fleetwood Mac influence. Jules was mentioning that it was like a country song, and it does stick out a bit on the album, in a good way. Other than Fleetwood Mac, was there any other country influences on that song?
I don’t know. It was one of the first songs we were working on with Andy. It’s definitely quite different from the rest of the album. It was mainly Fleetwood Mac, to be honest. I just got obsessed with Stevie Nicks. I got obsessed with her lyrics, how she was quite dramatic… I love that mood that she sets, because you don’t have a lot of people who write songs like that now. Kate Bush sort of writes in a similar way. It’s lovely. They’re all stories about somebody else.

You mentioned Andy from Duran Duran. It must have been great to have this sort of serendipitous meeting with him and then get to work together in the studio. What did you take away from recording with him that maybe you weren’t doing before?
Yeah, we stopped deleting things. We’re really bad—quite impatient. We’ll work on a song, like “That’s Not My Name” was probably 20 songs before it was “That’s Not My Name.” Andy stopped us at the perfect time, like, “Step away from the computer, step away from the delete button and go home.” He would literally shove us out of the studio and tell us, “Come back and listen to it in the morning and see what you think.” When we would come back, we would love it, and we were glad we didn’t delete it.

Did it make you think back to things you left on the cutting room floor that you wish you’d held on to?
Fuck yeah! It was frustrating. We have quite a lot of ideas, and Andy was quite shocked at how many ideas we had, but you have to regulate them and follow them through.

The last song on Super Critical was one of my favorites, “Failure.” Did that song sum up your feelings about how Sounds from Nowheresville turned out?
I think it’s a little bit more tongue in cheek. We wrote the melody to it, and we were like, it’s so pop. What could we do with that? It’s so sweet—super sweet—so to just subvert it and write it about being a failure was just funny for it. It was a nod to a mentality we might have gone through, but we were in a much happier place by the time we wrote it. It wasn’t too sad. We weren’t crying when we wrote it [laughs].

Was it a conscious decision to keep Super Critical at nine songs?
We just naturally felt by the ninth song, that was our album. If we were with a major label, they might have tried to squeeze a few more songs into it. I love artists, but if they start 15 or 20 new songs, I can’t cope with it. It just gets too be too much for me. Nine just seems natural.

Check out The Ting Tings live in Sacramento at Harlow’s on Jan. 24, 2015. Tickets start at $17, and doors open at 8 p.m. To order tickets online, go to Thetingtings.com or Harlows.com. 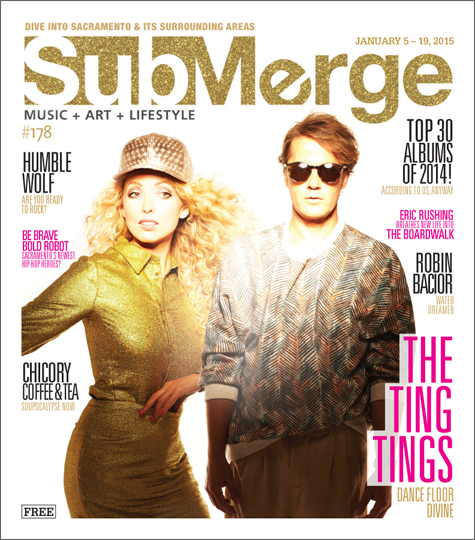