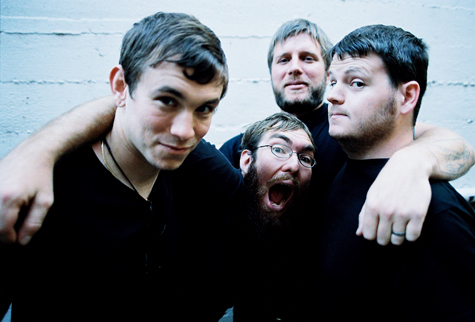 In a manner of speaking, Tom Gabel has come full circle. Long before his Gainseville, Fla.-based punk band Against Me! gained wider notoriety with its latest album (and first major label release) New Wave, Gabel played solo under the same moniker. Now, the singer/songwriter stands ready to release his first true solo effort under his own name. Heart Burns, a seven-song EP, is slated for an Oct. 30 release on Sire Records. In the meantime, however, Gabel is on the road with Against Me! through the month of October, with solo dates to follow in November. Gabel recently shared with Submerge his thoughts on the upcoming election, his solo album and his search for a place to call home.

Where are you right now?
We’re in Atlanta, Ga.

So you’re not too far from home.
Not too far. We go to South Carolina tomorrow, and then down into Florida to play a couple of Florida shows, including a Gainesville show. So we’ll be floating around there; although, right now I don’t even have a home. I just have a storage unit in Gainesville.

On your blog you wrote that you were thinking of moving to Los Angeles.
I am thinking about that. It’s just so fucking expensive. Me and my wife have been looking for places in St. Petersburg, Fla. as well, and the amount of space you can get compared to the amount of space you’d get in L.A., it’s tough to justify that sacrifice. But then at the same time, there’s so much going on in L.A. Really for me, I’m just trying to figure out what my schedule is and what living situation will allow me to spend the most time at home.

Well, look at it this way, you’ll be out on the road, so that will give you a chance to see a lot of different places.
But that will just makes it more complicated. It’s easier when you only have a couple of options, but when you’re like, “I can live anywhere in the world,” then it’s like, “Fuck! Where am I going to live?”

You’d also written on your blog that during the recording of your solo album in L.A., you felt more like yourself. Could you explain that a little bit?
I don’t know. I guess it has a lot to do with the nature of the city. I feel like that when you’re out there, a lot of the times, the people you meet aren’t that impressed with what you’re doing. They have their own little projects going on. It’s like, “Oh, that’s cool. You’re doing a solo thing? I’m doing this. Check this out.” It has an energy of people sharing ideas and checking out what other people are doing and being inspired by it and doing their own thing. I’ve lived in Gainesville a long time, and it has its positive aspects and its negative aspects, but for me, it just seems to be smaller and smaller of a city. I feel more uncomfortable. I have a certain lack of anonymity there that I would like to have in my life.

Now that the band has gained more notoriety, do you feel that also makes Gainesville seem a little smaller?
Yeah, but it doesn’t take much notoriety at all to feel that in Gainesville. It’s just weird. I feel like a lot of the times, you walk into a room, and you can tell that people have this perception of you that’s incorrect. Maybe it isn’t a fair one, but they have an opinion about you nonetheless. You feel like you’re not in control of what that opinion may be of you, and it makes for an uncomfortable situation. It’s just kind of weird as far as trying to make friends and trying to have a life when you’re at home.

From what I’ve read, it seemed like you were debating as to whether you’d release the songs on your solo album under your name or under Against Me!. Why did you decide to put them out under Tom Gabel?
Really, the deciding factor for me was”¦ In November, I’m doing a bunch of touring after I finish up this tour [with Against Me!]. That’s why I started writing these songs, because I knew I was going to do these dates, and I also had all these thoughts in my head that I wanted to get out and put to music—about the current political scene and the election and all that. I felt it was important to record them and record them quickly, and just get them out there. I went into the studio originally thinking it would be Against Me!, but the tipping point was that it wouldn’t be weird to release a record that was just me under the name Against Me!. I don’t think people would be confused by that, because the band started out that way. I think that people would understand that. They’d buy the record, and it wouldn’t be a disappointing thing, but I couldn’t play a show under the name Against Me! and have it just be myself. If it couldn’t go both ways, it wouldn’t seem right to me.

You said that you wanted to get your solo songs out before the election. On your blog you wrote that you thought John McCain has never stopped fighting the Vietnam War. Are you fearful of McCain winning the election, and what do you think that would mean for the country?
I’m totally fearful of him winning the election, and I really hope that he doesn’t. I hope that a year from now that he’s just a fading memory. In a lot of ways, saying that it would be four more years of Bush would be incorrect. It would definitely be his own agenda, and I think that he has his own vision of the world, but from reading his books and stuff like that, he comes from a really strong military background. His father fought in wars, his father’s father fought in wars, his father’s father’s father fought in wars, and so on and so on. I think that he really sees that as a way to solve problems. In particular, with the Vietnam War, I feel like that not only does he feel an embitterment for what happened to him—which is understandable being a POW—but I really think it goes deeper than that. It goes to the way America started to view the war and the backlash that came with the protest movement of the ’60s. The war was lost on both those fronts. It was lost on the real frontlines and here at home, and I feel like he’s never gotten over that. I think he really feels like there needs to be this return to some kind of glory of America that’s long gone. I feel like we won’t be leaving Iraq anytime soon [under McCain] and that we’d be invading more countries.

Would you consider yourself an Obama supporter, or do you see him as the lesser of two evils?
Well, I don’t know. I’m definitely not a Democrat. In my opinion, it’s an imperfect system when you only have two choices, and I wish there were more options. I do agree with a lot of what he [Obama] says—not everything he says—but I do think he’s the best choice for this country at the moment.

What’s coming up next for Against Me!?
Well we have this tour through the end of October, and then I go out and do some solo dates for November on the Revival Tour and a couple after by myself. Then we go to France in December for like a week and a half or so, and then we come home and I’m sure everyone’s going to do their own thing for the holidays—for Christmas and New Year’s. We’re not going to be practicing on those days. We’ve just rented a new practice space in Gainsville, and we’re going to start writing. We haven’t had a break in a long time. We haven’t had time to focus. I think we need a second to write the next record.

Would you say you need a vacation?
Sometimes yes, sometimes no. I feel really energized and creative, and I’m excited about music, but at the same time, I don’t have a fucking home [laughs]. I’ve been without a home or a solid foundation for a good two years now, and it’s really unsettling. I need to just put some attention into my personal life for a second and sort that all out before I can continue to do what I’m doing now, because everything else is in total disarray. We’re at that point where we want to play new songs. You have to take a second sometimes and just collect yourself and reflect and then move on to the next thing. 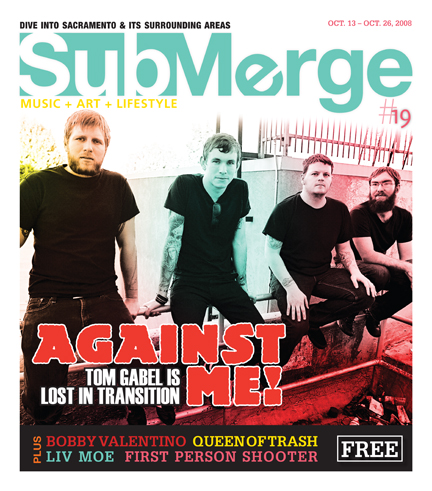