Who Do You Love?

If the name YG doesn’t perfectly ring a bell and summon the image of a tall, skinny completely-tatted-from-the-torso-up MC from Compton, California, I don’t really blame you.

Unless you’re a regular hip-hop head or a longtime fan, it probably just sounds like another rapper confusable with other big names in the game—Tyga, Ty Dolla Sign, Yo Gotti, etc.—who might have had a club song you heard at one time which somehow became your go-to banger on your iPod one summer.

In case you need a refresher, YG is the “Toot It and Boot It” guy, but boy has he come a long way since then.

Whether you’ve realized it or not, YG the Young Gangsta has been putting out hits ever since his fame skyrocketed back in 2010. Most recently, he’s been getting a lot of airplay from his two newer singles “My Nigga” and “Who Do You Love?” off of his first studio album My Krazy Life, released March 18 of this year.

Following the release of the album, the Compton native has been on the road for his nationwide My Krazy Life Tour, having stopped by the capital city this past Tuesday, May 20, to pay his Sacramento fans a visit. Ace of Spades hosted two shows for Mr. G, both of which sold out long before the day of. Fans showed up by the hundreds (or should I say hunnids?) to see the West Coast icon perform. 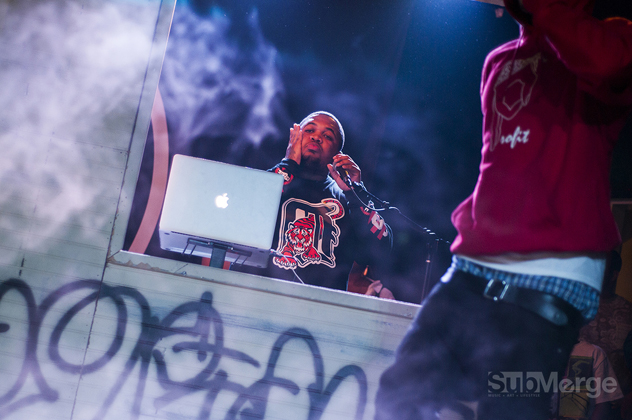 I attended the second show that night, and I’m happy to say the experience—or at least YG’s set—was about the most fun I’ve had at a concert in a while.

It all started as I turned onto R Street at around 6:30 p.m. and noticed an already long line forming across the street from Ace of Spades, slowly creeping its way over to 14th.

By 6:45 p.m., the crowd from the first show was escorted out and security steadily ushered in the newcomers in waves.

Soon enough, everyone had flocked inside and gotten themselves settled, with people starting to squirm left and right in the sardine-like packed room. It wasn’t until about 8 p.m.—an hour after the show was scheduled to start—that the first of five openers took the stage and officially kicked things off.

With none of the openers being formally announced ahead of time, it seemed like they were just some unknowns filling in slots until DJ Mustard—YG’s beat partner in crime—could make an entrance and really spark some excitement.

Mustard shuffled through his playlist that featured songs such as Tyga’s “Rack City,” French Montana’s “Ain’t Worried About Nothin’” and Kendrick Lamar’s “M.A.A.d City,” at which point his goons came out and unloaded on the audience with Super Soakers. The crowd absolutely loved the gesture, desperately needing a boost from having to wait through so many uninspired opening acts.

After the water gun hijinx, a set piece was unveiled onstage resembling the facade of a suburban-looking house straight out of a hood in Compton—tagged up and all.

As the lights came down, the music for YG’s opening track “BPT” started to play. Everybody’s camera was raised high in anticipation ready to record, until finally YG stormed the stage through the house’s front door barking the lines, “Nigga I’m from BPT!” as everyone chanted with him and cheered. 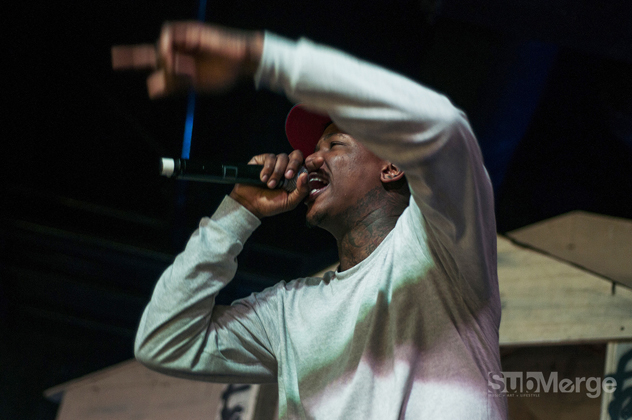 The tone for the show was pretty much set after that. YG rifled through his set with a medley of songs from the album including, “I Just Wanna Party,” “Bicken Back Being Bool,” “Bompton” and “Really Be (Smokin N Drinkin),” not once losing an ounce of energy along the way.

He even touched on some older material from his mixtapes with songs like “B I T C H,” “Bitches Ain’t Shit,” “You Broke” and, of course, his hits “Up” and “Toot It and Boot It,” getting the entire room to dance and sing along.

Though his set was mostly wired with up-tempo dance beats, YG also had some surprisingly slower moments with songs such as “1AM,” “Me and My Bitch,” and a very intimate performance of “Sorry Momma.” These songs were a nice change of pace in the rotation, and very much appreciated by the crowd while they clapped out some of the beats and listened closely as he went a cappella a few times. 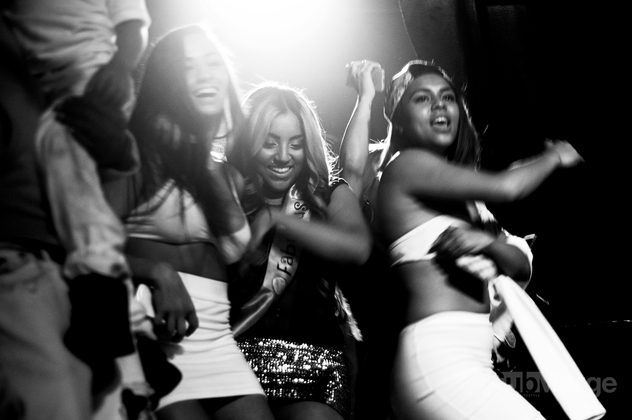 But in true YG fashion, the Young Gangsta couldn’t stay quiet for too long. Some of the show’s most notable moments were when he was at his most hyped: calling girls on stage, heading down into the front row, getting two girls to flash him and perhaps best of all, taking an Instagram picture with us as a final send-off.

YG finished his set with his two hottest singles, starting with “My Nigga” and closing with his verse from “Who Do You Love?” The echo of the crowd reciting that final verse with him could still be heard ringing even after everyone made their way out of Ace of Spades’ doors. 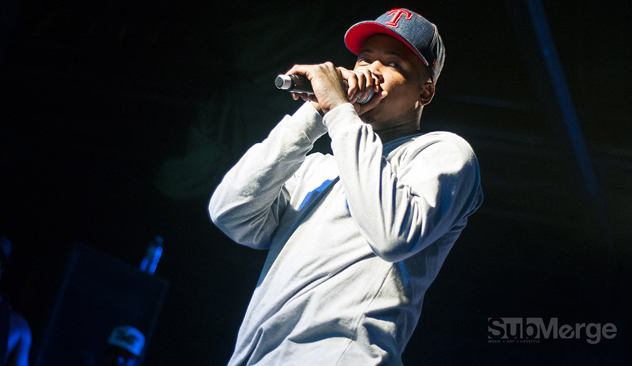