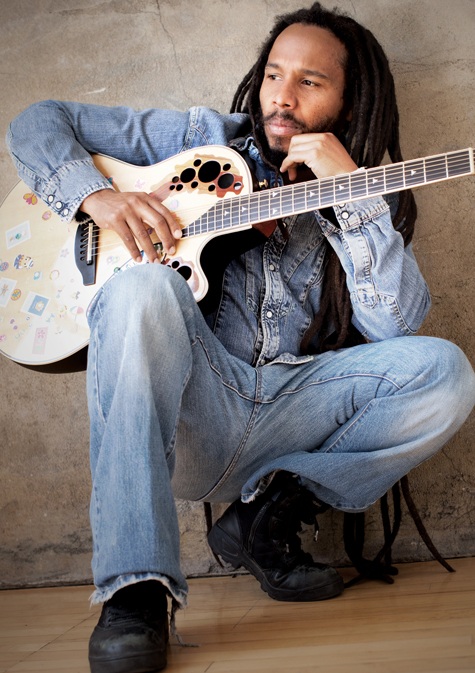 Ziggy Marley is a musician all his own

The name Marley is synonymous with reggae. Obviously, that’s due to the transformative music and brilliant songwriting of Bob Marley. Though he was just a young man when he died, his music has affected people from all walks of life in a variety of different ways. Whether simply wafting through a marijuana smoke-filled dorm room on Saturday or inspiring rebellious, under-privileged youths to rise up worldwide, Bob Marley is one of music’s most enduring figures. His music doesn’t only live on in fans, but through his children. Bob’s eldest son Ziggy is now 43, seven years older than his father was when he passed, and though he draws liberally from his father’s rich catalog of songs, Ziggy has certainly become a force of his own in the world of music.

Most of us strive to meet or surpass the achievements of our parents, but most of our folks don’t have a day dedicated to them. Recently, the city of Los Angeles, where Ziggy now resides, proclaimed Aug. 7 Bob Marley Day.

“It was a nice honor for my father,” Ziggy said to Submerge in a recent interview. “Everyone knows my father–his music, his personality, his lifestyle. There’s nothing hidden there about him, and so it’s good that they can accept him in that light.”

Bob Marley Day coincided with the Blu-ray/DVD release of Marley, a new documentary about the beloved songwriter directed by Kevin Macdonald (The Last King of Scotland). Ziggy served as one of the film’s executive producers.

“It’s in-depth, it shows a lot of different aspects of my father’s life and gives people a better understanding of who he is and will give people a connection to him and all that he went through–good times and bad times,” he said of the documentary.

If having a legendary father has put added pressure on Ziggy to succeed, you’d never know it by looking at him. Even though he’s been doing music since childhood, he still seems to have the same level of affection toward his craft, and it doesn’t seem to bother him that his father’s music is so popular with his audience. In a recent interview with ABC’s Nightline, Ziggy joked, “If I’m doing a concert, and I’m having a problem with the audience, I just play a Bob Marley song. All I have to do is play a Bob Marley song, and I’m good for the rest of the night. ‘Alright, I got them now. Let me go back and do some of my stuff.’”

He should feel secure in his own success, because Ziggy has had plenty of it. After an award-winning career with his siblings as part of The Melody Makers, Ziggy branched out on his own in the early ‘00s, earning a Grammy for his 2006 solo album Love Is My Religion, and his most recent effort, 2011’s Wild and Free also garnered a nomination for the Best Reggae Album at the 2012 Grammys (which his brother Stephen won).

Lately, Ziggy has been busy touring and also digging into the roots of reggae as a DJ on SiriusXM satellite radio channel The Joint. His monthly program, Legends of Reggae, delves into the music that provides him with the most inspiration. Ziggy told Submerge that hosting the show has rubbed off on his own music.

“I hear so many songs I wouldn’t have heard if I wasn’t doing the show–songs from way back in the history of reggae music,” he said. “If I wasn’t a DJ, I probably wouldn’t be listening to some of those songs. I enjoy doing it for that reason. I get to hear so many songs. It’s very good for me.”

He listed The Melodians and Ken Boothe as acts that he’s been listening to more recently.

“I draw from the oldies, and they’re inspiring,” Ziggy said. “It’s the music I come from. It’s helped me to create new music just to hear where I’m coming from.”

In June you released a free single “Can You Feel It” that you wrote in collaboration with Public Enemy’s Chuck D and Linda Perry from 4 Non Blondes. How did that song come together?
That song kind of started out of another song that I was doing called “Kingston.” While the Occupy movement was happening in America here, I started some lyrics that were about that movement… In Jamaica, we have a lot of politics, and politics are big here in America too. The song I was writing, which was kind of working around what was happening in Jamaica, had some connection with what was happening here at the time. I just flipped it around and made a song about what was happening here with the Occupy movement. That’s where that was coming from.

Did you follow the Occupy movement closely, and is it something you aligned yourself with?
Not really aligned, but I was happy to see people, because I think America is reaching a state of lackadaisical people movement. I know the ‘60s and the ‘70s and the movement of people was vibrant. Nowadays, just like in the Occupy movement, they find a way to label it and spin it around so it becomes less effective. I was just happy to see people standing up for something at that level where it’s not about a student or religious thing, or even a politic per se, it was just a people thing…and how the economic structure of America seems to have been manipulated by those who have this inside knowledge or inside track. The common people don’t have that inside thing…

I want to see more of that. What I knew America for was that, really, people standing up in the streets and protesting things, and changing things… During the Gulf War and even after that, I was wondering how so many things were being put over on the American people. How are all these things being done, and the American people seem to not be involved in it?

I was just happy to see people up and about and giving the system a run for its money. That song was a part of that.

I was reading through the lyrics of “Can You Feel It” and there was one passage I really liked that goes, “Can politicians find a solution? / Some may have good intentions / But when the root is corrupted / You know the fruit can’t be trusted…”
Yeah man, this is true. That’s true. I don’t know, man. The political system in America is used to divide people, and it’s used heavily because now all you find is that you have Democrat and Republican, but none of them is telling the truth. It doesn’t matter what the truth is, it’s what the Democrat idea is or what a Republican idea is, it doesn’t matter what the truth is, you know? The party lines have been drawn so deeply. I think it’s a great strategy to keep us apart and to control the people. It’s being done right now, right here in America. People cannot stand up for one thing together because they’re so divided. Republicans and Democrats can’t come together to stand up for something, because the system has divided them so deeply. It’s a real disservice to the idea of what America is. The people who we see as Americans or how we saw Americans, that portrayal of them is much different than the reality of what Americans are today, in terms of people who stand up.

Your last album Wild and Free came out in 2011. Are you working on something new now?
Well, we just started the writing season. How I work is that I write according to seasons. It happens very naturally where I just find myself starting to write songs in the past two or three weeks, and I can feel like, oh yes, I feel my mind and my body are getting ready to write a new record. So that’s where we are, but we have so many other things to do, like Marijuanaman, which is a graphic novel. Generally I want to do stuff outside of music and then come back to music.

Tell me more about the graphic novel. Is that something you’ve always wanted to do?
Well, the graphic novel has been out since last year. I’ve been into comics for a long time. I’ve been into the super hero genre. It’s all about having fun. Creativity should be fun. I want to have fun in what I do. Doing music is fun, and all that creative stuff that I want to do is going to be fun for me to do. I just like doing stuff, and I want to just do it. We’re going to explore more stuff with the graphic novel and some other visual stuff that I’m working on will just show up on the Internet and just make people watch it or download it for free. Not everything is about money or making money. Some things are just to have fun and be creative and share it with other people.

Can you talk about the visual stuff you have planned?
It’s still young in my mind. I haven’t really thought it through. I’m just waiting till I finish touring so I could sit down and work on it really. Right now it’s just little thoughts in my mind. Maybe have an idea for a children’s program. We had a children’s album out a little while ago called Family Time, and I want to do something in that world of children’s education. We have some other crazy ideas, but you’ll probably see them on the Internet when the time comes. 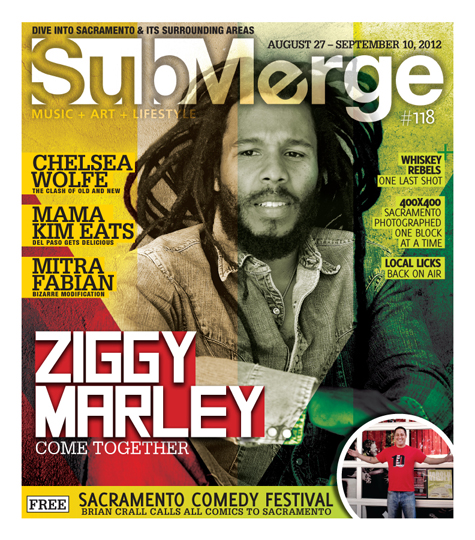