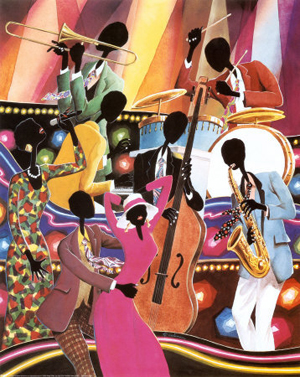 I hate Sundays more than any other day. It’s not so much because it’s the end of the weekend and it signifies that oft-maligned Monday looms ever closer. I like Mondays. I like working. I’m sure that makes me somewhat of a freak; but believe me, that’s just one thing on a rather long list. No, I hate Sundays because they’re just so boring. No one ever wants to do anything. Stores close up early (if they’re open at all), people are inclined to laze about and couch surf and life feels pointless and mundane—even more so than usual. Over the course of my 33 years, I’ve found that drinking is a wonderful remedy for such situations.

When I lived in Chico, that Mecca of drinking your life away on the cheap just north on 99, I’d regularly sneak away to my favorite dimly lit bar for George Thorogood-style—drinkin’ alone, all by myself. The crowd on Sunday, in that small town, was usually sparse. Ho-hum. But once a month, they hosted a jazz night, which would bring the wannabe hipsters and music nerds out of the woodwork, making Sunday night drinking seem a lot less desperate, but also quite difficult for me to find a seat at the bar and causing my already glum mood to sink to ever more woeful depths.

Of course, I’d always forget it was jazz night until I got there. Perhaps the self-medicating had something to do with that. I would roll my eyes and groan and try to flag down a bartender to serve me a pint. I hated jazz night. I thought at first it was the crowds that made me so grumpy, but after much lonesome introspection over some savory Guinness (see earlier in this issue), I realized that it wasn’t the crowds at all. It was the jazz.

As someone who writes often enough about music, it’s something of an embarrassment to me that I have little to no taste for jazz. Anytime I meet up with a likeminded individual, the topic of conversation will inevitably turn from whatever bullshit form of heathen music I’m currently obsessing over to the heady and sophisticated sounds of jazz. I assume that since I consider myself highly appreciative of music, that to others who feel the same way as I do, it would follow that I must also have a deep-rooted love for jazz, arguably the United States’ most enduring and revered contribution to the arts.

But I don’t. I don’t own any jazz albums. I couldn’t tell you the difference between Miles Davis and John Coltrane (though I’m pretty sure I know what Davis looks like because I used to see him in commercials). In fact, I’m only vaguely sure of what instruments they play. When I pass the point of no return in conversation about music, when someone drops the J-bomb, I do my best to smile and nod—and lie through my teeth.

“Oh yeah. He’s phenomenal,” I’ll say, but this only digs the hole deeper. There are only two possible outcomes: 1. I end up having to admit that I am unfamiliar with the piece of music or artist they’re referring to, or 2. I end up going back to this person’s house to listen to their collection of jazz records. Both of which make me equally uncomfortable.

I don’t know why the allure of jazz holds absolutely no sway over me. I love the saxophone and other brass instruments. In fact, I usually reserve my largest tips for buskers who play the horn. I have a fondness for great drummers and creative guitar players. The sight of a standup bass makes me giddy with excitement. But put those things together and my brain goes on holiday.

The problem isn’t that I think it’s boring. I just don’t understand it. All those notes played seemingly at random? It’s all very frustrating. I consider myself astute, yet I would rather listen to Lady Gaga than spend a weekend immersed in Coltrane’s catalog. I’m trying, though. Recently, the lady suggested that we go to a free concert for Black History Month. In addition to other forms of music, jazz was quite prevalent. They even played a little Coltrane (of course). It was a wonderful night filled with talented musicians, great singers and the added bonus of a few tidbits of musical history. The band consisted of a drummer who made his kit snap, crackle and pop; a saxophone soloist who ripped swooning riffs with ease; a competent pianist and bass man; and a guitarist who was a Maiden-level shredder (high praise coming from me).

I nodded, bopped and clapped in all the right places. I marveled at the skill of those involved, but much like a layman staring up at a Jackson Pollock, it all just seemed like one big mess.