All the Right Junk

I can’t lie. I like butts. But really, who doesn’t like butts…or booties, or whatever you like calling them. I’m pretty sure if you could quit your job and just stare at butts all day, and still be able to pay rent and stuff, you probably would. I guess it’s for this reason that songs about butts do so well and/or are so memorable. They touch upon a deep-seated vestige of our evolution that dates back to when our ancestors didn’t have Netflix streaming accounts and their only entertainment—other than beating up one another—was staring at and commenting on nice butts.

Back in ancient times, in 1978, just two years after I was born, Queen released the song “Fat Bottomed Girls” on their album Jazz. “You make the rockin’ world go round,” legendary lead singer Freddie Mercury intoned in this classic rock radio staple. And he was right, of course, but I’d argue that it’s not just the “rockin’” world, but the world as a whole that relies on big booties. 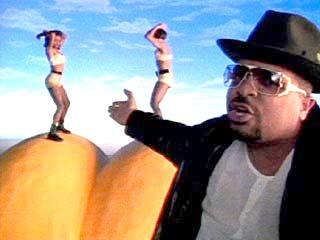 Later, in 1992, a little-known rapper from Seattle, Sir Mix-A-Lot, released “Baby Got Back.” “My anaconda (he means his penis) don’t want none unless you got buns, hun.” A pretty bold statement. Here, Sir Mix is thumbing his nose at the supermodel culture that was so predominant at the time. Cosmo, as he later said in the song, had nothing to do with his selection process when looking for a potential mate. Still, technically doesn’t every woman—and human for that matter—have buns? You may have big, juicy buns or saggy, skinny buns, but you certainly got them. It’s semantics, sure, but I’m just saying.

“Baby Got Back” may have been Sir Mix-A-Lot’s only legitimate hit, but its influence over pop culture for the past 22 years has been far-reaching. Just go to any bar’s karaoke night on any given week in any given city in America, and you’ll be sure to witness two drunk friends belting out a sloppy-drunk version of the song. Besides that, though, Sir Mix-A-Lot’s anthem has recently been re-imagined as Nicki Minaj’s “Anaconda,” which samples “Baby Got Back” to the point where it’s almost the same exact song except with a few instances of Minaj warbling some lyrics over it. Not surprisingly, “Anaconda” is currently the No. 3 song in the country, according to the Billboard Hot 100. 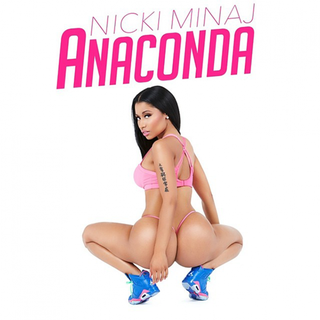 However, Minaj’s song isn’t even the top song in the country glorifying butts. That honor belongs to 20-year-old Meghan Trainor and her mega-hit “All About That Bass,” which isn’t only a wildly successful single, but features a neat-o video with sassy dancing and was dubbed a “body image anthem” in the San Antonio Express-News. Trainor, as she states in the song, “ain’t no size 2,” but I definitely wouldn’t go as far as to call her chunky. She does defy the stick-figure, pop-tart stereotype, though, and, if her single is any indication, is damn proud of it. As well she should be, I suppose. We should all take pride in being who we are, though most of us rarely do. Funny side note: Trainor wasn’t even born when “Baby Got Back” debuted. Hope you feel as old as I do.

It’s not too difficult to understand why the song is so darn popular. It’s catchy as hell. It’s a pop song, a doo-wop song and a rap song all rolled into one. It’s almost as if it was genetically engineered in a lab to be perfect for the radio.

“All About That Bass” doesn’t just worm its way into your brain and burrow in there for days after you hear it, but it is also uplifting. There are positive messages in there such as “Every inch of you is perfect, from the bottom to the top.” You know, some real feel-good shit.

But—and maybe I’m thinking a little too hard on this one—there’s some dark stuff in there. Trainor sings, “I’m bringing booty back (which I realize is a bit of a pun, but, to my knowledge, booty never really went out of style)/Go ahead and tell them skinny bitches that.” I mean, if it’s supposed to be a song about female empowerment or whatever, I’m not sure why you throw a “bitches” in there. Might as well drop a few C-bombs while you’re at it. And if it’s a song about all your inches being perfect, from the bottom to the top, then what’s with the skinny shaming? I mean, if you’re so secure with your body, it doesn’t seem like you’d need to insult others for theirs. Elsewhere, Trainor sings that she was told by her “mama” not to worry about her size, because “boys like a little more booty to hold at night.” I mean, that’s true (at least it is for me), but I’m not sure it’s a good message to say that the only reason you want to have junk in your trunk is because dumb, stinky boys like me like it. You should do you, you know?