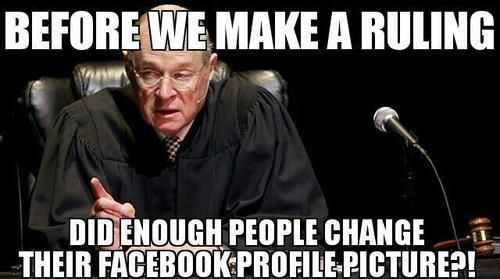 Last week was certainly a banner time for civil rights in America. On March 26 and 27, 2013 The U.S. Supreme Court conducted two days of hearings in regards to same-sex marriage, specifically California’s Proposition 8, which bans same-sex marriages, and the 1996 Defense of Marriage Act (DOMA), which limits federal benefits and interstate marriage recognition to heterosexual couples. Clearly, both of these things are highly discriminatory. The Supreme Court’s decisions on these matters, however, were slightly murkier.

I’m not sure how anyone can look at either Prop 8 or DOMA and not say, “OK, that’s kind of fucked.” I’m not an alarmist, but if you can’t see that either is no different than saying African Americans have to use a separate bathroom from whites, there must be something wrong with you. If you believe either of these should exist in the world’s shining example of a democratic society, how can you even exist in a cultural melting pot such as this? Maybe we can find you a country that’s more homogenous. I’m sorry to offend you (OK, I’m not), but it’s true. It’s tough love, dude.

And please don’t quote the Bible to me. I’ve read the Bible. I know all about that little chapter all the way back in Leviticus where God’s all, hey, dudes, don’t sleep with dudes. I promise I won’t point to the part where it also says you shouldn’t wear clothing woven of two different materials. Shit was rough back when the Old Testament was written. Having a bunch of ridiculous rules was most likely a necessity for the survival of the species. People didn’t have the life expectancies that we have now. There weren’t doctors or over-the-counter cold remedies. Our ancestors were wandering the desert, dying of flesh-eating plagues and probably getting mauled to death by saber-tooth tigers or pterodactyls or whatever was alive back then. We have Burger Kings now. I’m not sure all those rules really apply any more.

So, God said so just doesn’t seem to hold water any more, especially considering Jesus came along later and said, “Bro, love your neighbors” (paraphrasing). If you take religion out of the equation, what’s really the problem? I don’t see why it matters who marries who. It’s marriage; half of them don’t last anyway.

OK, wait, I’m not a cynic. I believe in love (or whatever). I’m sure it happens to people all the time. I’d bet it could last, too, regardless of whether it’s between two men, women or a woman and a man. I’ve seen the Twilight movies. I’m a romantic. I guess that’s why this whole thing bothers me so much.

It was a pretty big deal that the Supreme Court would hear these cases, and really it’s about time. A solid majority of Americans support same-sex marriages and 80 percent of Americans ages 18 to 29. Clearly, it’s a matter of time. 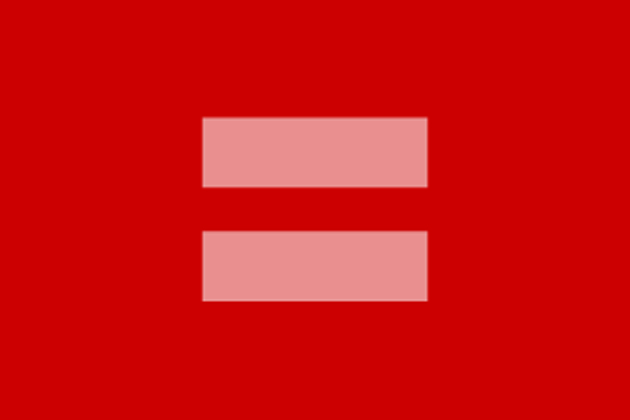 For two days, the highest court in the land heard all kinds of arguments on both sides and fired back quips and questions to attorneys and to one another. In the end, not much really happened, other than a lot of people changing their profile pictures on Facebook (it was really confusing for me). The Supreme Court didn’t really weigh in on whether same-sex marriage was legal or illegal. Justice Anthony M. Kennedy, believed to be the swing vote between the liberal and conservative factions of the Supreme Court, admitted that he was worried about the court being asked to wade in “uncharted waters.”

Change is difficult. It takes time, but clearly it will get there. Just the fact that cases like these made it to such a high court indicate that, eventually, marriage will be the equal right for all Americans, as it should be. And hey, since we’re on the topic of marriage, as it turns out, I’m a registered minister and would love to officiate your ceremony. Gay or straight, Pastor Jimmy B. does not discriminate (it took me days to come up with that slogan). The best part is, I work cheap, as long as you have an open bar at the reception. Just throwing that out there.

So be emboldened, people, and be happy that a day of marriage equality is not too far off. In the meantime, please, do me a favor. Change your profile pictures back to normal. You made your point and I support you 100 percent, but I have a hard enough time remembering who’s who without everyone sporting the same profile picture. It’s one of the drawbacks of my advanced age.