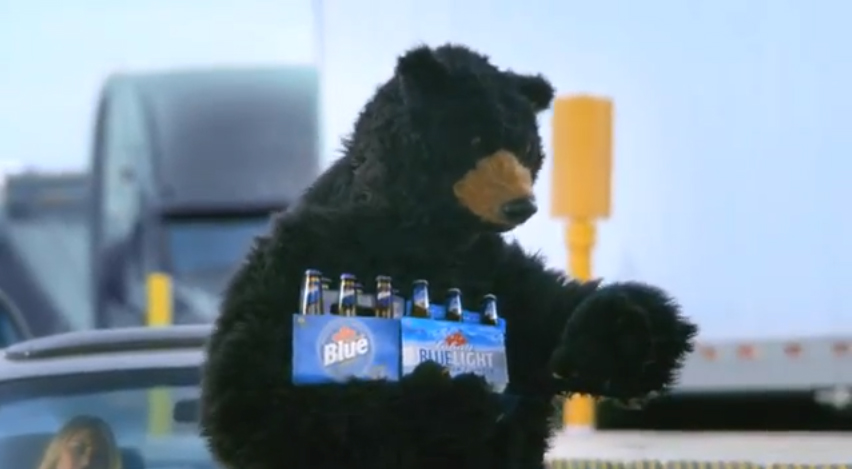 There’s been a lot of talk the past year or so about our borders and building magical Christmas-land walls along them that will protect America from all harm and shower marshmallow rainbows on all of its citizens. Pretty much all of the border hullabaloo has been focused on our neighbor to the south, Mexico, but America’s largest border lies to the North, with a country you may or may not have heard of named Cananada … wait, sorry, Canada.

If you’ve never been to Canada, it’s awesome. Even though you may only know it as the butt of a lot of South Park jokes, it’s a beautiful place full of beautiful people. And beer. Glorious beer. Even the Coors Light in Canada will knock you on your ass. It’s true.

The Canada/U.S. border is more than 5,500 miles in length, 2,300 miles longer than our border with Mexico. And our border with Mexico already has 600 miles of fence constructed along it that went up during the Bush administration (at the cost of $2.8 million per mile, not paid for by Mexico). But these numbers I hastily culled from Wikipedia aren’t what’s important here. What’s important is that there’s a border showdown brewing between the United States and one of its neighbors, and it’s got to do with drugs and it’s not with Mexico.

Currently, Canadian citizens who have admitted to marijuana use are barred from traveling to the United States, and Canadian Public Safety Minister (probably the most Canadian-sounding government position ever) Ralph Goodale ain’t having it, according to an article on Theguardian.com.

“This does seem to be a ludicrous situation,” Goodale said, as 427 miles of Canada’s border rests with the state of Washington, where smoking pot for fun is a-OK. It’s also cool in Alaska to light up a blunt for the heck of it, and Alaska and Canada are all up in each other’s business for a whopping 1,538 miles, but I guess it’s like, why would a Canadian ever want to travel to Alaska because they’re practically the same thing, minus the universal health care. This coming election, five more states, including California, have recreational marijuana legislation on their ballots as well, with the Golden State suggesting marijuana use be legal for adults 21-and-over and carry a 15 percent sales tax, according to an article on International Business Times’ website.

As such, though, as is the case with our weird political system, smoking pot is still a no-no federally speaking, even though it’s OK in a growing number of states … or something. However, up in the great state … er, country … of Canada, marijuana is on the fast track to be legalized nationwide. The government plans to introduce legislation for recreational use by spring 2017. What could this mean for possible U.S.-Canada relations? Will the U.S. government bow down and allow Canadian stoners entry to our country to lounge on our beaches and camp in our national parks in a pot-fueled haze?

The only times I ever went to Canada was before I was 21, because the legal drinking age in Ontario was 19. When we were hanging out in the bars there getting wrecked off of Labatt Blue, no one gave us shit. Sure, it was a different time. This was almost 20 years ago now. You didn’t even need a passport to cross the border, just a valid driver’s license. Canadian officials didn’t threaten to kick us out for stumbling around their country and basically validating every stereotype foreign countries have of American tourists being loud, ignorant jack asses. They probably should have, but they didn’t.

Maybe that was because other countries are kind of afraid of America because we have all these missiles and bombs and soldiers and stuff. And satellites that watch everyone and everything all the time. Maybe they have to play it safe because if some self-righteous Canadian cop tried to give us a summons for jaywalking, it would create an international relations nightmare that might result in the ceding of Newfoundland or something. I’m not too hip to how diplomacy works, but it could have happened. Probably would have sucked for dudes in Newfoundland. Glad it didn’t turn out that way.

If it were up to me, I’d extend these Canadian dudes the same courtesy they extended me. Come here and blaze, guys. Just try not to eat all our hot wings.