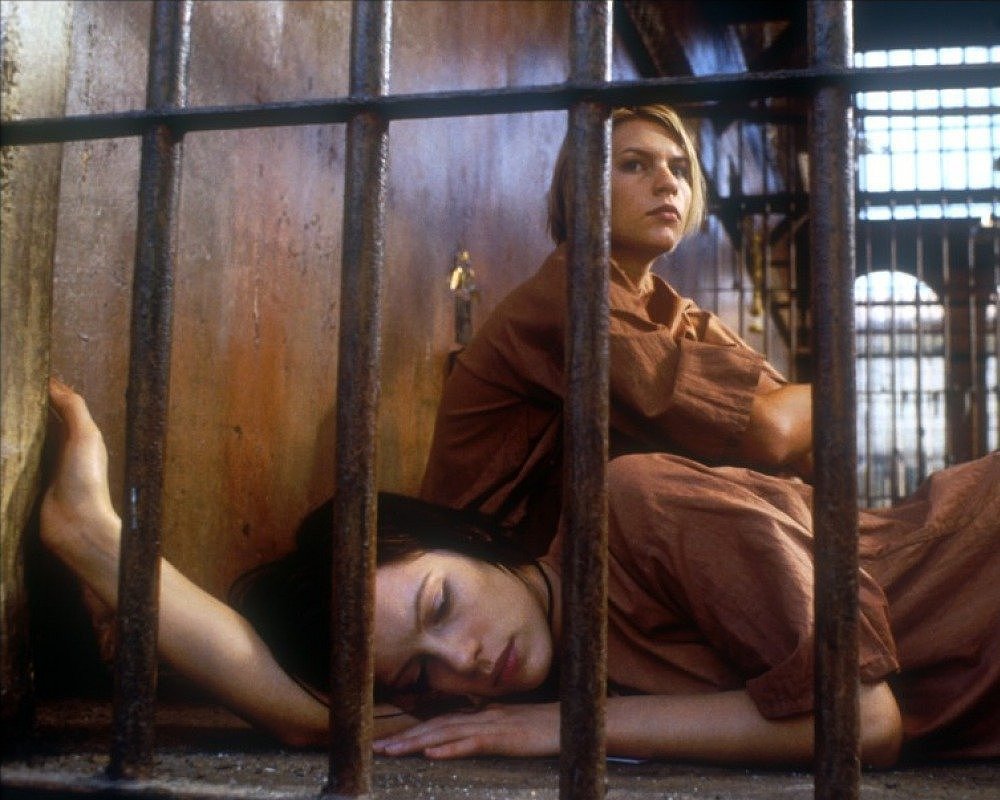 I don’t know if you’ve ever been on a honeymoon, but you really should go on one. Like, even if you’re not married, you should just go on a trip to an exotic location with whoever and just tell everyone you just got married. You’ll get treated like a fucking rock star, and everyone just fawns all over you.

We settled on honeymooning in St. Lucia, which neither of us had really ever heard of, but the pictures looked really nice. It was my first time really leaving the country. I was really excited, but as we got closer to departure time, I started to get really nervous.

There’s this movie from the ‘90s you may or may not have seen. It stars the first love of my life, Kate Beckinsale, and Claire Danes, and it’s called Brokedown Palace. I’m not sure if it’s a good movie or not, but I’ve seen it about 20 times. It’s about these two girls who just graduated college. They’re best of friends but Kate plays the goody-two-shoes and Claire plays the badass from the wrong side of the tracks. They tell their parents they’re going somewhere innocuous like Hawaii but Claire convinces Kate that they should go to Thailand, where nothing bad could possibly happen to two young American women fresh out of high school.

I’m not a young American woman fresh out of high school, but I’m still just about as naive. So I could just have easily been led astray as Claire and Kate were when they met some handsome so-and-so at a bar who said he wanted to take them to Hong Kong or wherever. And then he was all, hey, I’ll meet you at the airport, take this bag with you, but it’s like a bag of drugs. The police discover the drugs, and the handsome so-and-so never showed up at the airport and the two girls get stuck in some crazy-ass Thai women’s prison until they have to call up Bill Pullman, an American lawyer who’s set up shop in Bangkok and specializes in getting other stupid Americans out of trouble with Thai authorities.

I didn’t want to have any of these experiences. I just wanted to have good times with my new wife and be newlyweds in the sun and stuff. And for the most part, that’s just what happened. Once we were there, our days were filled with difficult decisions such as “should we sit by the pool or go take a walk on the beach?” At night we debated over which bar to attend and what the drink of the night would be … Bahama mamas? Tequila sunrises? Jim Beam with a wedge of pineapple?

But Brokedown Palace was always in the back of my mind … even though we weren’t in Thailand. I remember the girls in the movie were having a blast before shit went to hell. Was peril lurking around every corner?

One morning on the beach, a very nice local man came up to us with the same kind of smile we found on the face of many of the people who lived there. He stopped in front of us and said hi. We smiled and said hi back. “Are you looking for something special today?” he asked in his buttery St. Lucian accent.

I vehemently said no, because clearly he was trying to sell us weed … I felt so tense, figuring local authorities were just waiting behind a palm tree or something, just waiting to pounce. But the man just kept on smiling and said, “Ah no problem, you enjoy your day!” Seriously, nicest drug dealer ever.

Later in the trip, a couple we met from South Carolina handed my wife half a joint. She slipped it into her pocket, unsure of what to do with it, and I freaked out. We walked halfway across the resort to a trash can where, under the cover of darkness, I basically forced her to throw it out. Once again, disaster averted.

But before the flight back, I was singled out at the airport in St. Lucia for “special screening.” My bag was emptied and X-rayed, and I was patted down. I did my best to remain calm, even though the whole time I kept thinking of the Star Trek-like ear parasite Kate got in her ear while locked up in the Thai women’s prison. I was clean, sure, and everything was fine, but the whole time I was thinking “what if?” I wonder what Bill Pullman is up to these days.