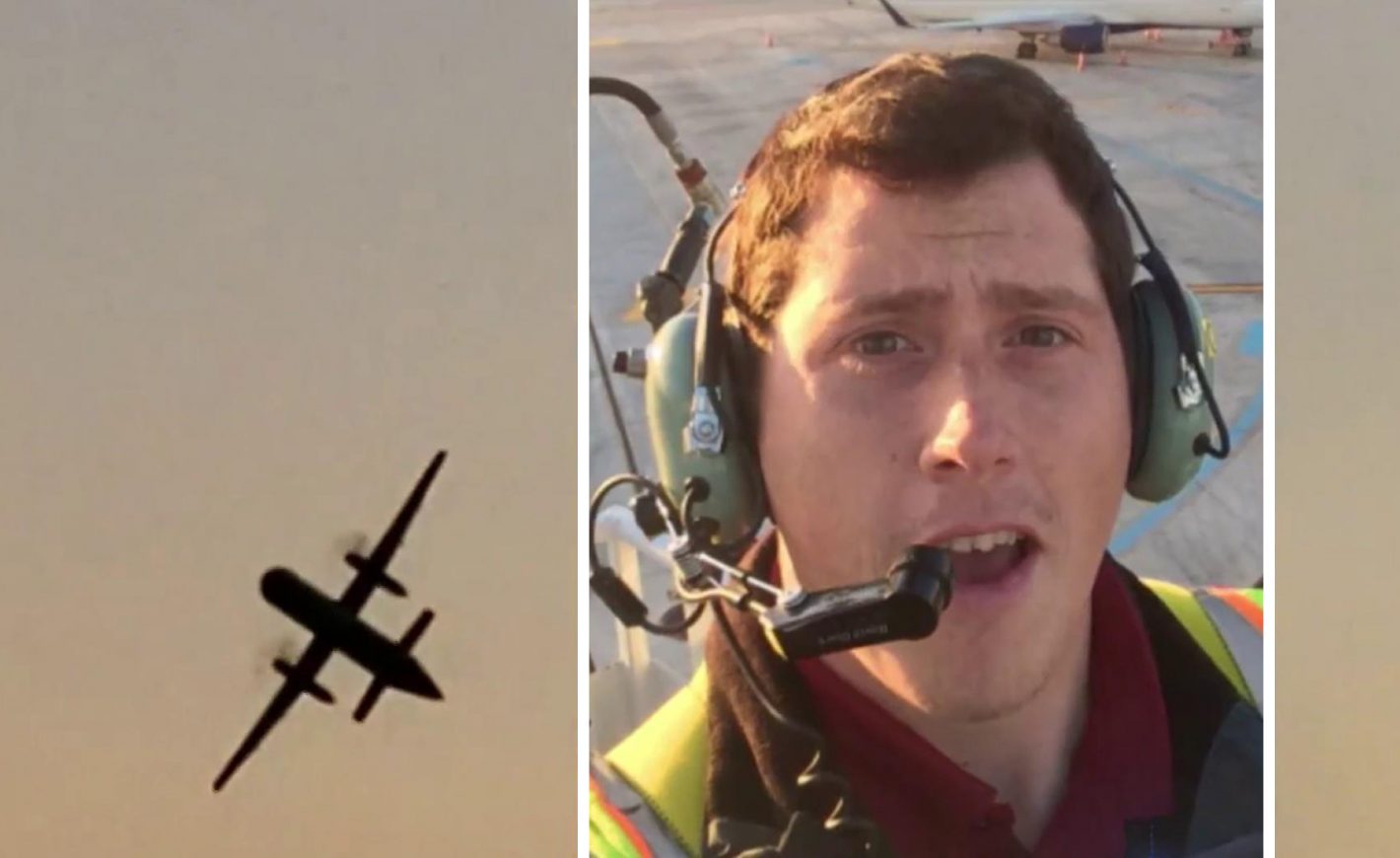 This weekend, residents in the Seattle area got a scare when a Horizon Air turboprop plane was taken for an unauthorized flight at 7:32 p.m. on Friday evening from Sea-Tac Airport. The plane looped and rolled through the air for about an hour before it crashed, according to Horizon Air CEO Gary Beck at an Aug. 11, 2018, press conference, “in a wooded area on Ketron Island in rural Pierce County.” The plane was hijacked from a maintenance area by Richard Russell, who worked for Horizon Air as a ground worker for three-and-a-half years and died in the crash. According to various reports I’ve seen on the internet, he was a more-or-less amicable man who liked to travel and liked to share his adventures via social media. What possessed him to do such a thing, at this point, is anyone’s guess.

According to a statement Russell’s family released, they said that he was a “faithful husband” and a “loving son,” and that, “It may seem difficult for those watching at home to believe, but Beebo [Russell’s nickname] was a warm, compassionate man.” The only thing we have as of this writing that was a clue into what happened was a recorded conversation between Russell and an air traffic controller who seemed to do his best to resolve the dilemma without any serious damage or loss of life.

Given the outcome, the recording is sad, dark and foreboding. The air traffic controller tried to direct Russell toward McChord Air Force Base, but the rogue pilot was resistant.

“Aw man, those guys would rough me up if I tried landing there,” Russell said. “I think I might mess something up there too. I wouldn’t want to do that. Oh … They’ve probably got anti-aircraft!”

At various other points, Russell mentioned that he didn’t want to hurt anyone, and also echoed his previous sentiment of not wanting to mess up other people’s days, i.e. passengers on flights that were scheduled to land at Sea-Tac Airport.

The transcript of the tape is like a road map of an anxious mind: There are moments of fear, remorse, paranoia and eerie lucidity. He oddly asks the air traffic controller for the coordinates of the orca that was carrying around the dead body of her calf for the past two weeks. Then, at one point, Russell said, “I’ve got a lot of people who care about me. It’s going to disappoint them to hear that I did this. I would like to apologize to each and every one of them.

“Just a broken guy, got a few screws loose I guess” he continued. “Never really knew it, until now.”

I wasn’t sure if this was something I wanted to write about. I didn’t want to romanticize or vilify someone who died that I know very little about. The transcript struck me most, I guess, because of how in the moment it is. There’s no crying or pleading, at least in the portions of the transcript I’ve read and heard. What’s odd is how calm most of it is. Russell talks about the beauty of the Olympic Mountains and often references how much fuel the aircraft is using. Other than being a “broken guy” with a “few screws loose,” there doesn’t seem to be much of a reason behind what he’s doing. He’s just doing it, even though it seems like he’s pretty well aware of how the episode will most likely end.

That’s just speculation, of course. I’m not sure if anyone can really know why anyone else does anything. In the recording, Russell also made reference to “minimum wage,” and in one exchange with the air traffic controller, he asked, “Hey, if I land this thing successfully, do you think Alaska [Horizon’s parent company] will give me a job as a pilot?”

“You know, I think they’d give you a job doing anything if you could pull this off,” the ATC answered.

Was that the reason? Was he another white male who blames non-white males for all his problems, and that’s why he thought it was best to take his own life in such a dramatic fashion? Or was he just babbling just to babble, because sometimes when you’re anxious, nervous and depressed, you say all kinds of stuff you don’t mean. You do things that make other people think you’re as ugly as you think you are. Like I said, I’m not trying to admonish or make excuses for someone who’s no longer here to defend himself, but listening to that recording of a conversation between two people on very different sides of the same crisis was a disturbing and haunting endeavor. And, unfortunately, like so many things in life, it led to more questions than answers.