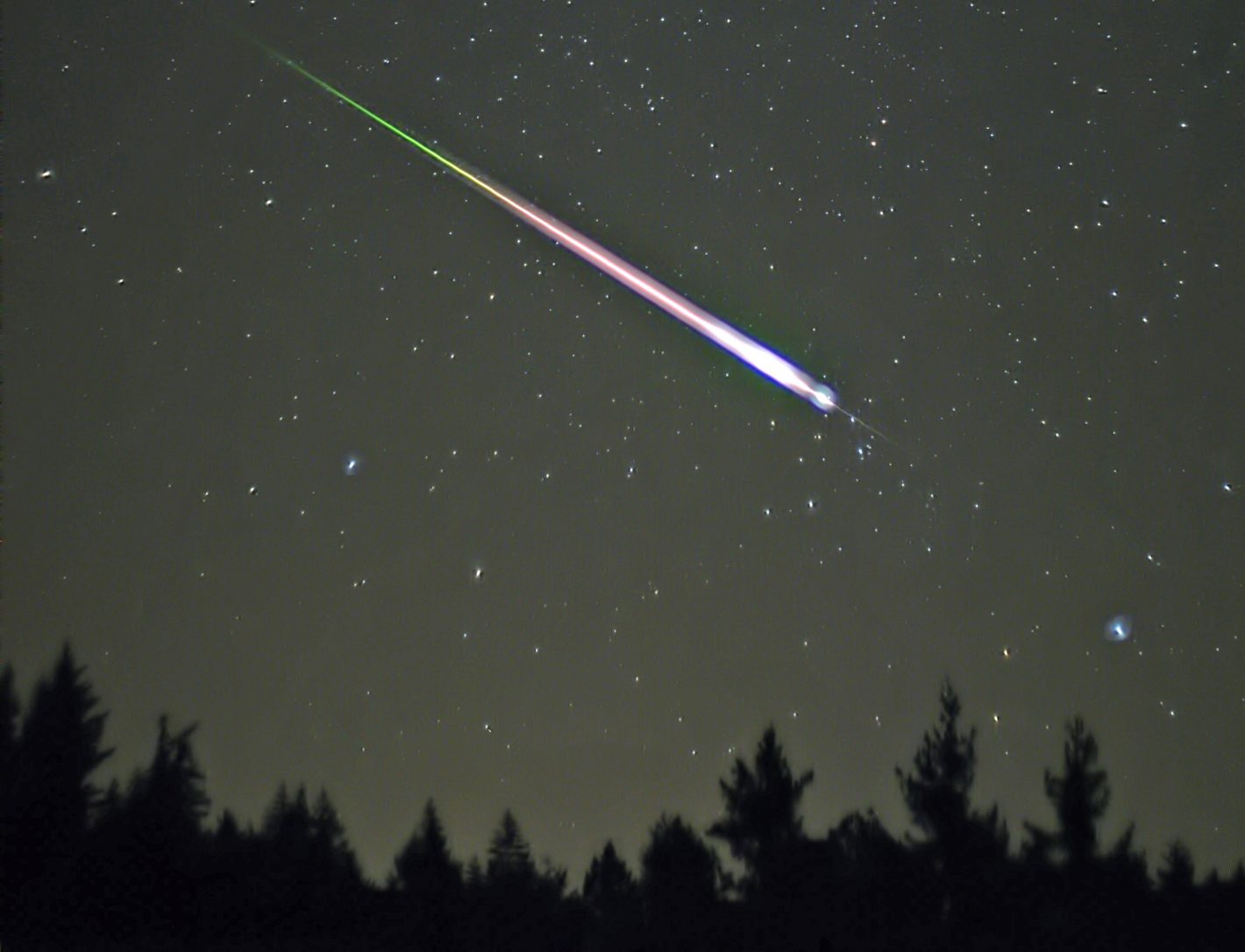 My prayers were almost answered.

During the 2016 Presidential Election (aka Civil War: The Sequel), a joke campaign was created for Giant Meteor 2016 with the fitting tag line, “Just end it already.” It would have been nice. Some beautiful big ball of righteous fury could have collided with us and sent us to heaven or wherever where we could play pickup games of volleyball with the dinosaurs. They could have given us knowing winks and high fives and put comforting arms or tails or whatever over our shoulders and say, “Don’t worry, Broseph. It happened to us, too, and we’re much bigger and awesomer than you puny humans are. Have a craft brew. On us.”

And now that we’re more than a year removed from the Trumpening, and basically have been stuck spending the whole year denouncing or defending him and his administration on the 80.9 billion social media applications we have available to us, doesn’t traipsing through the great beyond with a bunch of velociraptors sound like paradise? Doesn’t it sound a lot better than having to go home for an amazing holiday dinner only for it to be ruined by that one uncle who will not shut. the. fuck. up.?

I almost got my wish this past Thursday when a meteor (not a giant one, as it turned out, but maybe the Big One is just gearing up for a run in 2020?) lit up the night sky in Finland. Finland! Can you believe it? Finland! … Oh wait, that was Sweden, right? So much has happened since then that all of it has started to meld together.

A shooting star strayed away from the Leonids meteor shower blasted across the Arctic night, glowing with the light of “100 full moons,” which is poetic, really. The meteorite was believed to be 220 pounds and a physics professor from the University of Helsinki, Tomas Kohout, says that the errant space rock likely didn’t completely disintegrate but probably “landed in a remote corner of Finland,” which, like, could be used to describe every corner of Finland, right? Scientists are hot on the case of trying to find whatever’s left of the meteorite, but even if they do, it’ll just serve as a reminder of what could have been.

So it looks like the cosmos has no answer for our current predicament … this uncomfortable and passively aggressive junction in our cultural history. I guess we’re going to have to go through this until we figure it the fuck out. And maybe that’s what’s happening?

It seems like the band-aid has been ripped off and all the pus is just oozing out. And it smells really bad. In the past year, we’ve had white supremacists marching through cities, most notably one in Charlottesville that resulted in the death of a counter-protester, Heather Heyer. Add to that mass shootings, notably at a country music concert in Las Vegas, with more than 50 deaths and most recently in Sutherland Springs, Texas, resulting in more than 25 deaths. A truck also plowed into a popular bike path in Manhattan, killing eight.

We’ve also been picking the scab off of everyday life. We’ve seen men in power abuse that power to exploit and abuse women, such as Harvey Weinstein and Louis C.K. In Alabama, Judge Roy Moore has been defiant in staying in the race for the U.S. Senate despite women coming out of the woodwork to accuse him of abusing them while they were underaged. Even champion of liberal causes Senator Al Franken has come under fire for harassing model/radio host Leeann Tweeden during a USO tour in 2006.

But none of these things are new, right? They didn’t start happening Nov. 8, 2016. Men have always been shitty to women. Americans have been buying AR-15s and shooting up other Americans since, well, I guess since AR-15s started becoming available (but now’s not the time to talk about that). Where we are now isn’t because of Nov. 8, 2016, but the other way around. We’re just getting our faces rubbed in it every day, and, sadly, we deserve it. Enjoy your side of stuffing.