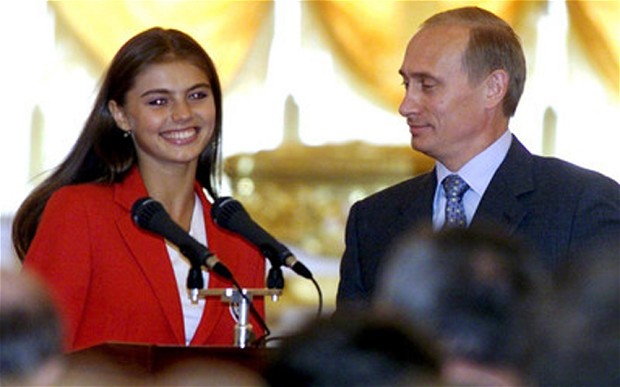 We got the short end of the stick here in America as far as our leaders in politics go. Sure, our president—and you’re free to debate whether he’s an effective one or not (if there’s even such a thing as an effective president nowadays)—is an extremely charismatic public figure; and sure, all the bickering within both houses of Congress is more akin to the rantings and ravings of a Jerry Springer audience than actual governance, but there’s a dearth of the wacky and unexplainable. Sure, there are those in Congress who refuse to believe, despite heaps of scientific evidence, that evolution is a thing (let’s not even go as far as climate change…one thing at a time here), but that’s easily explained with a simple, “Well, they’re idiots.” Done and done. In other parts of the world, their leaders are way more enigmatic and totally bonkers.

Vladimir Putin is challenging Kim Jong-un for the top of that list. As February turned to March, Putin, who seems to absorb the spotlight much in the same way as the cast of The Jersey Shore soaked up fake tans, mysteriously stopped making public appearances. The rumor mill started flying about what could have happened to him, and some of the shit people were saying was absolutely awesome.

The first was that his disappearance was linked to a botched Botox injection. I started with this one because it was my least favorite of the rumors. I mean, it’s really funny, but if life were a movie and Putin was, like, the evil mad scientist or something that you eagerly wanted the hero to defeat, and said hero vanquished him with a single injection of Botox, you’d be pretty disappointed. But I guess for someone who portrays himself as so macho, the irony of being undone by such a wimpy medical procedure is pretty awesome.

Another rumor was that he was in Switzerland to witness the birth of his love child. This is the most National Enquirer of the Putin rumors. I guess it’s OK, because it kind of reminds me of something James Bond would do—the problem being, I like James Bond and Putin is more of a power-hungry, homophobic dick. It was being reported by various sources that Putin’s perhaps-girlfriend Alina Kabaeva, a medal-winning Russian rhythmic gymnast (i.e. someone James Bond would totally have sex with) gave birth to a baby boy (or girl?) in the Italian-speaking Swiss canton of Ticino. However, it’s unclear whether or not this birth ever really happened (I couldn’t find confirmation one way or the other). The Kremlin denied this was the cause of Putin’s absence from the public eye. I just don’t know what to believe anymore. Is life even real, bro?

My favorite rumor involved a coup. A coup! Could you imagine such a thing? Could you imagine if our populace cared enough about where their government was steering the country to pull their heads out of their smart phones and actually throw a coup? It’s like a fantasy. Coups happen all the time all over the world, just not here. I guess if you have three SUVs in your driveway, whether you’re pissed off about the government “trying to take your guns away” or not, coup-ing is near the bottom of your to-do list. We’ve just got it too good over here. Reuters was reporting that the killing of opposition party leader Boris Nemtsov had stirred the pot within Putin’s palace, causing a divide among his allies.

Of course there were rumors that he was seriously ill or even dead, but, no, as far as we can tell now, the dude’s still kicking.

In actuality, he was probably just under the weather—maybe? TV Rain, Russia’s independent news network, reported that he had the flu; however, an Austrian news outlet said Putin was dealing with back problems. Uh… wait. So, like, maybe the flu is in his back? Oh OK, there’s an official statement that probably cleared everything up. When asked about Putin’s health and whereabouts, Kremlin spokesperson Dmitry Peskov said, “The topic is closed.”

Well I guess there’s nothing more to write about.