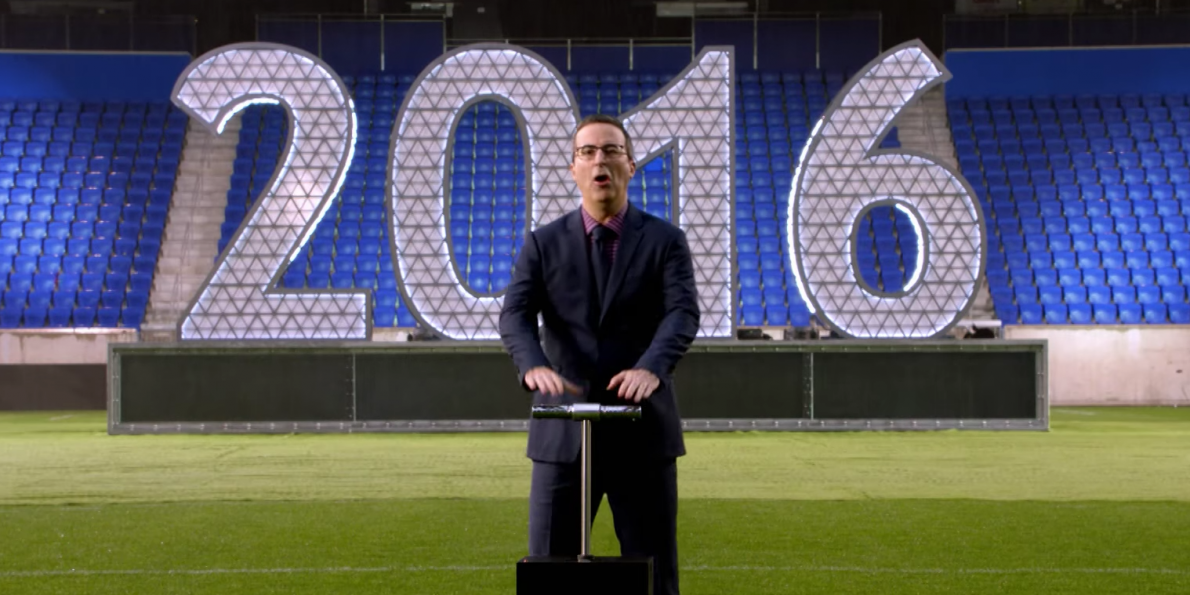 People are more eager to say goodbye to 2016 than they have been any year in recent memory. Though to be honest, I don’t remember the last time anyone said something like, “Gosh, 2013 was awesome. I’m going to be sad to see it go.” Have we become that miserable? Are we that discontent with our lives that every year is basically a big pile of shit? Are we so unable to live in the moment that we’re always going to be mired in hoping “things will get better?” Am I starting to sound like an Elizabeth Gilbert book? OK. I’ll stop.

It’s true that 2016 was a troubling year full of despair and death. It seemed like every celebrity you loved died. It was so bad that even Alan Thicke was like fuck this shit, I’m outta here (RIP to America’s TV dad), and you may have missed it, but Dr. Henry Heimlich, the man who invented the eponymous technique to rescue people from choking to death, passed away at the ripe old age of 96. The Heimlich Maneuver saved tens of thousands of lives since its introduction in the 1970s, and Heimlich used his famous technique, according to an article on CNN.com, to save a fellow resident of the Deupree House retirement community from choking to death earlier this year. Nearly choking to death must suck, but how cool would it have been if Dr. Heimlich himself sprang into action to save your ass?

On a larger scale, we’ve seen over and over again this year how horrible people can be toward one another. Most recently, the conflict in Syria has managed to get even worse, especially in Aleppo where rebels are making a final stand against Bashar al-Assad, and both sides seem to be incapable of not being pricks long enough to evacuate the civilians caught in the crossfire.

I’m going to stop short of delving into the seemingly endless vitriol drummed up by this year’s U.S. Presidential election and its result. I mean, yeah, I don’t even know how we look at each other any more. It’s like America’s engaged in some nasty divorce arbitration, and we’re all fighting over who gets to keep the dogs (you’re not getting Snookums—you can forget it).

OK … yeah. It was. But, I mean, I got married this year! I know that doesn’t mean shit to you, but I thought it was pretty awesome. We even gave props to David Bowie and closed out the party with “Magic Dance” from Labyrinth. It was really sweet. And we went on our honeymoon to the Caribbean and I ziplined for the first time and didn’t even die or get spooked by a tarantula in the rainforest—all of which I’m grateful for. And now I get to spend the rest of my days with the love of my life, which I’m extremely grateful for (and I’m not just writing that because she asked me to leave my column up on the computer so she could read it when she got home).

Maybe you didn’t get married this year (and if you did, congratulations!), but there must have been something good that happened to you in 2016. Maybe the barista at Starbucks finally spelled your name correctly on your cup. That’s not much, but it’s something! Some of you out there might not even have that to hang your hat on, though. Hey, I understand. Times are hard out there for a lot of people. But even if you don’t have any good memories of 2016, fear not. Your time isn’t up yet. You still have a chance (like, 12 days as of this magazine’s publication, so you really have to get on it) to make sure that this year wasn’t a total piece of shit.

How about making memories for you and a young lady in Mexico? Dec. 26 is Rubi Ibarra’s quinceñera, and it’s going to be the social event of the year. Rubi’s father Crescencio posted a video inviting “everyone” to his daughter’s 15th birthday bash, and it went viral. Why? Who knows. Maybe it’s because the party will feature live music and a horse race with cash prizes, or because Crescencio and Rubi were just killing it fashion-wise (he in a black cowboy hat, and she in leopard print dress and tiara), but does it really matter? More than 1.3 million people have RSVPed to the event already on Facebook, and memes and parodies of the video (including ones featuring The Simpsons and Gael Garcia Bernal) have circulated all over the internet. Interjet, a Mexican airline, is even offering travel discounts to those who want to attend, so you can fly out to wherever this party is on the cheap. Feliz compleaños, Rubi!

Even if you don’t make it to Rubi’s XV, just do something amazing that you’ll look back on and smile about this year. Do some good for others or good for yourself. You’ll need it. It’s been a tough trip around the sun, and, considering where things seem to be headed, just think of how you’re going to feel about 2017 by this time next year.