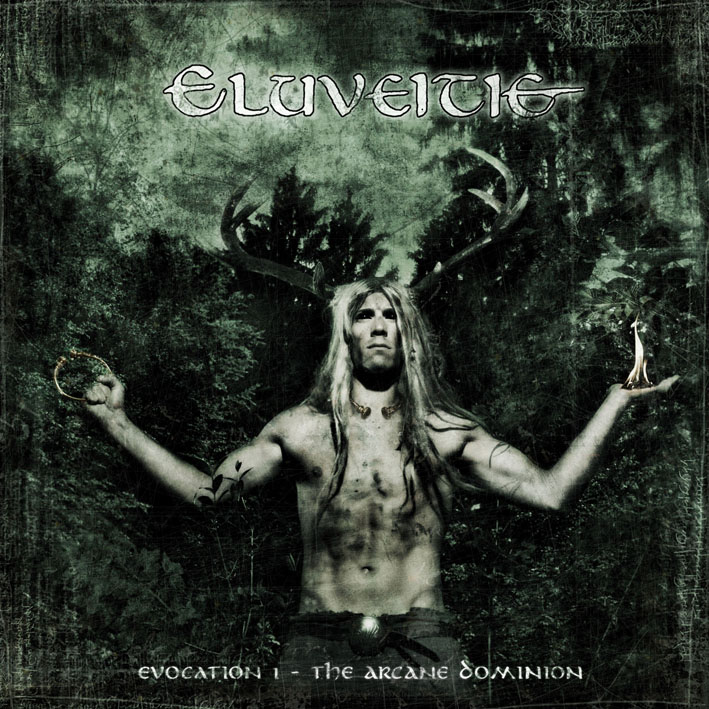 I speak from experience. There’s nothing better than being outdoors and eating meat cooked on an open flame while listening to black metal. Call me crazy.

You might have caught Eluveitie last year when they played The Boardwalk as part of Pagan Fest. If so, I envy you, because I wasn’t there. The band hails from Switzerland and they’re songs are infused with figures from Celtic mythology, a subject I took a few classes on in college (which is probably why I’m 32 and broke).

The above image is the cover of their upcoming effort titled Evocation I: The Arcane Dominion, which is tentatively slated for a spring U.S. release on Nuclear Blast. Evocation I will be an acoustic album, but that doesn’t make it any less metal. Besides guest appearances from Faun’s Oliver S. Tyr and Primordial’s Alan A. Nemtheanga, nearly all the songs will be sung in ancient gaulish, which I believe is a derivative of elvish.

Chrigel Glanzmann, Eluveitie’s head honcho, had this to say about the album cover: “As Evocation I: The Arcane Dominion is a concept album setting pure gaulish mythology into music, we also wanted to be the artwork in the same line. Kernunnos is one of the most important and central characters in celtic mythology. So we conceived a topical portrayal of that figure, representing as the ancient mythological content of Evocation I: The Arcane Dominion as well as its musical character.”

Kernunnos (or Cernunnos) is also referred to as The Horned God, and is associated with fertility, wealth, life, animals and the underworld. All in a day’s work for a god, I guess.