Euro-trashed Part I: Mind the Gap

Life can be monotonous. We travel the same roads day-in and day-out, hoping for something better to come along. We fall into ruts that seem impossible to escape. At some point we all want out, and I am here to tell you that it is possible. There’s a whole other world out there, just waiting for you”¦ all you need to do is start saving (good luck!). While you’re figuring out that hustle, allow me to regale you with my own tales from the Chigger Brothers’ European Vacation.

After months of preparation, it was time to do the damn thing! My brother, Brocephus, and I spent the afternoon burnin’ it down, sipping on screwdrivers and taking inventory of our gear. By 6 p.m. it was time to board the plane for our nine hour flight. Loving air travel as much as I do, I decided to cope by sucking down free booze until I passed out. After swilling beer, wine and gin, I was ready to either yack or crash. Much to the joy of the elderly woman on my left, I chose the latter.

In hindsight, drinking myself to sleep on a germ-laden airplane probably wasn’t the best idea; and the three-week malaise that followed took its toll on the Chiggers. By the time we landed in Heathrow Airport, your boy was sniffling, sneezing and coughing like a Nyquil commercial! Not letting a little phlegm get in the way, we boarded the Piccadilly line of the Underground and headed into the city. We had made it to our first destination: London, England.

Ah, London”¦ where bars stay busy from around 5 p.m. until last call. Brocephus and I ended up at one of London’s many corner pubs with two completely shit-faced Brits. One, who happened to be rockin’ a dead front tooth, was cracking jokes and talking shit while his friend, Holla Man, tried to get up on every girl (including a 37-year-old, unattractive accountant). Eventually, my brother convinced Holla Man to talk his way into the Spearmint Rhino strip club across the street from the bar. Off he went with only his wits and two finger condoms (produced as if by magic!) to protect him. Unfortunately, a security blockade was soon in full effect. My brother tried to reason with the tit guardians, explaining that Holla Man was fully protected, but it was to no avail. We set back to drinking and, as the pint glasses stacked up, the Brits became harder to understand; so, we headed back to our bed-farm for the night.

The next day was supposed to be museums, churches and landmarks galore; however, Brocephus needed help recovering from the previous night. On a tip, we headed to Camden Town to score some of the real good. We began our quest by asking people looking for charitable donations where the Al Green was at. Some felt slighted since they were out there for charity, but they didn’t realize that’s exactly what we were looking for. Soon enough, we met a South African dude with a Henry (the eighth), who was kind enough to smoke us out. After walking about a mile to find a quiet spot, he unrolled his sack only to find that he had just bought a $60 napkin! Feeling pity for our new friend, we hit the streets, asking suspects where we could score. After several false starts, we found a man who had his two kids sell us a dime bag for $40. With nary a head change and much lighter wallets, we spent the next few days seeing the sites, climbing to the tops of copulas, getting rained on and soaking it all in. 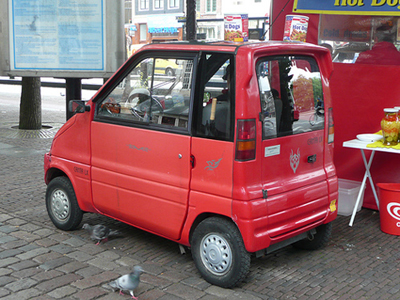 After a while, our differences became apparent. Obviously, the Brits drive on the wrong side of the road, but there are other things: bacon=Canadian bacon; condiment packets are tiny and include something called brown sauce; the pigeons are ridiculously fat; you don’t tip at bars; and when the voice on the Underground announces you are riding toward Cockfosters, no one laughs. Fortunately, they make up for their shortcomings by filling their museums with priceless “borrowed” artifacts and flooding the streets with above average tits. That’s right; the gawking had begun and just in time for Prague”¦ stay tuned!