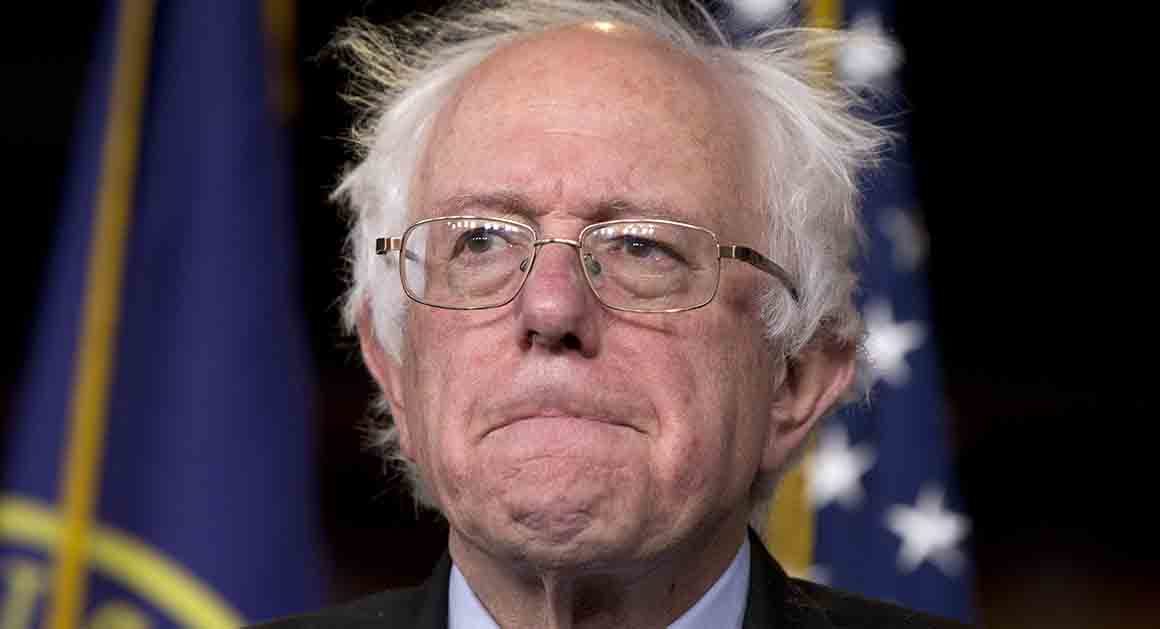 Hi. My name is James, and I felt the Bern.

Perhaps I shouldn’t have used the past tense there. I still like Mr. Sanders. But I’m just feeling like this whole campaigning for president thing has run its course and it’s time to shut it down.

Yes, I voted for him in the primary. I even donated to his campaign … as an aside, and I’m sure this goes for any candidate or political party, only give money to a politician if you want your inbox blown the fuck up with emails from him/her and other like-minded public office hopefuls who simply can’t change the world without your $5 (but, you know, $20 or $50 would be better). Even though I did these things, I didn’t think he had a chance in hell of winning the Democratic nomination, let alone becoming president. I mean, I think he’d be a good president. He’d at least be better at it than Fitzgerald Grant from TV’s Scandal. Seriously. Fitz has to be the worst TV president of all time. Does he ever even do any presidenting? It seems to me all he does is pine over Olivia Pope (hey, who wouldn’t?), get wrapped up in silly drama at the White House on the taxpayer’s dollar (!!!) and get into passive-aggressive arguments with his wife …

But yeah, Bernie. He’s fiery and from Brooklyn and he’s into all the same stupid ultra-liberal policy shit that I’m into. He’s also the toughest sonofabitch in the race (even though he’s not really in the race any more, let’s be honest). If you would have told me however many decades ago this presidential primary season started that an independent senator from Vermont, who kinda hinted at being a socialist would have come relatively close to winning the nomination of one of the two major political parties in the United States, I wouldn’t have even laughed at you. I would’ve just felt bad for you. I think it’s a real testament to the person that he is that he’s gotten this far. Poor Ben Carson couldn’t even overcome not believing in dinosaurs, which is no way to win the nerd vote.

But here we are now, in late June, with the Democratic National Convention just about a month away. Hillary Clinton is fresh off winning June 7 primaries in New Jersey, New Mexico and of course cruising to victory in California. Bernie got Montana and couldn’t even carry both Dakotas (North Dakota felt the Bern, just not the South). Mrs. Clinton has 2806 delegates (according to Google), which is well over the 2383 needed for the nomination.

It’s over. I can’t be really any more blunt than that. The good fight was fought, and it’s OK that the outcome wasn’t what I and other Sanders supporters were hoping for. I was happy to see him stick it out, being a very vocal supporter of things like campaign finance reform and other issues that I think are more universal than people on both sides of the aisle would like to admit. Sure, it feels like the whole thing is rigged. And maybe the whole primary process is totally fucked. I wouldn’t be the least bit surprised. But let’s look at it this way, Hillary Clinton has basically been in training to be president her entire life (whether she actually gets there or not remains to be seen). Sanders, seemingly, decided to run to make a statement, which he certainly did. And maybe after winning a few states and starting to pick up momentum, what with all the people Facebooking and Tweetering about him and whatnot, he started to think, “Hey, I got a shot at this!” But, like, allow me to make a really tenuous analogy:

Let’s say I was shooting hoops at some playground somewhere and then out of nowhere LeBron James showed up and was all, “Hey, little dude, how about a game of one-on-one?” And I’d be all, sure LeBron, because, hey who wouldn’t? And maybe, by some miracle, I’d sink a couple of shots, because it’s the offseason and LeBron isn’t really going full bore because I’m 5-foot-9 and almost 40 and get winded when I’m climbing the stairs. So after scoring a couple of baskets, I might think to myself, “Holy shit, I might beat LeBron,” but while I’m thinking this all these other people show up because they heard one of the biggest NBA stars ever was at the local playground shooting hoops with some schlub. And maybe some of these spectators saw me sink a lucky shot or two and, because they’re predisposed to pull for the underdog, started cheering for me. And then, like, LeBron sees this and he’s got a reputation to uphold and is like, “Well, I didn’t mind lollygagging around when no one was here, but what if it gets around that Pudge over here beat me in a game of one-one-one … So long, Nike.” So he just takes the ball and slams it all over the place.

So, like, in this terrible analogy, I’m Bernie and LeBron is Hillary, and you can’t expect someone who’s never played organized basketball to beat an NBA superstar. But that’s OK, because, hey, you tried. You did good, Bernie. I hope to visit Vermont someday.