Four-Eyes for the Future 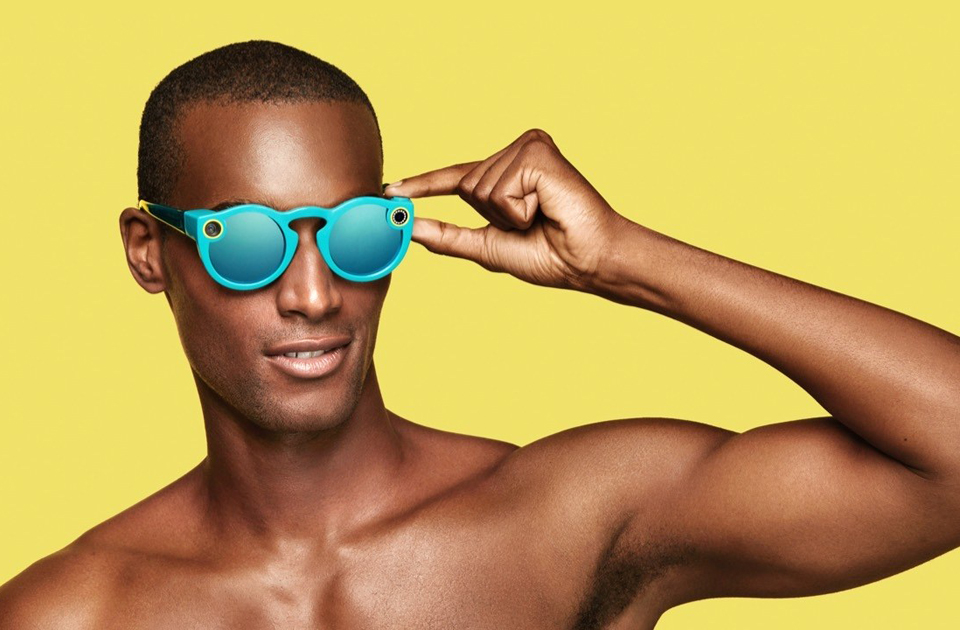 I don’t know what Snapchat is, but I’m not so out of touch that I don’t realize it’s a thing. Or at least it was a thing. I just assume that by the time I realize something is a thing, there’s already another thing that I won’t learn about until it’s no longer a thing. In the interest of not just writing around in circles, for the sake of this column, let’s just all agree that Snapchat is still a thing that people use for some purpose or another. And it’s about to become a real, tangible thing, more or less, with the release of Spectacles.

A cursory look at Spectacles reveals something we’ve seen before. It’s a pair of glasses with cameras on it, reminiscent of Google’s ill-fated Google Glass. Remember when that was supposed to be a thing? That hasn’t worked out so well—at least not yet—so you might be wondering why the dude from newly rebranded Snap Inc., 26-year-old CEO Evan Spiegel, is going to make the cyborg glasses thing work when Google, The God of Our Age, couldn’t. My first guess would be that since Spiegel has created a wildly successful app before the age of 30 and is engaged to Miranda Kerr, Victoria Secret model and the physical embodiment of that Snapchat filter everyone uses to make themselves look like fairy princesses, he probably thinks anything he touches will turn to gold. And he’s probably right, but let’s take a deeper look … well, only slightly deeper.

Google, as you would imagine, went over-the-top with their marketing of Google Glass, branding the device as something that would change the way we interact with our world. As such, they priced it at around $1,300. So, yeah, thanks but no thanks. I’m just going to have to stick with my lo-fi eyes. I mean, I know they’re not as sexy as your fancy robo-optics, but millions of years of human evolution has proven them to be resilient, and they don’t even need to have their batteries charged. And even though I need regular prescription glasses for them to work properly, they’re free, which appeals to my inner cheapskate.

Snap Inc.’s Spectacles, however, come in at a measly tenth of the price of Google Glass. As such, Spiegel has been referring to the device as a “toy,” according to the Wall Street Journal, “to be worn for kicks at a barbecue or an outdoor concert.” Spectacles is also cooler than its Google counterpart, because it’s a pair of sunglasses. Sweet, huh? And it’s available in a few different colors (one of which is teal!) so you can style while you profile. And hey, at just under $130 a pop, maybe you can buy a few pairs to match all your cool outfits. How’s that? Sold? What if I told you that Spectacles’ wireless cameras captured circular video with a 115-degree field of view that approximates a “human perspective,” according to a blog post on Snap Inc.’s website? Spectacles can also transfer the Memories (capital “M,” as per Snap) they record and transfer them directly to your Snapchat app via wireless whatevers and Bluetooth and lasers and unicorns. Fucking awesome.

“We’ve created one of the smallest wireless video cameras in the world,” the Snap blog enthuses, “capable of taking a day’s worth of Snaps on a single charge, and we integrated it seamlessly into a fun pair of sunglasses—available in 3 different colors!”

I’m sorry. Sometimes I get carried away. When someone tells me that I want or need something, even when I don’t want or need it, if they say it enthusiastically enough, I start to believe them. I don’t even have a Snapchat account, so If I bought one of these things, my recorded memories would just port into my stupid brain, and that sucks. Who needs memories in a brain? No one can like those or comment on them with little emojis or stickers. I can’t even put a filter on myself so I look like one of those dudes on the covers of romance novels, with the long hair that I don’t have perpetually blowing in the breeze. My white silk shirt unbuttoned just so. I mean, sure, in my mind I can cut myself out of my own memories and just paste Fabio in there in place of me, but what good is that? It wouldn’t be on the internet for everyone to see. It’s sad, right? Well, I think it is.

But, you know what? You go out and get these awesome glasses things. Don’t worry about silly old me. Make yourself look like Fabios eating burgers at barbecues, or fairy princesses rocking out to The Lumineers at outdoor concerts. It’s your world, ladies and gentlemen, so get out there and live it!