Fruits of the Devil 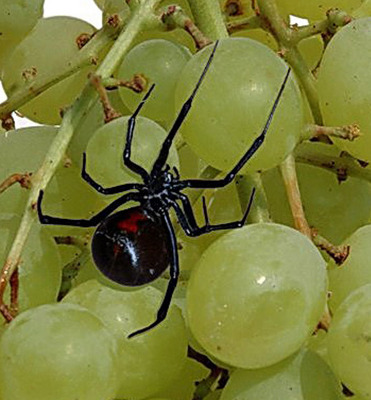 For the first time in my life, I’m dieting. I don’t like to talk about it. I feel weird saying it because I’ve never been all that big or small weight-wise, just a sort of uninteresting gray area between “normal weight for my height” and “sort of pudgy.” My body type would probably be scientifically classified as “meh.” I’m not dieting because I have a poor body image. I mean, I’d probably still think I looked like a dork if I lost 15 to 20 pounds, but I figure I’m approaching 40 and I should probably get my shit together if I want to live long enough to retire. Plus, it seemed a lot easier than quitting cigarettes.

Well, it’s not. I didn’t realize how much shit I eat per day until I started keeping track of it. If I had my way, I’d eat everything all the time. Always. What better joy is there than eating? That’s rhetorical. There isn’t any. You ever notice that when you bend your arm at the elbow to touch your face, it reaches as far as your mouth? That’s no accident. It’s evolution. If your mouth was on your forehead, your arms would be longer. Call Darwin, he’ll tell you.

I also don’t like to talk about it, because every time you say you’re dieting, someone feels compelled to offer their opinion. Like, “Oh, you know, what you’re doing won’t work. Doing 100 burpees a day is the only way you’ll lose weight.” Or they’ll try to convert you to some extremist cult diet like eating only what you can scavenge from the corpses of game hunted and killed by lions in the Serengeti like our ancestors used to do. By all means, do what works for you, but don’t expect me to admire you for it. My grandma ate pasta just about every day of her life and she lived past 100 years old. That’s 100-plus years of carbs.

Believe me, I wouldn’t push my lifestyle on any of you either. I keep weird hours and rarely sleep. I fret and pace and am always rushing around. I’m sure none of that is good for you. I’ve never gotten a professional’s opinion about it, because I refuse to go to medical doctors (even though I’m insured now).

Clearly, I need more than just dieting to turn it around, but like my therapist says, small steps are good. And hey, it couldn’t hurt to eat more fruits and vegetables. I forgot how much I like those fucking things. Oranges? Holy shit, those things are awesome. And apples and bananas are pretty dope, too. Then you have broccoli, nature’s scrub brush; and Brussels sprouts, those adorable and tasty little cabbages. They’re not as awesome as a Quarter Pounder with Cheese and a side of fries, but they’re still pretty cool.

I love my renewed love affair with all those tasty things that grow in the ground. The best part about them is you can just keep stuffing your face with them, and it’s cool because it’s not like you’re drowning yourself in deep-fried chicken fingers (which is No. 1 on my list of ways I’d prefer to die, given the choice).

So, OK, I can say without reservation that I love fruits and veggies. But do you know what I hate? Spiders. I don’t mean to ruffle the feathers of any environmentalists who may be reading, but I wouldn’t mind if all spiders went extinct. I know, they’re important to the ecosystem and eat all kinds of nuisance insects, but bats and birds eat insects and I think both of those are much less creepy.

I read an article recently that spiders are showing up in fruit bought at the supermarket. And not just your run-of-the-mill spooky spider, like, those small, non-descript, brownish ones that scamper out from behind your dresser in the middle of the night and cause you to tear apart your whole room in an effort to catch and kill it because you will not be able to sleep unless you’re able to find the fucking thing. I mean ones that can kill you like the black widow.

These stories are in addition to a woman in England who brought home a bunch of bananas with a nest of baby Brazilian wandering spiders attached to it. The little demons invaded her home and she had to get it fumigated. I can’t afford an exterminator, so if something like that happened to me, I’d just have to burn down my apartment building (don’t worry, I’d warn my neighbors first, sheesh).

Look, all of this spider talk is freaking me out. This is why I never like to talk about how I’m dieting. Let’s just forget this ever happened.