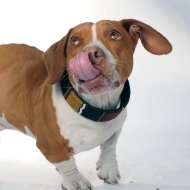 It hasn’t been a good week at all for celebrities. Paula Deen ruined my image of her as this kindly Southern, butter-drenched food slinger by getting fired from The Food Network for being a racist bitch. James Gandolfini, aka Tony Soprano, the figurehead of one of my favorite TV shows of all time, The Sopranos, died of a heart attack while in Rome with his family.

Both of these things left me very upset. Especially the last bit. I mean, I liked Paula Deen in that ironic sort of way that people my age tend to like things that they wouldn’t usually like. That last sentence really shouldn’t make sense to me, but it sort of bothers me that it does. Gandolfini was freaking awesome, though, and probably too badass to exist in this world.

I didn’t know Gandolfini, obviously, but I did have a dream once that I was filming an episode of The Sopranos, and he was there in a scene with me. I remember Dream Gandolfini being really cool: really focused on his work, but not so much so that he didn’t have time to chat between takes. I don’t remember what we talked about or what we did, which is understandable, I guess, because it wasn’t real at all, just a curious byproduct of my subconscious, but it was a jovial experience. I’d like to think Real Gandolfini had a similar demeanor. Rest in peace, dude.

I don’t want to get all caught up in these things that upset me, though. Admired actors dying and Southern cooking icons turned despised racists are things that just bring us all down. Let’s focus on something that we all like—that is assuming you have a soul as I do—dogs.

I fucking love dogs. More importantly, dogs love me. It’s true. Your dog probably would love me as much as he/she loves you if he/she met me. I have this animal magnetism when it comes to dogs. When they see me, they lose their minds. A few weeks ago, I met my friend’s new bulldog and he nearly exploded with excitement. He followed me around the house and everything. Submerge’s official mascot Panda fucking loves me too. She facebombs me to death every time she sees me. I know she probably does that to everyone, but I can tell she saves her most special facebombs for me.

I love all kinds of dogs: big, sloppy dogs; tiny, yippy-faced dogs. It really doesn’t matter to me. I’m an equal opportunity belly-scratcher. I like the cute ones, of course. Who doesn’t lose their shit when they see a floppy-eared Cocker spaniel bound across the room to lick your face? But there’s a special place in my heart for ugly dogs.

I know. Dogs are kind of like babies. None of them are ugly. At least that’s what we’re supposed to say. But let’s face it, we’ve all seen some coworker’s picture of their ugly-ass baby and had to put on our best cutesy voice and coo, “Aww, she’s so beautiful!” And she is, clearly, because they’re all beautiful, even when they’re ugly as fuck.

Dogs are the same thing. You can’t tell someone they have an ugly dog. No matter how wall-eyed and ratty their Chihuahua is, you still have to suck it up and say, “He’s such a cutie!” Otherwise, you’re a complete asshole. It’s all a part of being an awesome member of society.

When I see an ugly dog, it just makes my heart melt. You know all the golden retriever puppies were the ones getting picked first at the pound, and this poor ugly fucker had to sit there, wagging his little butt at every person who passed by his crate, hoping they’d be the one to take him home and feed him treats and give him snuggles, only to get passed over every time.

But someone took a chance on him and was most probably rewarded for it. Just like that deranged, unlovable cousin you have that you were sure would never find a girlfriend. Even he gets lucky eventually.

This past week was the 25th annual World’s Ugliest Dog Contest, which is way cooler than the Westminster Kennel Club Dog Show or whatever. This year’s winner was Walle, a beagle/boxer/basset hound mix who took the title in an upset. Usually, the winner is some scraggly looking hairless dog, but Walle has a very cute pedigree. In fact, each breed in his lineage is pretty adorable. When I saw his picture, at first I was like, well, that’s not an ugly dog.

But then I saw a video of him playing with other dogs and understood.

Walle has a monstrous head about four sizes too big for his squat little body and the stubbiest legs I’ve ever seen. His wee paws are as wide as duck’s feet. He’s like a cuddly little chimera. As one judge put it, “This dog looked like he’s been photo-shopped with pieces from various dogs and maybe a few other animals.”

I watched the video and couldn’t stop laughing. But you know, there he was, all ugly and shit, wagging his tail and frolicking like a boss. All the other dogs didn’t seem to mind that he looked like he just rolled out of a Dungeons and Dragons Monster Manual. They sniffed his butt like they would any other normal dog. If that doesn’t just warm your heart, I don’t think there’s anything I can do for you.