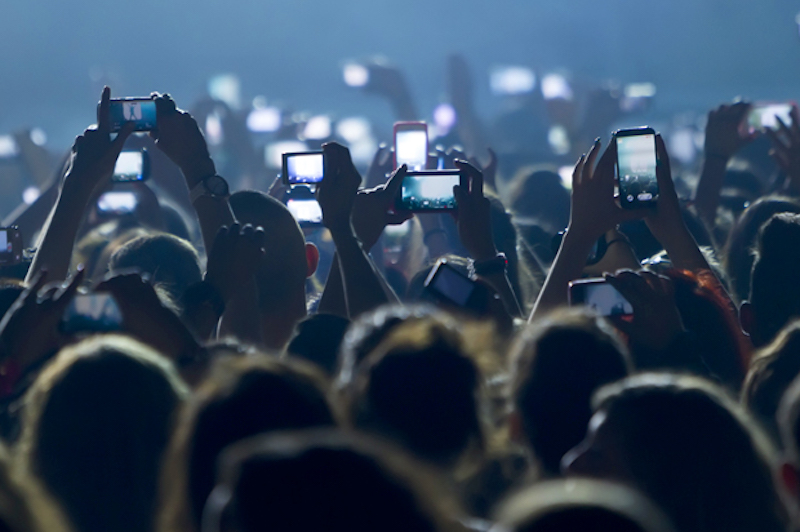 I’ve been in partial, self-imposed Facebook exile for quite some time. If you haven’t tried it before, I highly recommend it, even if it’s just for a little while. A while back—I think I wrote about it here—I deactivated my account, which I’ve long since reactivated. I’ve also deleted the app from my phone (though I still have the Messenger app so my mom can “text” me, as she calls it), so I don’t get real-time notifications about what everyone’s doing (I’m sorry if I’ve missed your birthday). I only log on every other week when I sit down to edit/write/procrastinate for each issue of Submerge, mostly so I can double check that our writers got your bass player’s name right (as an aside, my favorite bands are the ones who post everyone’s last name in the “About” section … really helps, guys).

I haven’t really been keeping track of how long it’s been since Facebook was a daily (and sometimes hourly) part of my life. There are only a couple of things I’ve noticed that have changed for me: 1. When I’m out doing something awesome (a rarity, to be sure), I’m more likely to actually experience what’s going on through my own eyes and senses than I am to view it through the screen of my phone. That kind of makes me happy. It’s like, I’m totally present in the moment. That’s so new age-y, but it’s true. 2. I’m way less informed about what’s going on than I used to be. I’m not sure if this is a positive or a negative. I mean, information is good, obviously. Even in this bizarre period of history we find ourselves mired in, where facts are opinions and opinions are just … well, if you’ve got nothing nice to say …

I do acknowledge that it’s important to know what people are talking about, even if they have no idea what they’re talking about. It makes you a more integrated member of society. That’s why it freaks me out that even though we have the greatest tools ever to connect with one another, we’re more disparate and disconnected than ever.

Seriously, what’s wrong with us?

I’m not so idealistic that I’d believe that there’s even a possibility that we’d ever be able to achieve perfect harmony with one another. I don’t expect a time when we’ll all be sitting around the same giant campfire singing songs about peace, love and understanding. But I did have a small expectation that all this extra access into our neighbors’ lives would give us some measure of empathy for one another.

I guess that is a bit too idealistic, but this is why we can’t have nice things. For all my grumbling and pissing and moaning, I do think the Internet is pretty neat. Or at least, I think it can be a great thing, someday, just probably not in my lifetime.

Maybe that’s why it’s best for me to put it down, for now, until we figure out how to not be so awful. I was really distressed when I read about Wuttisan Wongtalay, a 20-year-old man from Thailand, who broadcasted the murder of his 11-year-old daughter on Facebook Live before taking his own life. Of course, murder is nothing new. It’s been around for as long as we’ve existed. It’s not even new to Facebook’s news feed: in April, Steve Stephens posted a video of himself shooting 74-year-old Robert Goodwin Sr. at point-blank range for no real reason.

Facebook Live, which is a platform that allows users to broadcast live video, has only been around for about a year, but according to the Wall Street Journal, it has been used to distribute 50 acts of violence, such as murder, sexual assault and suicide. In the case of Wongtalay’s video, it was distributed around Facebook for 20 hours before it was finally taken down.

As much as we’d like to point the blame at Facebook here, it’s really not the company’s fault. All they really do is provide the platform for people to be awful to one another. And though they reap the benefits of all the clicks or views or personal information or whatever it is they farm from us to turn a profit, they don’t necessarily encourage us to be such dicks to each other. We just are. We’ve pretty much always been, and it’s clearly something we all get off on on some level. Most of us haven’t killed someone and recorded it, obviously, but the two videos Wongtalay posted of his horrific act garnered hundreds of thousands of views and were even uploaded by others to YouTube, according to Theguardian.com (YouTube also took the videos down).

In response, Facebook CEO Mark Zuckerberg announced that he would add 3,000 people to the team that monitors for content that violates the social network’s policies. That’s great and all, but it’s really up to us get our acts together.