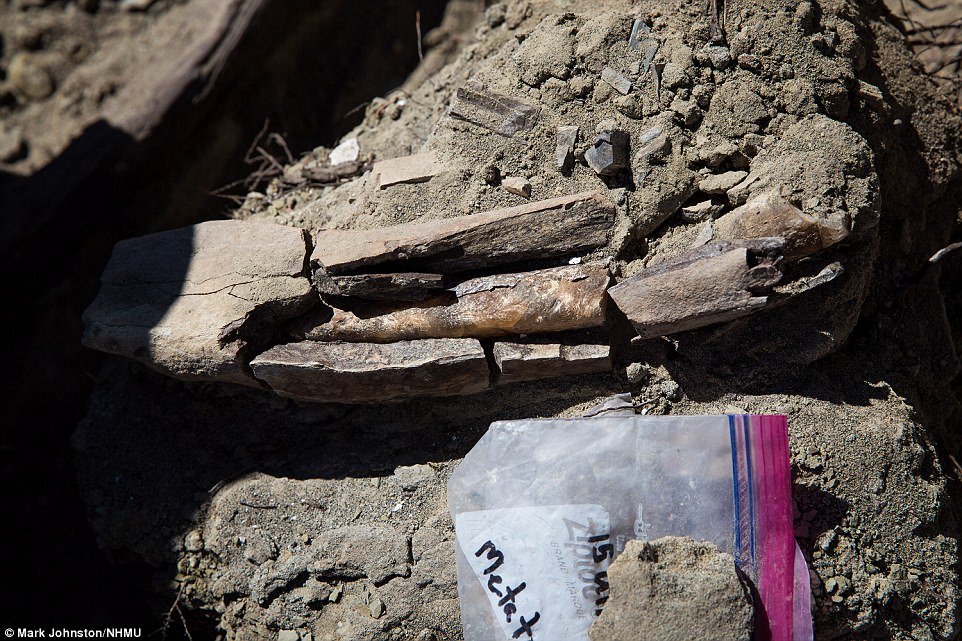 If you can remember your early teen years, you’re a lot younger than I am. My birthday is in a few days, and I feel as though I’m rapidly approaching the tipping point of two differing mindsets: bemoaning how many birthdays I’ve had versus wondering how many I have left. I got to thinking about my teenage years, though, because of an article I saw online about the unearthing of a teenage dinosaur fossil, uncovered in the Grand Staircase-Escalante National Monument in Utah.

“You may regret photographs of your awkward teenage years,” writes Klopa Robin for the peculiarly titled Deathrattlesports.com, “but at least they won’t be fossilized for people to dig up 76 million years from now.”

It’s true that while I can hardly remember much from my early teen years, I do know that very few photos of me exist from that time. I was extremely camera shy, and probably for good reason. I was a gangly, spindly sort of doofus back then (as opposed to the pudgy sort of doofus that I have become). The only photo I can remember of that time of my life came from a birthday party that my friends and family threw for me at my grandma’s house. I was there at the kitchen table, where my family and I ate so many plates of pasta and meatballs, posed with my grandma behind a birthday cake. I was wearing a Soundgarden hat, a Sandman T-shirt and I had a ratty mass of long brown hair on my head. When I think about this photo as I write this, I’m reminded of the impermanence of things. My grandma passed away years ago, after living for well over a century of being awesome. That house we spent so much time in has been sold to another family who gathers at a different dinner table, I assume, and that bushy hair that once obscured my scalp is long gone (and I suppose you can say good riddance to that).

But let’s forget my remembrances of a one-story brick home in Staten Island, New York, and turn our attentions back to Utah where this teenaged dinosaur once roamed the ancient environs of what we now call Utah before even I was born. Its skeleton was found remarkably intact and is believed to be the remains of Teratophoneus curriei, a relative of everyone’s favorite tiny-armed prehistoric badass, the T. Rex. On Oct. 22, 2017, the skeleton was airlifted to the Natural History Museum of Utah where it will be studied.

The fossil, believed to be 76 million years old, is about 75 percent complete, making it “the most complete skeleton of a tyrannosaur ever discovered in the southwestern U.S.,” according to Randall Irmis, the curator of paleontology at the Natural History Museum of Utah. The fossil was first discovered in 2015 by paleontologist Alan Titus, who says the Grand Staircase-Escalante Monument is a treasure trove of fossils for crocodiles, turtles, mammals, fish and all kinds of other stuff.

What’s interesting, too, is that this particular monument has been in the news recently for other reasons. Robin’s article mentions that it’s been somewhat in focus due to a battle in Congress regarding the 1906 Antiquities Act, which grants the President power to declare national monuments. The Trump administration is looking to curb executive power in this regard.

“Every president since Teddy Roosevelt has used the Antiquities Act to name monuments, though Republicans claim it’s been abused by recent administrations, specifically by Obama, who named the 1.3-million-acre Bears Ears National Monument in southern Utah just weeks before leaving office,” stated a recent article in the Salt Lake Tribune. It also mentioned that Interior Secretary Ryan Zinke has called for shrinking both the Bear’s Ears as well as the Grand Staircase, which was appointed by President Bill Clinton under some controversy.

Oddly enough, the Grand Staircase also came into notoriety this past week when an elderly couple, the Bylers of Houston, had to be rescued from the national monument after being lost in the desert there for six days. It’s fascinating because it’s an area that seems to have maintained its relevance for tens of millions of years. A place that was a sort of downtown for teenaged dinos, doing their thing, and even now it remains a tourist destination and an item of contention among douche-y politicians. It seems to me those would be enough reasons to leave it as-is, but then again, I used to wear a mushroom cut and listen to grunge all day, so what the fuck would I know?