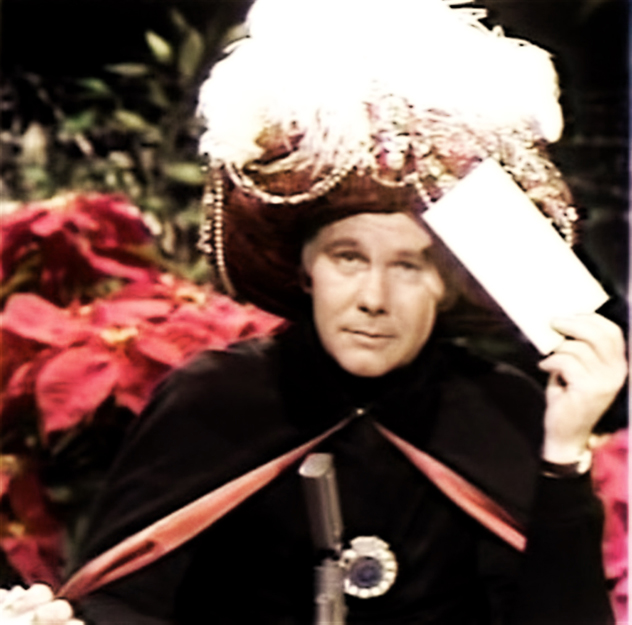 According to the ’80s, we are supposed to be in the future now: flying cars, food pills, hoverboards… the whole shebang. Back to the Future II promised us it would be all that and more, but all we got is a janky hoverboard that needs a special ramp to barely work and rumors that Nike almost has those auto laces from Marty McFly’s shoes figured out. We don’t even have Ronald Reagan trying to sell me Pepsi from a TV screen in a restaurant yet. What the fuck, 2015?

The disappointment that is 2015 should not be repeated. Robert Zemeckis and Co. took a crack at it 25 years ago and came up with bupkis. When we look forward 25 years to 2040, do we want to be so wrong again? If we can’t trust Hollywood to tell us the future, who should we trust? It’s got to be someone that we can all agree knows what the fuck he or she is talking about (Sorry, Bob!). This person must have a history of making great predictions the world can actually count on.

Personally, I think you should trust me. I’m great at making predictions. For example, I predicted that you would be reading this sentence at this very moment. I know, it’s amazing! I’ve been honing my remarkable skills for nearly three-and-a-half decades and my results speak for themselves. Some of my other greatest predictions include microwaveable breakfast sandwiches, 24-hour donut spots, Silly String, HTTP 404 errors, Dogecoin, Vice President Joe Biden and the great German monkey abandonment perpetrated by that bastard, Justin Beiber.

Now that you’ve got a glimpse of my bona fides, I’m sure you’ll agree that Bocephus is the right man for the predicting job; in fact, I already knew you would. That’s just how good I am. But enough with the formalities; the true test of a soothsayer is in his predictions. I’ve focused my incredible powers to look forward in time and witness the follies and fortunes of humankind in the year 2040 and I think you will be amazed by what I have seen. The visions I’ve had could fill volumes, but some would be too devastating for the world to know at this time. Instead, I will leave you with three predictions of our future to come.

In the year 2040, after safely being sworn into her second term as President of the Americas, Miley Cyrus will declare that henceforth, clothing is optional at all times. A special UV-resistant sun block spray engineered from one of the government’s own strains of super weed (a popular seller known as Lady Liberty) will be made available to all citizens to protect their naked flesh from the sun’s blistering rays. It will later be determined that repeated use of the government’s UV-spray leads to heart valve development defects in fetuses. The condition will come to be known as “Achy Breaky Heart,” much to President Cyrus’ chagrin.

But enough with politics. I know you are here to find out about the technology of the future. Well, let’s just say that in 2040, flying cars will be considered old school. Instead, the hot form of travel for the Joneses of 2040 will be flying boats! An enterprising young inventor will rediscover the idea after stumbling upon 26-year-old copies of Submerge and reading an article by a well-known author, Bocephus Chigger, on the topic of seaplanes. Plus, with a large portion of the world’s roadways washed away after the North Pole melts, flying boats will just seem like a better idea than cars.

Finally, in the year 2040, The North Pacific garbage gyre will have collected enough bits of garbage and plastic that a new continent will begin to rise out of the ocean and take shape. The inhabitants of the island will rapidly mutate due to the variety and levels of toxins in their environment. Fortunately for them, the mutations will allow people of the plastic and garbage island to meet their dietary requirements through the consumption of the very plastic under their feet.

The Plastic People, commonly referred to as “Stickys,” will be both cherished for cleaning up the planet and reviled for eating plastic by the rest of the world. Skirmishes will break out at sea as giant abandoned fishing nets are used by the Stickys to set up a blockade on the world’s remaining shipping lanes. What will President Cyrus and the other leaders of the free world do to quell the storm? Find out in 2016 when we look 25 years into the future again to 2041 and the conclusion of the Plastic Wars!