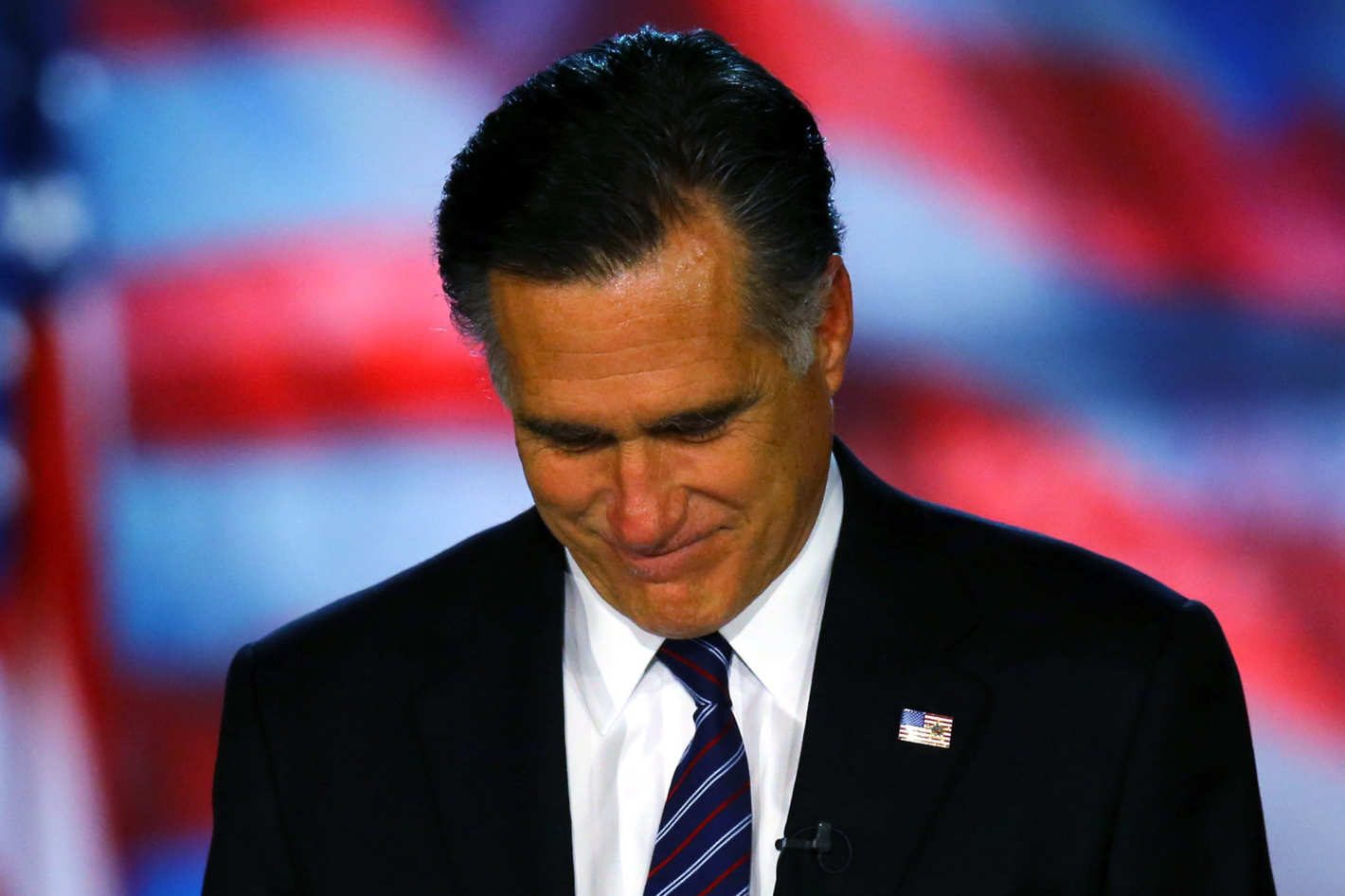 Mitt Romney may have been able to stop all that. Back then, he could have ran for president for the 4.5 millionth time (rough estimate), and maybe that strong jaw and great hair of his would have finally resonated with the American public, and after all those countless millennia of trying, he finally would have taken his oath of office and become our 45th U.S. President.

What would that world have looked like? President Romney, just all up in that Oval Office, being the Commander in Chief, having foreign leaders like the dude from France over to talk about whatever it is that heads of state talk about when they get together. (Maybe they don’t even talk about anything important. Maybe they just say stupid shit that men in power say like, “HOW’S THE WIFE” and “THIS IS A GOOD SCOTCH” and “SOMETHING REFERRING TO GOLF.” And then they go in front of the press and lie about how much they accomplished. I mean, that’s what most people do at their jobs, right? Dick around for a few hours and do a little bit of work here and there and then exaggerate about how much shit they got done? Why should people in power be any different? Why is this parenthetical so long?)

We never had a chance to know what the United States of Romney would look like, because for some reason, the guy who ran for president, like, a gajillion fucking times, decided in 2016 that he just didn’t want to have one more ride on the merry-go-round, so we got stuck with yahoos like Ted Cruz and Donald Trump.

I suppose I could be OK with his decision if he really wanted to retire. I mean, even though his awesome hair might lead you to think otherwise, he’s old enough to collect Social Security (if that hasn’t been dismantled yet). But no, it turns out that the only things that are going to survive the nuclear holocaust are the cockroaches and Mitt Romney’s insatiable need to run for stuff. When Orrin Hatch, 84 yet still with a fuller head of hair than I have, decided that he wasn’t going to seek re-election as senator from Utah, Romney decided to throw his hat into the race. Hatch, who has represented Utah in the U.S. Senate for more than 40 years, even more or less hand-picked Romney to succeed him. On top of that, President Trump, who Mitt called a con-man during the 2016 campaign but has since kissed and made nice with, endorsed the former governor of Massachusetts and perennial presidential candidate. However, in spite of all that, Romney’s path to the Senate will not be an easy one. This past weekend, Romney lost a bid to avoid a primary at Utah’s Republican convention. Romney garnered only 49 percent of the vote, far short of the required 60 percent to shore up the state’s GOP nomination for senator.

Earning 51 percent of the vote at the convention was Romney’s chief competition for Hatch’s soon-to-be vacated seat, Mike Kennedy (not to be confused with all the other Kennedys). Currently representing Utah’s 27th district in the state’s House of Representatives, Kennedy isn’t a figure of much national note. He, for instance, hasn’t run for president a flufflillion times. He did, however, gain some attention when he went on record saying that Utah’s expansion of Medicaid was actually putting people in danger, because people die of medical malpractice, which sadly isn’t the craziest thing I’ve heard come out of a politician’s mouth in the past few years.

Shit’s bonkers out here now, Mitt. There’s no place for your relative normalcy and awesome politician hair in this ornery political climate. We’re doomed, dude. The sooner we all start realizing that, the better.