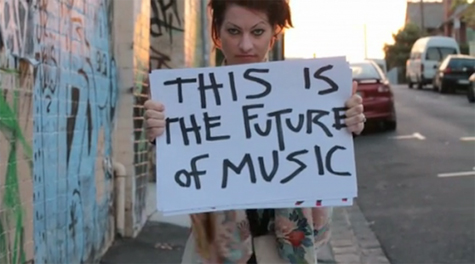 You might not realize it from this column, but I’m a pretty easygoing guy. Despite all my neuroses, paranoia and general anxieties, I’m outwardly placid. I don’t get up in arms about things. Not even about things that should really bother me. I guess my outrage reflex isn’t very well developed.

This outrage reflex is one of the many ways I seem to be behind the rest of humanity. I can only remember one instance where I participated in group outrage: I was walking on a busy street, and a man in front of me was walking along with a stroller in tow. Inside that stroller was an infant, which is the sort of thing you often find in strollers, that couldn’t have been more than a few months old. Then, all of a sudden, the man ran into a restaurant to check if seating was available. What he forgot to bring with him, however, was the child, still tucked comfortably into the stroller as the agape crowd parted around it. People gasped and jeered. I did too. Of course, none of us did anything about it, but the outrage was palpable. The only two beings unaware of the shared disgust were the man, chatting with the hostess and the baby, cooing in its cozy nook.

Outrage, as I found out, is a hell of a drug. It was exhilarating to share such vile feelings with complete strangers. For a brief moment in time, we were all united in our condemnation of this forgetful father and our feelings of superiority over such a horrid man. Really, who would do such a thing? You hear stories all the time where even the most dutiful parent turns his or her head just for a second, perhaps just to toss an empty banana peel into the garbage while spending a lazy Sunday afternoon at a playground when, poof!, their child has been abducted. The gall of this man to just leave that stroller unattended amongst a crowd of…

You see! Outrage can make you feel awesome. It validates every feeling you’ve ever had about how much better you are than everyone else. And you are, right? Come on, admit it. Like when you’re driving–especially when you’re driving–no one knows how to drive except you, right?

You’re not, though. You’re not better than every one else. Sorry to break it to you. And when I’m honest with myself, neither am I, really. Still, reality TV has become an institution because it preys upon the idea that no matter how shitty your life probably is, you’ve at least made better choices than the dude with five kids from four different baby-mamas, or any one of the crackpots on Dance Moms.

Maybe I’m just outraged at outrage, or maybe I’m not as awesome as I think I am because when I let my guard down, I can submit to it as easy as everyone else. Traffic, reality TV and crowded city streets are all good places to experience outrage, but if you want it distilled to its most potent form, the best place to go is the Internet. Specifically, the comments section to just about any article ever posted. Our good friend and editor Mandy Johnston will often send me links to inflammatory articles over Gchat. She’ll usually add an addendum to the link, “You have to read the comments” (italics mine). I usually can’t get past one or two before I start looking like Bill Bixby mere seconds before he, through the magic of TV, became Lou Ferrigno. Recently, though, she sent me an article pertaining to Amanda Palmer, who I had the pleasure of interviewing for Submerge a couple years back. Palmer had always been something of an Internet bright spot. She seemed universally loved, if not for her music, but at least for her connection with fans and her cute Twitter romance with her husband/fantasy author Neil Gaiman (another Internet bright spot). Using Kickstarter, Palmer recently raised over $1 million to record her latest album Theater Is Evil.

Clearly, she has a very generous fan base, but on Aug. 21, 2012, Palmer asked them for even more. On her blog, she put the call out for local musicians to join her on stage for each stop on her tour to perform with her band, the Grand Theft Orchestra. Instead of paying these musicians, “we will feed you beer, hug/high-five you up and down (pick your poison), give you merch, and thank you mightily for adding to the big noise we are planning to make,” Palmer wrote.

“Read the comments,” Mandy said. And there was outrage. Musicians lost their shit. In one of the more creative criticisms, Linden Killiem wrote, “What does that merch include? Is there a shirt that says, ‘I played for a touring “orchestra” and all I got was this T-shirt?’” Others were, as you’d expect, a lot cruder.

Palmer was sanctimonious in her dismissal of these criticisms, but on Sept. 19, 2012, she announced on her blog that she would start paying these “volunteers,” and that also her album charted at No. 10 on the Billboard charts. So everyone wins, I guess.

What bothered me most about the incident was that I found myself agreeing with those miserable outragers. I felt it too. In the only act of defiance I could muster, I unfollowed Palmer on Twitter. It felt dirty… And I liked it.