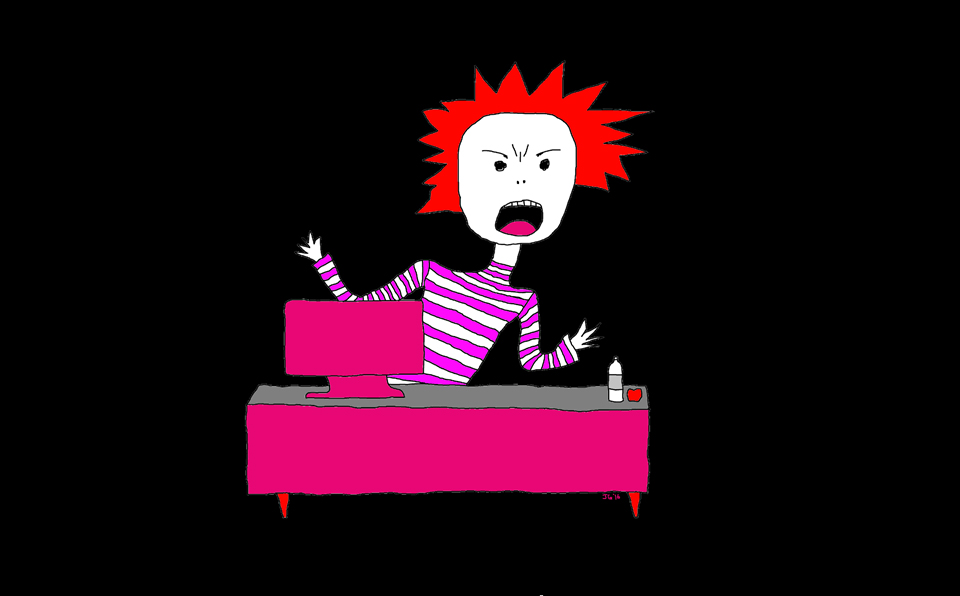 Last issue, I’d mentioned that I’ve been watching a lot of MSNBC clips on YouTube. (I haven’t had cable television for quite some time, so I’d been spared watching any of the 24-hour news networks for a while; however, YouTube’s powerful algorithms were well aware that I enjoyed watching clips of The Late Show with Stephen Colbert, so they decided it was time to start suggesting clips of Morning Joe and the rest of the gang. I clicked one one day—I believed innocently—and ended up descending into the rabbit hole.) As it turns out, outrage really is one hell of a drug.

I’ve been doing my best to limit myself to just a few clips, but that auto-play function is just so enticing. You don’t even have to do anything. It’ll just keep going … Here’s a little Maddow rambling about whatever and eventually getting somewhere. Chris Matthews is just pissed about something. That dude with the dark-rimmed glasses is just looking into the camera and not blinking and I’m like, “dude, are you staring into my soul?” And it never makes me feel good watching this stuff. I never feel vindicated or happy or connected (or even informed, for the most part), I just keep getting madder and madder.

I’m not really sure what the draw is. The internet is now pretty much built solely on getting pissed off about stuff (RIP cat videos). The closest I’ve been able to come to an explanation is when I see stuff that I think is wrong, but for whatever reason, I feel kind of powerless to do anything about, there’s a sort of catharsis in getting all worked up about it, and because it made me mad, then it’s like something happened; therefore, I sort of did something because I got mad. And then I don’t feel as though drinking coffee on my sofa and watching these blustery YouTube clips is a complete waste of time, because I’m getting upset. My heart is beating. My blood is pumping. Then I realize what time it is, and then I have to go about doing whatever it is I do every day.

It’s awful, right? Maybe it’s my self-deprecating nature to believe that I don’t really have the power to do anything positive in the world. Maybe that’s why I default to just sitting around and grumbling about things instead of actually doing something to make the world around me a better place to be. Maybe you have the same issues I do.

Part of the problem is the things that make me the most mad don’t seem to have any kind of solution. I wish I knew how to solve racial inequality, or the sad state of the environment, but I don’t. I wish I could make people stop being dicks to each other, but a lot of people just seem to get off on that, and I don’t think anything I, or anyone else, can say to them will make them stop. I guess all anyone can do is just be as non-dick-y as possible and hope that it causes a ripple effect of non-dick-iness and thus some modicum of positivity will ensue.

To get off on a tangent (because this is originally what I’d planned to write about before I ended up with whatever the hell this is), scientists found this firm evidence of a new type of particle called a sterile neutrino that “passes through matter without interacting with it,” according to an article on NBCNews.com. The sterile neutrino isn’t a new idea. Scientists have believed the particle existed for decades, but they’ve never been able to find solid evidence to back it up.

I was going to write about the sterile neutrino because particles are neat, but then I realized that maybe the reason scientists had a difficult time finding evidence that the darn thing existed was because it doesn’t do anything. It just sort of passes through the universe without ever really leaving a mark. That’s an idea almost as maddening as watching MSNBC clips all day.

If you’d like to do something in your area to leave a mark on your community, check out Hands on Sacramento (Handsonsacto.org) for volunteer opportunities.