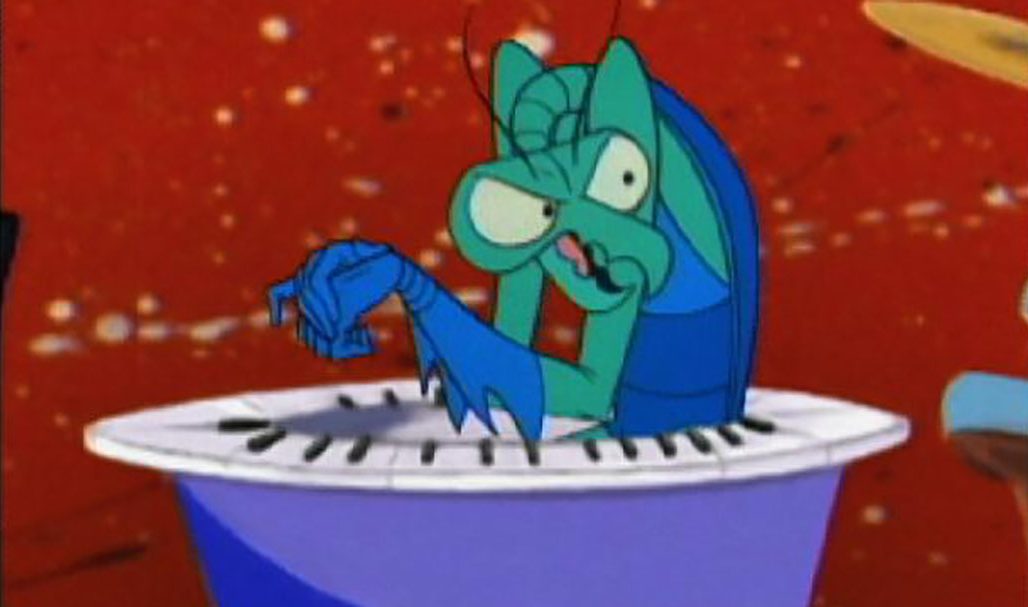 I usually start out my writing process for this space by doing a quick perusal of Google News. Lately, “a quick perusal” has turned into a lightning-fast peek. As you may or may not have noticed, there’s been no shortage of headlines lately to get me riled up enough to espouse on for 750 words or so. This past week: Our pasty-faced White House Chief of Staff copped—more or less unprompted—to the very thing the president was being accused of in this whole Ukraine mess, then released a statement saying that that wasn’t what he said, even though, like, I just fucking saw him do it. Was it a flashback to that one time I dropped LSD in college? What if I’m still tripping balls on that day right now, and all of this, Submerge, the Trump presidency, my marriage, are just illusions? I’m still lying on my back alone on my friend’s dad’s water bed communing with the cosmos, and it turns out the cosmos is a mischievous prick.

And that was just one thing. It wasn’t even the most important thing. What even are things, you know, man? Dude? Bro? Mandudebro?

But today I was on Google (shit, have I also imagined Google?), and I noticed something I hadn’t before—perhaps because the headlines are always so garish, or because I had only just conjured it. There, to the right, was a tiny, gray, unassuming rectangle, somberly labeled “Fact check.” Beneath the header followed a list of links to sites such as Polygraph.info, Snopes.com, PolitiFact and, most surreally, Truth or Fiction. I’m not even sure how mutually exclusive those things are anymore.

A link from the latter caught my eye: “The Anti-Semetic Origins of ‘You Cannot Legislate the Poor into Prosperity.’” The claim on Truthorfiction.com is that this statement about poverty was first argued by Southern Baptist leader Adrian Rogers, a man I’ve only just now become aware of (summoned into being from the waterbed) because I logged onto Google News at this exact instant.

The quote, attributed to Rogers back in 1931, goes on to say, in part, “What one person receives without working for, another person must work for without receiving. The government cannot give to anybody anything that the government does not first take from somebody else … You cannot multiply wealth by dividing it.” The original poster, as credited by Truth or Fiction, stated on Facebook, “READ THIS…..TWICE…..IF NEEDED,” because all caps makes it true. According to the fact-checking site, however, the claim that Rogers was the first person to propose this ass-backward argument against social safety nets is false. Regardless, since January 2019, it has been shared 429,000 times.

The first problem with the quote is that Rogers was born in 1931. Though it’s mentioned on this fact-checking entry, I didn’t have to be an astute investigator to discover this interesting tidbit of information. I just googled his name and, without even clicking any other links, there was his picture, beneath which was his DOB (and also the date of his death in 2005 … I guess it’s easier to attribute bullshit to dead dudes because they can’t say that they didn’t say that). I suppose it’s possible that Rogers just happened to be a prodigy of conservative ideology from birth and did somehow pose such a thesis, but it’s safe to assume that this probably wasn’t the case. Instead, the Truth or Fiction has attributed the quote to Gerald L.K. Smith, who published the magazine The Cross and the Flag for the Christian Nationalist Crusade. Smith was also a holocaust denier, according to the site, and was quoted in an interview with the New York Times as saying that though he didn’t feel “a particle of hate for any man,” (aww, so sweet!!!) he was “against permitting Jews to dilute our Christian tradition” (oh …).

According to Truth or Fiction, “Rogers did adopt Smith’s argument against ‘legislating the wealthy out of prosperity’ in a series of sermons in 1984. He later recycled it again for his book Ten Secrets for a Successful Family. His ministry organization, Love Worth Finding, also used the statement as the basis for an online offer selling the former work for ‘a special price of $30.’ However, he never revealed the origins of the quotes he used.”

So I guess Rogers was kind of Facebooking before Facebook was a thing. Good on you, bro. You foresaw the post-fact world in a vision from God or whatever, while I was just there on that water bed listening to Space Ghost Coast to Coast. Zorak, be my shepherd.