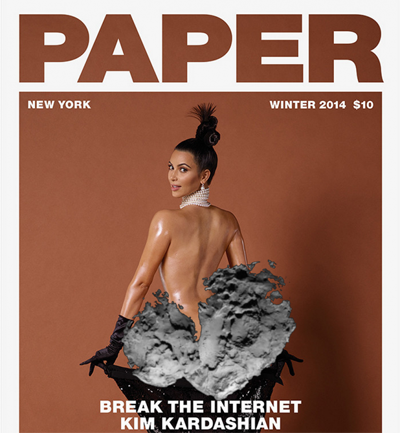 A million years ago when I went to college, I took Astronomy as my required “science with a lab.” I thought it was going to be awesome. I was heartily disappointed. All we did was read textbooks, work math equations and dick around on crappy computer programs in the lab. Sure, we’d talk about nebulas and supernovas and far-off galaxies and all that cool stuff, but, you know, that stuff is really far away. And I went to a city university, not a NASA training program, so I never actually got to go into space. I mean, I was reasonably sure that a trip to the International Space Station wouldn’t be on the syllabus for Intro to Astronomy, but a boy could dream.

That’s the big problem with space, though; it captures the imagination. Imagination isn’t the hot commodity it once was. Nothing is left to the imagination anymore. I guess that’s why the European Space Agency (ESA) dropping a lander on a comet had to play second fiddle to Kim Kardashian’s ass this past week.

It’s sad. It’s really sad. As you’re most likely aware, Kim Kardashian, who’s famous for being rich, stupid and married to Kanye West, posed naked for Paper Magazine, showing off the other thing that’s she’s famous for, her plump tuckus. Kim’s sister Khloe told E! that her sister’s photo shoot was a big “eff you to the world,” you know, because the world has been so harsh for Kim and the rest of the Kardashians—ensuring them a life of excess and comfort for doing absolutely fucking nothing.

“People were just so hard on her during her pregnancy, that I think she feels so liberated to show everyone ‘Look how bomb I look!’” Khloe said.

Liberated. Right. Because for months she had to languish through Internet troll-oppression. I’m sure people wondering whether or not they’ll find clean water today or living under the thumb of a tyrannical government are so stoked for you, breaking free of your shackles and whatnot and glazing your giant booty for the world to see. Brava. Really. You’re a treasure.

If you actually noticed the cover text and weren’t hypnotized by Kim’s juicy rump, you would have seen the words “Break the Internet” placed beneath those luscious cheeks. I guess Kim figured that these racy photos would cause so much of a stir on the Interwebs that the whole damn thing would grind to a halt.

Of course she was right. We suck. We let it happen. You suck for posting links to poorly written HuffPo articles about it. Your friends suck for taking time out of their busy schedules to create clever parodies of the incendiary photo and sharing them on Instagram. I suck for wasting all this column space pissing and moaning about it. I’m probably worst offender in that regard. Trees had to die for this column to be printed. I’m pretty sure even just one tree nestled away in the forests of Canada has made more valuable contributions to the quality of life on planet Earth than all the Kardashians combined.

We landed on a comet for heaven’s sake! A COMET!

What’s wrong with us? Maybe it’s not our fault. Let’s compare Kim’s Paper cover photo to the first image confirming the Philae lander had found purchase on the Rosetta comet’s surface. The latter depicts an almost featureless, pixilated light gray landscape with a few small dots of darker pixels. ESA drew little circles over the spots where the lander was, its shadow and the cloud of dust Philae made when it made contact with Rosetta’s surface. They went so far as to label what they’d circled, because if they hadn’t, you really would have had no idea what you were looking at. It almost seemed like a desperation move, like ESA was saying, “Hey! Check this out! We swear it’s momentous!” In all honesty, it sucked. It was like a shitty piece of modern art.

The former image, that of Kim’s mighty kaboose, had a lot more pizzazz. Kim’s back was to the camera, and she was staring back at the lens over her left shoulder. Your eyes moved down her bare back to her Photoshop-pinched waist and then further down until you hit pay dirt. There it was in all its splendor, oiled up to a glossy sheen…it was like the two sexiest glazed donuts ever, just perched there, taunting you.

Space really didn’t stand a chance. The ESA would have to have produced photographic evidence of wookies or ewoks or maybe even Jar Jar Binks (OK, not Jar Jar) living on Rosetta to compete with an ass like that. Maybe they could Photoshop a few little green men hanging out on the comet? Photoshop seems to be working for Kim.