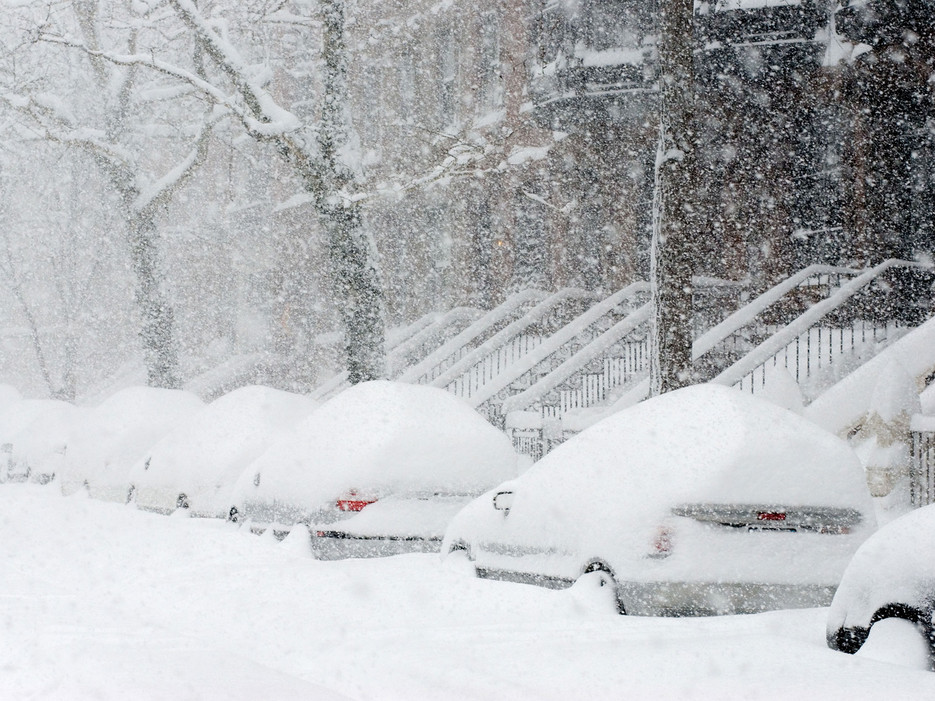 I mentioned in a column around election time that I’d been watching a lot of clips of George Carlin on YouTube. I loved his work so much and I still do because he’d incite in me an inner debate. Sometimes what he said made me laugh (most of the time), and other times I’d be almost infuriated by some of his brash statements about people or America or religion, but even in those moments, he said things that struck a chord with me, whether I wanted them to or not.

He has this one bit about natural disasters, and he asked the audience, “Don’t you have a secret part of you that always hopes it gets worse?” Unfortunately, I do. Like Carlin later admits in the same bit, he doesn’t want to see anyone get hurt (he used the example of firemen putting out a raging wildfire, in this case), but who doesn’t love a good storm?

When I was a kid in the Northeast, I couldn’t wait for snow storms. I’m not talking about the common 3-inch variety. Those were boring. They’d frost up the car, grass and maybe a bit of the roads, but as soon as the sun came out, all that really would remain was the gray, exhaust-stained piles at the end of everyone’s driveways. I always rooted for the world-stopping 2-footers: howling winds, driving snow, life and traffic grinding to a halt. I’d always be disappointed when the meteorologist would come on-air and say something like, “Good news, the new weather models are showing the worst of it will now be to our north and west.” North and west of the city always got the best snows. Over on the coast, we’d get an eventual change over to rain, which was always a fucking bummer.

But I’d be so excited when they would come on and say, “We now expect the heaviest accumulations along the coast.” And it wasn’t just me who was excited—hoping this meant school would be closed and I could have a highly coveted snow day—but I’d see the twinkle in the meteorologist’s eye too. He or she didn’t want a run-of-the-mill winter “rain event” either. They were hoping for the big one.

I’ve lived through a few of those storms in my life. They’re fucking spectacular. If you’ve never sat inside through a blizzard, or were brave enough to venture out and walk around in one, I highly suggest you put that near the top of your bucket list. The wind kind of sounds like glass breaking far in the distance. The only problem is, once it gets started, I never want it to stop, like Carlin talking about springtime rains flooding the Midwest, I just want it to keep snowing and snowing and snowing and snowing …

Maybe it’s a morbid curiosity that we all have. Maybe that’s why northbound traffic always slows even when the major accident is on the southbound side of the freeway. I just want to see what would happen. What would happen if it just started snowing and didn’t stop for a year or so? What would we do? Who would we become? Would we ever be able to dig out? How long can you play a game of Monopoly before you’ve done permanent harm to your relationships with your friends and family? These are all big questions.

That’s probably why they’re so fascinating. You never get a chance to answer questions like these in your everyday life. You get, “Hey Kristen, did Evan ever get back to you about that email? Would you circle back to him after lunch?” You know, the things that seem important until something crazy happens, something like an Act of God that makes you realize that they’re really not.

So I ended up watching Donald Trump’s first press conference as president-elect, which, given my inclination for hoping things get worse, was a huge mistake. I figured that I had to, though. I figured, hey, you’ve got to see this. It’s better just to face your fears and realize that it’s really not going to be as bad as you think it’s going to be. I should preface this by saying that going in I was blissfully unaware about the dossier that Buzzfeed had leaked, which CNN had reported on. I was just expecting some mumbo-jumbo I didn’t really understand or care about regarding what’s going to happen to his business interests now that he’s president. I giggled when I saw all the manila envelopes filled with mystery documents laid out on the table next to the podium, figuring they were probably just stuffed with blank printer paper, because it looked like something you’d do for show and tell.

Then some little dude got up there first and started squealing until he was red in the face about fake news and the media is bullshit or whatever and I felt it creep up in me. That hope that this would just get worse, and the worse it got, the happier it made me. “Why are you watching this?” my wife asked as the whole thing devolved further into a playground spat over dodgeball. “I don’t know,” I answered. But I knew, I just didn’t want to admit it.