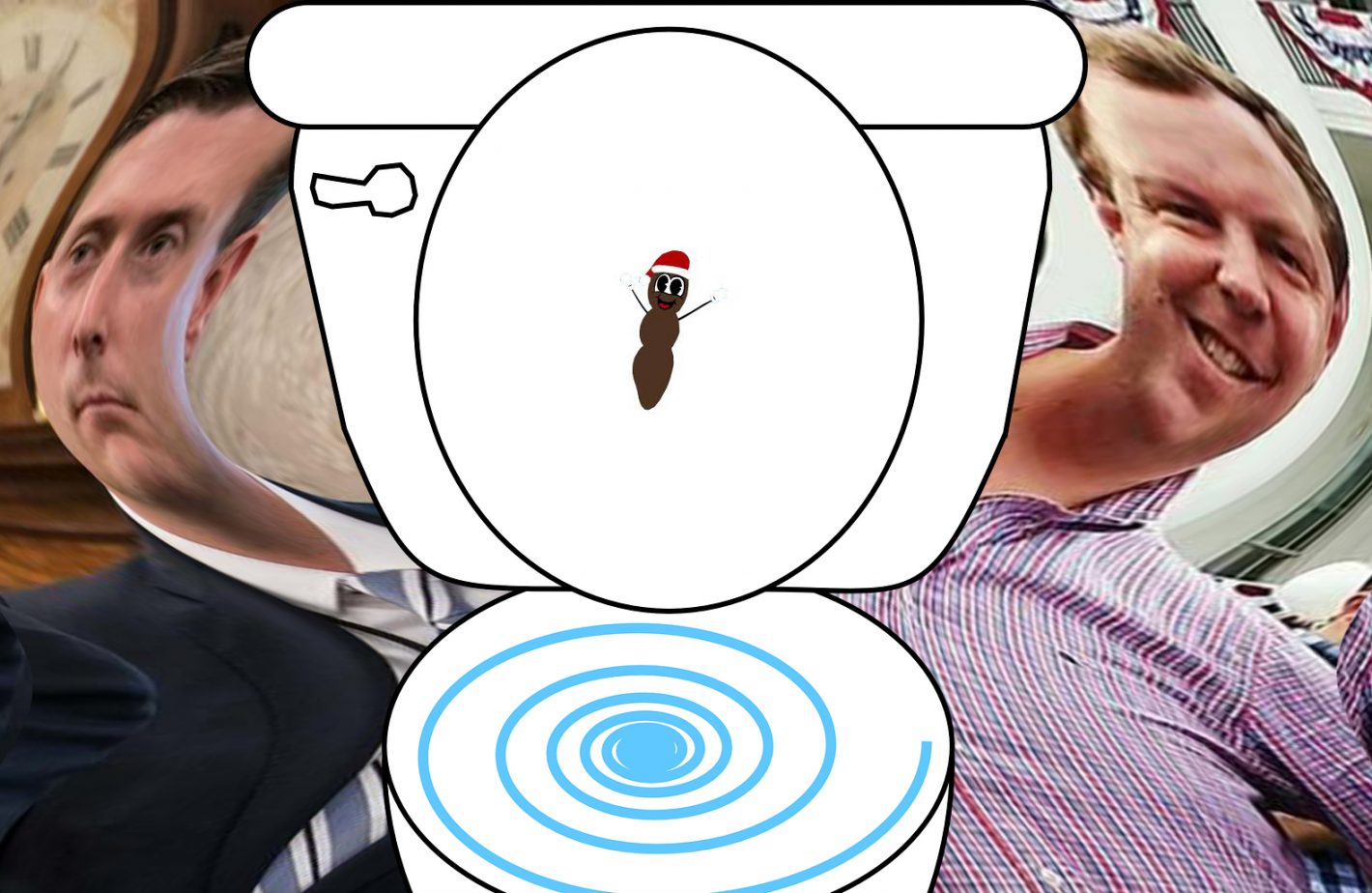 I suppose I should start this with a bit of a warning: You may consider this an “over share.” However, I think it’s important that you should know. Last night I had a lengthy ordeal with my toilet bowl. It wasn’t a messy affair, but it was annoying nonetheless. You see, I love my apartment. I’ve been living here for five years. It’s in a neighborhood I really enjoy, and for the most part, the superintendent and landlord keep everything clean, are around to answer any concerns and my neighbors don’t seem to mind that my wife and I enjoy acting like complete dumbasses most of the time. There is one problem, though, in my one-bedroom version of paradise: the toilet.

For the most part, it’s fine. It’s just annoying. Often after I poop (look, I promise this is important), I have to plunge because it gets clogged. Maybe I just poop big, but regardless, the plunger has become one of my most frequently used appliances over the past five years. Last night, after a long day at work, I came home with the urge to lighten my load. I pooped, flushed, and though it sounded like everything was working as designed, I could tell something was wrong. Sure enough, and without getting too graphic, there were still loiterers floating about. I flushed again to see what would happen. This is part of my strategy. I like to know what I’m working with, how urgent the situation is. To my surprise, the toilet seemed to flush properly, but my Spidey sense was tingling. Something was off. That perfect whirlpool a good flush creates wasn’t quite right, so I plunged, and plunged, and plunged.

I thought, maybe I’m just paranoid … But that’s when I saw it. One singular turd popped back up out of seeming oblivion. Thus began a half-hour-long saga.

I’d flush, it would disappear; I’d plunge, it would return. I was pretty sure it was mocking me.

As I went through this harrowing ordeal, my thoughts naturally drifted toward the Trump administration. It seemed like a fitting metaphor. Like, I’m sure you wake up every day and go about your business. Your day, much like mine, has its trials and tribulations, successes and failures, and you probably have a more or less equal mix of laughter and grumbling. Maybe you watch something on the couch with your significant other, or you listen to something interesting on public radio, or you just read the new Dan Brown novel on the light rail on your way to work. You make some spreadsheets. Answer some emails. Marvel at the cool design your favorite barista carved into your latte. Your hours are blissfully occupied, but in the back of your mind, you know that something is wrong. Then maybe you catch glimpse of a television screen playing CNN and that’s when you see that turd you thought had been flushed away floating back to the surface.

So this past week, two White House staffers resigned amid allegations of domestic abuse. One, Rob Porter, was a bit of a rising star in the administration. I’m not sure what nefarious deeds you’d have to do to earn such a designation, but they probably involve drafting puppy-kicking legislation or clear-cutting large swaths of Yosemite to build a golf course. Porter was facing accusations of physical abuse from both of his ex-wives and an ex-girlfriend. White House Chief of Staff John F. Kelly, often referred to as one of the administration’s few adults, first came out in defense of Porter, but after photos surfaced of one of Porter’s ex-wives sporting a black eye, he changed his tune and sent an email to his staffers stating that the White House takes domestic abuse very seriously, saying, “Domestic violence is abhorrent and has no place in our society.” Though it should be noted, they probably knew about Porter’s “abhorrent” behavior for months. Ringleader Trump, of course, didn’t address the alleged victims of the abuse, but instead praised the great job Porter did as a member of the White House and via Twitter mused about Due Process, which is something he will likely have intimate knowledge of very soon.

The second staffer to resign, David Sorensen, was a member of Trump’s speechwriting team (which, honestly, shocked me that there was an actual team behind these speeches). His ex-wife Jessica Corbett accused Sorensen of running over her foot with a car, putting out a cigarette in her hand and other lovely spousal behavior. Sorensen, of course, took the high road in the face of these allegations and blamed Corbett for abusing him, saying she beat the tar out of him on numerous occasions, including a “flurry of punches” he received for wanting to go to the gym before breakfast. Neither Corbett or Sorensen had filed charges with police.

So there’s a couple more down the drain, but there’s still a floater. Something’s still not right. The good news is that, just like my toilet, it will all flush down eventually. Sometimes you’ve just got to keep plunging.