The Gifts Keep on Coming 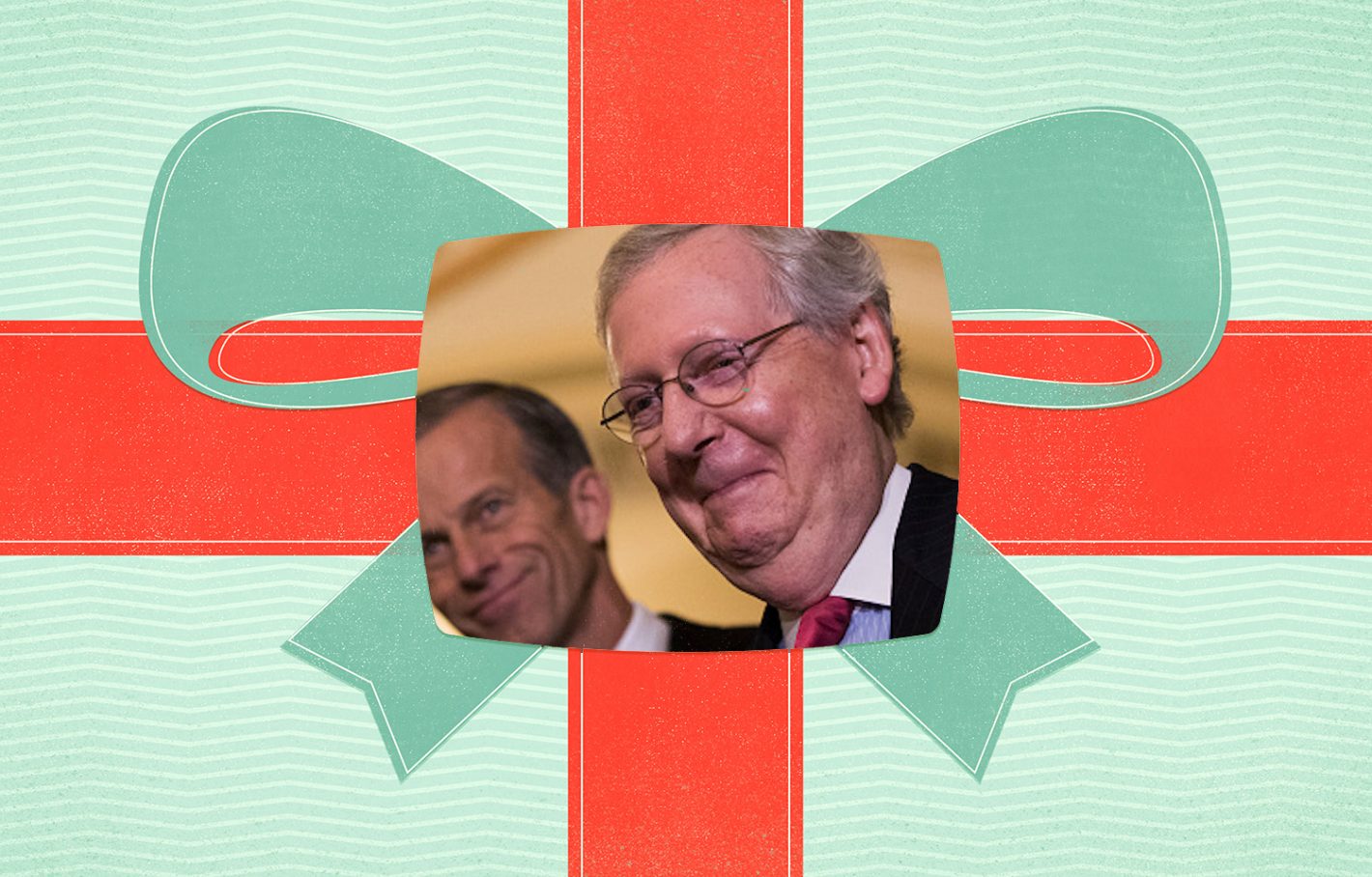 Last issue my tone was pretty gloomy. I don’t expect it to get much better this time around, but I feel like I’m obligated to mention that I really do love this time of year. Believe it or not, I’m actually the guy you’d like to have over to your house for the holidays. I’ll toss the pigskin outside with the kids. I’ll always come back for seconds and give my compliments to the chefs. I’ll even bring a bottle of whatever, so you won’t feel so bad about me drinking all your booze. I won’t ever say something out-of-pocket to your Auntie Clara, no matter how many Sambucas I’ve had with my after-dinner coffee, and once all the guests have gone home, I’ll even help put the plates in the wash and treat you to the first round at the bar.

I fucking love the holidays. Even at my advanced age, they make me feel like a goddamn kid again every freakin’ year. When I hear “God Rest Ye Merry Gentlemen,” I burst into snowflake sparkles. The shit is real. That’s why I’m pissed the world, as it is right now, won’t let me enjoy the most enjoyable time of the year.

Look, all I want to do is stock up on six-packs of Anchor Christmas Ale and re-watch The Sopranos from the beginning for the umpteeth time (in full-disclosure, the latter is happening as I type this, and, yes, it does get better every time I watch it). I see the pile of gifts in our apartment growing, and it just makes me want to call work and say, “Listen guys, I’ll be back in mid-January. Peace out, bros.” But I have to write this thing every two weeks, and that means I have to at least once every 14 days look at Google News and make myself sick. It reminds me the world is a real place and not just Magical Christmas Land like I wish it was. Hell, I’d settle for the world being Magical Sopranos Land at this point. Like, you know it’s bad when watching Adriana La Cerva get whacked is less disturbing than a peek at your Facebook news feed.

So as my wife and I compile gifts for parents and siblings and nephews and such, the world at large keeps tossing lumps of coal in my lap. One of these gifts came from the GOP-controlled Congress in the form of their new tax bill.

I have to be honest: I don’t understand tax law at all. Not even in the slightest. So I’m not so sure what this thing means for me or us or rich or poor people. I’ve read a lot of statistics and seen a lot of colorful infographics. Unfortunately, I haven’t been able to decipher any of it. I even saw something on one news site where they had cartoon images of hypothetical families with hypothetical household incomes with estimations of how they’d be affected by the House and Senate versions of the bill. I was excited to see that at first, because I thought that would be the most helpful. Alas, I was still completely lost. I’m just going to assume that if it made Mitch McConnell smile, that I’m probably not going to like it. I mean, it’s safe to assume anything that makes that man smile must be bad for everyone except him and his pale gray ogre buddies.

It is remarkable, though, that they were actually able to get their shit together and pass something. It’s probably a shitty something, but I mean, look at that … legislation. From legislators. Holy mackerel! It must be great having a job where you never really have to accomplish anything, and then when you finally do, it still kind of sucks and everyone hates it, but you get to work in this really amazing, historic building and have the summer and holidays off and have great health insurance. It sounds almost like the American dream or something.

Well, whatever all this tax reform ends up being, it’s almost comforting to know that there’s really nothing I can do about it now. It’s there, and some people are going to get really rich, I’m sure, and for a while, my retirement savings will probably bloat to the point where I’m thinking that maybe it was a good thing after all, and then, like it did before, the bubble will burst and I, and a lot of people like me, will be left with next to nothing (except by the time I’m really old, Social Security probably won’t exist anymore). But I don’t have to worry about that this Christmas, right? I’ll just have to pay for it later. Sounds like a plan.