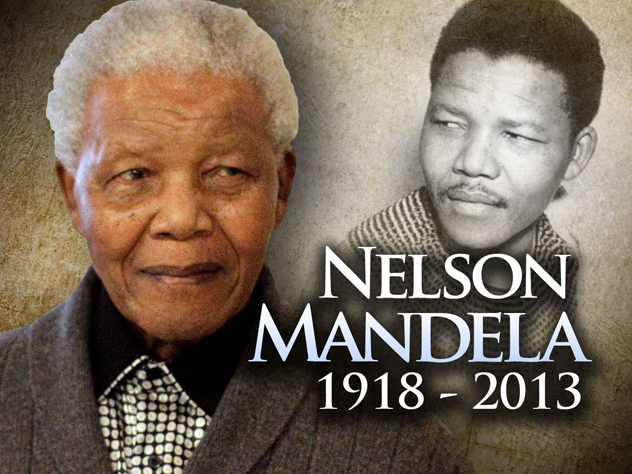 Last week, the world lost one of its great luminaries. Nelson Mandela passed away at his home in South Africa at age 95, accomplishing more over the course of his lifetime than most of us could possibly ever dream of. Not only did he help free his nation from racist politics, but he also inspired people of all nations to strive toward greater equality. It’s a sad loss, but Earth would be a much sadder place if Mandela had never lived.

When anyone as important and genuinely iconic as Mandela dies, everyone feels the need to comment about it. Social networks explode with “RIP” posts, and rightly so, even though it can seem tedious after a while. Perhaps even this column will sound tedious as you’ve no doubt been inundated already with looks back on Mandela’s public and private life. However, I wasn’t even born when fellow freedom fighters Martin Luther King, Jr. or Mahatma Ghandi were alive and were killed. I grew up with Mandela as my glowing bastion of hope for a better world, so I kind of hold him the most dear.

What I like most about when a great person passes is that you hear things about their lives that you might not have known. For instance, I didn’t realize Mandela was a boxer in his youth, which, to me, builds him up further as a sort of mythic hero…the great warrior poet who led his people out of bondage.

Another thing I never noticed before, now that photos of him are being published everywhere, is that the dude had a killer smile. I mean, you’d think after being sentenced to an island prison for 27 years of hard labor would make you rather surly. I get surly if passing traffic outside my window messes with my television reception during a football game (I don’t have cable, which also makes me surly). I’m grumpy as hell if I don’t eat something every two hours. If I was forced to go to prison for fighting against an oppressive government, I would be the most incorrigible fuck in the universe. Not Mandela, though. I mean, I’m sure he had his moments. Everyone gets miserable every now and again, but even through all the hardship he had to face, and all the responsibility he had after getting released from prison and getting sworn in as president of South Africa at 75, he still had a big cheesy grin—almost goofy, even.

And then there’s the quotes… Mandela was a quote machine, each seemingly more inspirational than the next. I like this one: “If I had my time over I would do the same again. So would any man who dares call himself a man.” And, “No one is born hating another person because of the color of his skin, or his background, or his religion. People must learn to hate, and if they can learn to hate, they can be taught to love, for love comes more naturally to the human heart than its opposite.” But he was also able to poke fun at himself, such as in a 2000 interview on Larry King Live, “No, no, no, everything is all right. I have regular medical check-ups and they say I won’t die this week.”

Back when I was 8 years old, I actually had a dream about Mandela, even though I’m sure I didn’t understand the magnitude of his persona or struggle. What probably registered was that he was a good guy and the bad guys wanted him punished for it. In the dream, my mother and I were invited to meet Mandela in the covered playground of my elementary school. We were both really excited about it, since it was a secret, exclusive sort of meeting. Men in suits (a la Secret Service guys) greeted us at the entrance of the playground and communicated via headsets while ushering us through a ring of faceless people… Well, they weren’t exactly faceless, because that would be a fucking nightmare. But you know how stupid dreams are.

Anyway, when we cleared the ring of onlookers, there was Mandela, standing humbly with a few attendants. My mother and I fumbled over our words as we shook his hand and said how much we admired him. He was very nice to us as he thanked us for our kind words. We asked him, “So, do we call you ‘Nelson?’” to find out how he preferred to be addressed.

I’ve never been quite sure what to make of that dream, but nevertheless, it has stuck with me my entire life. What do dreams mean anyway, right? If Mandela taught me anything, it’s what we do in life that matters most…sorry, I mean Mr. Mandela. Rest in peace, sir. Thank you for making the world a better place.