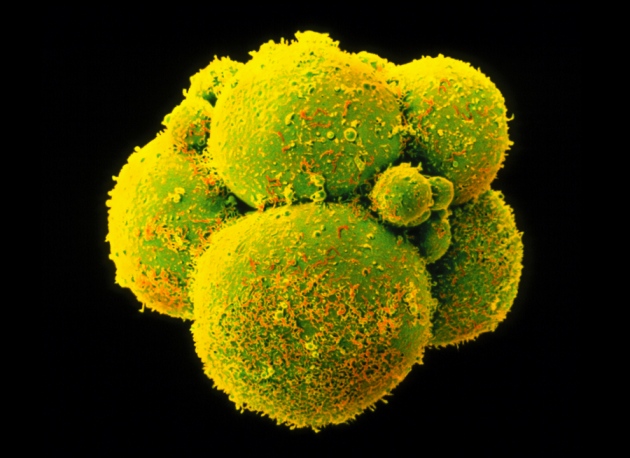 It’s quite possible that the dawning of the new age is upon us.

If you’re reading this in a public setting—hypothetically, let’s say a Carl’s Jr.—take a look around you. That person at the booth across the way, the one pounding the Western Bacon Cheeseburger and side of CrissCut fries; the one with the barbecue sauce dribbling down his/her chin is the product of 5 billion years of evolution. Like, the Big Bang, asteroids, stardust, ferns, amoebas, dinosaurs and woolly mammoths all led up to that person in the booth across the way washing down his/her tasty fast food meal with a Diet Coke. Just think about it for a second. Suddenly it’s a thing of beauty, right?

But what’s next? Sure, evolution is happening right now, supposedly, but who can see it? We’ll be long dead before whatever creature replaces Homo sapiens walks the Earth. It’s sort of the way of things. How many neanderthals have you bumped into recently?

Evolution is a slow-ass process though, and, as it was once fashionable to say on the Internet, ain’t nobody got time for that. We want everything on-demand. I don’t know about you, but I’m sick of waiting around for all this evolving to take place. I WANT IT NAOW.

Good thing some scientists in China are working on creating a new race of superbeings in their lab or whatever. OK, not really, but I prefer to let my imagination run away with things. It’s really the only way I can get through the day.

A team of super smart people headed by Junjiu Huang of Sun Yat-sen University published a paper titled “CRISPR/Cas9-mediated gene editing in human tripronuclear zygotes” in the journal Protein & Cells. I would have read the study, but I wasn’t able to read through the title without feeling like an idiot. Anyway, it confirmed rumors that genetic modification experiments had been conducted on human embryos, which caused many in the scientific community, and just your run-of-the-mill laymen like me, to pontificate about whether or not this sort of thing is ethical.

I’m not going to enter into that sort of debate. I can’t tell you whether or not something is ethical if I don’t really know what the procedure is. But clearly, the ramifications on what this could mean to this and future generations are truly something to ponder.

The embryos Huang and his team experimented on were obtained from fertility clinics and were classified as “non-viable,” which meant they were incapable of a live birth. Their aim was to remove the gene responsible for a potentially fatal blood disorder, ?-thalassaemia, using the CRISPR/Cas9 genetic modification technique—which is Star Trek as fuck now that I look at it.

However, according to the BBC, their efforts were mostly unsuccessful. “In some embryos, new genetic mutations, so-called off-target effects, arose in unexpected places,” Smitha Mundasad’s article on BBC.co.uk stated.

It got me wondering what they meant by “off-target” and “unexpected,” like, did the embryo grow antlers? Did it glow with the light of a thousand suns? Was it able to quickly divvy up the check for a party of six and calculate a fair and generous tip without use of a calculator?

What if it gained super powers? Like Wolverine? Or Storm?!

As the ethics and legality of what Huang and his team were doing were hashed out, one doctor, Yalda Jamshidi of St. George University hospital pondered “what unpredictable effects” all this meddling would have on “future generations.” 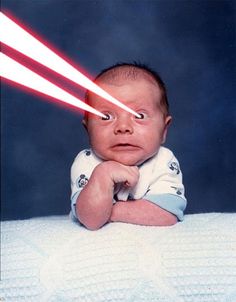 UNPREDICTABLE?! I want a baby who shoots fucking eye lasers!

Well… Perhaps not. It’s tough enough raising a child with all the free access they have to the Internet nowadays without having to worry about the little tyke accidentally frizzle frying the poodle with his/her eye beams.

That’s why I’d totally volunteer to have my genes altered. I’m a grown man of 38 and have the moral fortitude and maturity needed to handle the responsibility of any/all powers that might be bestowed upon me via genetic mutation. If you’re wondering what my qualifications are, I hold down a full-time job, pay my rent on time every month and I’m even more or less up to date on all my student loans.

Furthermore, if I had mutant superpowers, I’d promise to use them responsibly, and not just to get women to sleep with me or whatever. I’d get cats out of trees, help old ladies cross the street when/where applicable and be on the front lines fending off any and all supernatural threats from other galaxies, alternate dimensions and/or whatever dark beasties dwell in the center of the Earth, and I’d most certainly never run for public office.

So Mr. Huang (can I just call you Junjiu?), if you’re reading this, have at it. I’m ready for the next stage in human evolution. I want to be super awesome and move our species forward. And, like, if you could give me the gene for six-pack abs in the process, that’s cool too.